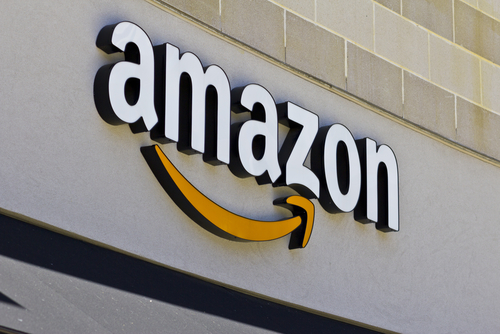 Every morning, Amazon employees start their day by answering a question that pops up on their computer screens.

The questions are typically work-related, with topics ranging from thoughts about their managers to the length of meetings, or the number of times they’ve received positive feedback in the past week. In some cases, it asks less sensitive questions like how crowded bathrooms get, and even throws follow-up questions when needed.

The daily Q&A program, called Connections, rolled out across the company in April of last year after small pilots beginning in 2014. It’s one of the most ambitious HR programs Amazon has launched in the past year to better understand its sprawling workforce, which is now estimated to be the second largest in the U.S. at over 566,000.

CNBC talked to more than a dozen current and former employees to get a sense of how this and other HR programs are working. Some expressed skepticism about Connections, saying they weren’t convinced the answers were truly anonymous, while managers weren’t always sure how to use the data.

Employees were much more positive about a revamped employee review program called Forte, introduced last year to simplify the reviews process and focus on employee strengths instead of weaknesses. The employees declined to be named because they were not authorized by Amazon to talk to press.

These programs are important as Amazon works towards shedding its image as an exceptionally demanding workplace, exposed most starkly in a 2015 New York Times article that portrayed people crying at their desks amid a lack of work-life balance.

Workplace culture has improved since then, as suggested by positive ratings on Glassdoor, an anonymous workplace-reviews site. In March, LinkedIn said its data showed that Amazon was the most desirable employer in the U.S. In conversations today, current and recent employees generally describe it as a demanding place to work, but praise its leadership and express pride in working for one of the top tech companies in the world.

Amazon told CNBC, “We launched Forte and Connections several years ago and have gotten positive feedback from employees – they tell us that these are useful tools for them and their teams. It’s great to see that this also comes through in surveys done by third-parties like LinkedIn and Glassdoor, which reflect these and the many other programs we’ve built for employees over the past 23 years.”

In conversations with CNBC, employees questioned the Connections program’s true anonymity and said they feared potential backlash if they give negative feedback about their jobs and managers.

“There’s just no way you’re going to answer it honestly without an absolute guarantee that it’s anonymous,” said one person at the company.

Two managers said the feedback from Connections help them running their teams. But one of them said some people have asked about potential “repercussions” for sharing critical feedback, while the other said he doesn’t put a lot of importance on the program in general.

Amazon seems to be trying to increase employee engagement with Connections.

In February, Amazon’s People Science team, which was previously known as “WW Operations Connections” and supports employees and managers in its operations group (including fulfillment centers), sent out its first pilot newsletter to raise awareness about the program.

In the email, obtained by CNBC, the team said it would hold a monthly webinar called ChimeIn, to give employees “the opportunity to dive deep into Connections and ask any questions you might have.”

In the newsletter, People Science is described as a team that “uses employee feedback, science, and technology to help leaders solve business problems.” According to people familiar with the team, People Science is part of the HR organization and closely analyzes Connections data.

In September, Amazon hired Krish Krishnan for the team. Krishnan previously spent over seven years at Microsoft, mostly as part of its artificial intelligence team. On LinkedIn, Krishnan once described his team as a group of researchers, data scientists, and machine learning experts trying to “understand the sentiment, provide actionable insight in real time, and enhance the work environment.”

One person involved with People Science said one of the team’s broader goals is to identify the best employees while reducing attrition. This person pointed out that many tech companies, most prominently Google, have “People Analytics” teams that help turn employee feedback and data into meaningful HR initiatives.

“You can quantify a lot of these things using data, and that’s exactly why you want to have a team like this,” this person said.

Still, some employees aren’t sure how meaningful the data from Connections is. Most managers give regular reviews of the data to their teams, but some say they haven’t been given detailed instructions on how to evaluate the data.

While employees are somewhat skeptical about Connections, they are more positive about Forte, a new annual review system put in place early last year.

One person described Forte as a much more positive process compared with the prior review system, focusing less on shortcomings and more on strengths to help reach one’s goals for the next 12 months.

Another person said it asks for your “super powers” so the manager can help groom those skills, while a third person said it’s a “nice shift” from the previous process that was much more “stressful.”

“Instead of focusing on your weaknesses, it focuses on what you’re doing well and what you could do to improve,” one person said.

Amazon’s focus on the positives seems justified by the feedback it has received from Connections. In a September email to some employees, Amazon’s HR boss Beth Galetti pointed out that Connections data helped her identify the three areas that make the greatest difference to her employees’ job satisfaction: a sense of making progress in their career, ability to use their strengths at work, and seeing work as a positive challenge.

“This daily feedback has been beneficial to both employees and the company by: 1) identifying team and leadership strengths, potential opportunities, while building upon Amazon’s peculiar culture, and 2) surfacing pain points that get in the way of delivering the best possible experience for customers,” Galetti wrote in the email.

Like any new HR tool, Connections will need more time to become a truly effective feedback program. And with Amazon expected to grow even further this year — in addition to the roughly 50,000 new employees at its HQ2 — Connections is expected to play a bigger role in building trust with its employees.

In fact, in its first newsletter, the People Science team stressed the importance of trust by sharing a riddle that shows five things to “help you earn” it.

“How about a riddle,” the newsletter said. “You can have me but cannot hold me, gain me and quickly lose me, if treated with care I can be great, and if betrayed I will break. What am I?”