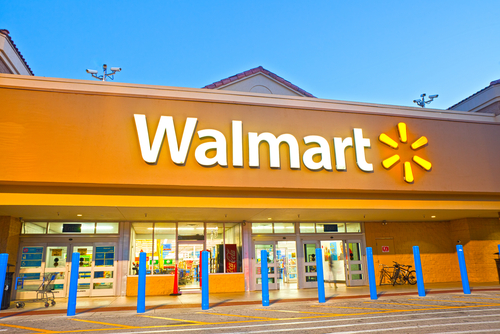 How about some random observations you might appreciate, or perhaps not so much?

First, I wish athletic shoe manufacturers would regain their senses and realize each of their products doesn’t need 12 feet of laces to get one properly tied. Not only will they save money by trimming several inches from each, I’ll no longer have to triple tie or wrap the laces completely around my shoes just to get them tied.

My most anxious moments navigating any crowded Walmart store is that blind split-second when I’m forced to commit to leaving an aisle and re-entering the mainstream flow. I’ve been known to accidentally sideswipe other customers who mindlessly push their carts toward the two-for-a-buck kumquats when, out of the blue, I suddenly came a-calling.

My suggestion for Bentonville’s Walmartian deciders is to make life easier for their shoppers and strategically place mirrors at each end of the food aisles that enable us lowly customers to know when fellow shoppers are approaching. The expense can’t be that great. Gosh knows, it would eliminate our end-of-aisles anxieties.

So, I’m perusing Facebook the other day and up popped a list of the most popular children’s Saturday TV shows from 60 years ago. Quite a memory rush. Anyone else remember being anxious for the next episode of Fury, Sky King, The Roy Rogers Show, The Lone Ranger, The Adventures of Superman, Batman or The Cisco Kid? Those were far more innocent times in these United States unfortunately gone forever.

Speaking of Facebook, I may give up mine after reading how Steve Elliott, an Internet communications specialist who founded the conservative activist group Grassfire, discovered how much Facebook knows and shares about him and others who use the social networking site.

“First, I learned that in addition to having lost control of the data it is collecting on millions of Americans, Facebook also has figured out my political leanings,” Elliott wrote. “And if you have a Facebook account, then Facebook has assessed you as well.”

He said Facebook referred to him as “very conservative.” Yet he’s never told Facebook of his political leanings. Instead, he said Facebook “nosed around on my posts and activity” to determine that about him. “Facebook then sells this data to advertisers. And then it loses control of the data.”

He said subscribers can visit Facebook.com and see how the site has assessed their personal information in various categories. One selection (of course) is politics. Little wonder congressional hearings with its founder and CEO Mark Zuckerberg are scheduled.

Anyone else as dead-dog-weary as I am with the barrage of negativity coming out of TV and radio nowadays? The drumbeat of conflict and controversy is so mind-numbingly relentless, it feels contrived, as in part of a larger well-funded scheme to exhaust us in mind and spirit.

On a related note, while it does my heart good to see many thousands of young Americans supposedly caring enough to march in protest against those who randomly kill innocents in our schools, my cynical side invariably wonders who and what is actively behind such a visual display.

Why aren’t the students openly marching against bullying? Or partial-birth abortion? Or in highly relevant support of mental health? Are parents funding these public displays? If not them, who, leftist Hollywood? And who’s doing all the necessary community organizing nationally?

What exactly is being protested? Our Second Amendment? Guns in the hands of law-abiding Americans who use them for sport and personal protection? The politically active NRA who, ironically, first and foremost, promotes gun training and safety?

Are any adults with common sense mentoring or educating these teenagers about the difference between reality and today’s heavily subsidized spin that uses anyone (including a willing national media) to openly promote specific political agendas?

A news account the other day about the thousands of marching students (and apparently many who were not kids) using their protesting whatever as a hook for increasing voter registration only raised my skeptical political antennae another 18 inches.

Finally, those who believe as I do in the remarkable achievements of our democratic republic of laws see nothing wrong with producing identification in order to vote, especially since it’s become expected practice in so many aspects in a nation of over 300 million. I feel likewise about inquiring in our national census whether a person is a U.S. citizen during times when serious threats to public safety are so widespread.

Both represent plain ol’ Ozarks common sense to me. Those who believe otherwise clearly are living in a different reality where reasonable standards don’t apply. Enforcing any nation’s sovereign borders (and accurately determining how many citizens live within them) amount to necessary due diligence–well, if rational adults (rather than political strategists) are in charge.

Postscript: I paid the tab for strangers in line behind me at Taco Bell the other day. Later I let two patiently waiting motorists into heavy traffic. The results felt pretty darn good. Might give it a try.