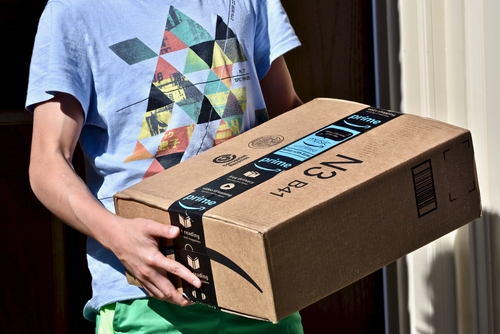 Amazon Will Let Entrepreneurs Start Their Own Delivery Business and Earn Up to $300,000 a Year

The new program will allow individuals with no logistics experience to operate a fleet of Amazon delivery vehicles.

Many entrepreneurs have built a business on Amazon, selling goods via the online marketplace, self-publishing books and more. Today, the ecommerce giant has announced a new opportunity: the ability to launch your own Amazon delivery operation.

Amazon Delivery Service Partners is a new program designed to help Amazon scale and meet the growing demand for package deliveries. In 2017, Amazon shipped 5 billion items to Prime members alone, and its operating income increased 20 percent year over year to $2.8 billion. To keep up, the company is seeking “hundreds of entrepreneurs” to start their own delivery companies in the U.S. through Amazon, according to a press release. Over time, Amazon aims for these Delivery Service Partners “to hire tens of thousands of delivery drivers.”

The company will help interested entrepreneurs, even those with little to no logistics experience, “start, set up and manage” a local delivery business, with each owner overseeing 20 to 40 Amazon-branded delivery vehicles that will retrieve goods from one of 75 Amazon delivery stations.

If they’re successful, Amazon says each owner will have the prospect of earning between $75,000 and $300,000 in annual profits. Amazon will provide training as well as access to its delivery technology, along with discounts on vehicle leases, insurance, Amazon-branded uniforms, fuel and more.

Some Delivery Service Partners will be able to start their delivery businesses with Amazon for as little as $10,000 in startup costs, and the company has also announced a $1 million fund to help eligible military veterans get started with the program with $10,000 reimbursements.

The new program, Amazon says, is a solution to concerns the company has expressed on relying too much on third-party couriers such as FedEx, UPS and DHL. In Amazon’s 2016 10-K report, the company stated that “our current and potential competitors include … companies that provide fulfillment and logistics services for themselves or for third parties.”

At the same time, the company stated that replacing FedEx, UPS and others was not its plan — and today’s announcement doubles down on this insistence, as Amazon states that traditional carriers remain “great partners.”

Suspicions to the contrary have mounted throughout recent years. In 2015, Amazon launched Flex, an urban delivery program that allows gig workers to deliver Amazon packages via their own vehicles for an hourly rate. Amazon also reportedly already has more than 7,000 trucks and leases 40 airplanes. In early 2017, Amazon invested in a Kentucky airport to serve as a cargo hub and also has experimented with drones, autonomous vehicles and other forms of delivery.

Earlier this year, The Wall Street Journal reported on a planned delivery service, “Shipping with Amazon,” by which it would deliver packages for third-party merchants.

Whatever the future holds, entrepreneurs who want to run their own Amazon delivery fleets will deliver only Amazon orders for the foreseeable future.