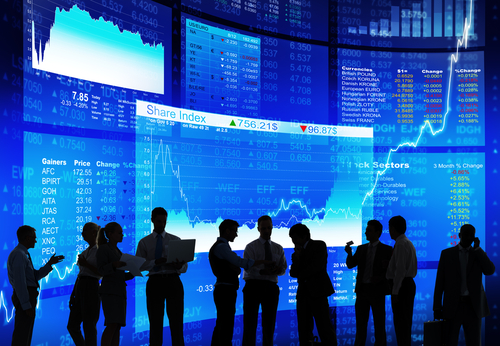 Losses in shares of technology and industrial companies dragged Wall Street lower on the first trading day of the second half of this year, as risk of an escalating tariff war between Washington and its trading partners continued to weigh on sentiment.

Shares of trade-sensitive U.S. companies slipped, with Boeing (BA.N) and Caterpillar (CAT.N) down over 1.5 percent. Chipmaker stocks also slid along with a host of U.S.-listed shares of Chinese companies.

Shanghai’s blue chip index .CSI300 slid nearly 3 percent, days before the U.S. tariff on $34 billion worth of Chinese goods comes into effect on July 6, posing threats of a similar response from Beijing.

Trade war worries were also being compounded by a threat from the European Union to hit the United States with almost $300 billion in retaliatory tariffs.

Canada on Friday struck back at the Trump administration over U.S. steel and aluminum tariffs, vowing to impose punitive measures on $12.63 billion worth of American goods.

Global stocks were also facing the impact of a threat to Chancellor Angela Merkel’s German ruling coalition, while the Mexican peso whipsawed after Andres Manuel Lopez Obrador’s election victory set the stage for a left-wing government at a time of tense relations with the United States.

“There’s not a lot of good news for markets to start the week,” Scott Brown, chief economist at Raymond James said.

Brown said with a half-day for the markets on Tuesday and the July fourth holiday coming up, trading volumes could be thin, which might exaggerate any market move.

Also weighing on the sentiment was a drop in crude prices. [O/R]

Twenty-eight of the 30 stocks of the Dow Jones Industrial Average .DJI were trading in the red, with Boeing, 3M (MMM.N) Caterpillar (CAT.N) trading at least 1 percent lower.

Shares of chipmakers, which depend on China for a large portion of their revenue, fell with Micron (MU.O), AMD (AMD.O) and Nvidia (NVDA.O) and Intel (INTC.O) down more than 1 percent.

Among the bright spots was Tesla (TSLA.O), which jumped 4.4 percent, after the electric carmaker was said it beat its target of producing 5,000 Model 3 sedans per week.

Dell Technologies Inc (DVMT.N) jumped 7.3 percent after agreeing to buy the tracking stock of VMware (VMW.N), taking a step closer to become a public company again. VMware was up 4.9 percent.