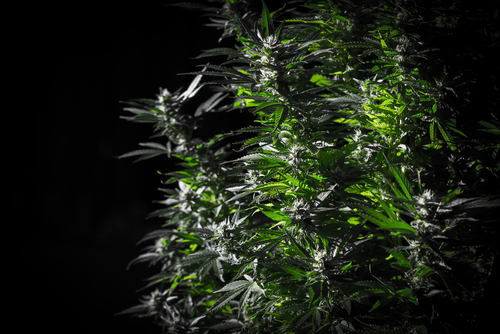 Why Are Only Four Percent of Cannabis Businesses Owned By African Americans?

Black entrepreneurs talk candidly about the lack of representation and what they’re doing about it.

In the fight to legalize cannabis, one of the most compelling arguments has been the social justice argument–that legalizing cannabis will stop the disproportionate enforcement of cannabis laws on the on the African-American community. Although 16 percent of African Americans reportedly use cannabis, compared to approximately 14 percent of whites, they are 3.5 times more likely to be arrested for cannabis-related crimes than their white counterparts, according to The Brookings Institution.

But while this fact has been used as a cudgel to beat back the tide of prohibition, it has also laid bare a rank hypocrisy that permeates throughout the industry: the complete lack of African-American entrepreneurs.

According to Marijuana Business Daily, approximately 81 percent of cannabis business owners or founders are white, while only 4 percent are African American. This begs the questions: Why are there so few African Americans in the cannabis space? What is it that’s keeping them out of the industry, and how can they succeed ever in this changing environment?

To find some answers, I turned to some of the few black entrepreneurs who are thriving in the cannabis industry.

Eugene Monroe is a former offensive tackle for the Baltimore Ravens and currently a partner at the medical cannabis firm Green Thumb Industries (GTI), where he assists with product development, cultivation, and the acquisition of medical cannabis licenses. Monroe first became involved with GTI during his tenure with the NFL, making strategic investments in the company and then later joining as a partner once he retired from football.

With operations in seven U.S. states and over 50 retail dispensary locations, GTI is quickly growing its national footprint and most recently began trading its stock on the Canadian Securities Exchange. The company was also recently awarded five medical cannabis dispensary licenses in state of Ohio, the maximum number allowed under the law.

When asked about the lack of African-American entrepreneurs in the cannabis industry, Monroe agreed. “I travel a lot and tend to be at a ton of cannabis-related events, and I don’t need to hear the statistics because I don’t see anybody that looks like me unless I’m at a GTI facility.”

He thinks one of the reasons for the shortage of African-American cannabis entrepreneurs has to do with the way that many of the state programs are written, favoring the white and wealthy.

“Look at Pennsylvania, for example,” said Monroe. “They put into the licensing process a requirement that said you had to have $2 million. There aren’t as many African Americans with that kind of wealth.”

The War on Drugs legacy

Fortunately, not every cannabis business needs to directly be involved with the cultivation or sale of cannabis, a costly endeavor. Many entrepreneurs, like Tracey Henry, have found success in providing ancillary services to the industry.

Henry is the co-founder of Type A Media, a PR firm focused on the cannabis industry. With more than two decades of experience, she originally founded Type A Media as a conventional PR firm without any cannabis clients. But all of that changed in 2014 when recreational cannabis sales first launched in Colorado.

In a New York hospital recovering from cancer, Henry saw the headlines about cannabis becoming legal in Colorado and something stirred within her.

“I remember lying in a hospital bed thinking, Ah! I want to be a part of this,” she recalls.

Once she was out of the hospital and back at work, she was referred by a friend to Robyn Griggs Lawrence, the author of The Cannabis Kitchen Cookbook, who needed help promoting her book. Taking on the challenge, Henry found herself falling in love with the world of public relations all over again and decided to marry the worlds of cannabis and PR together.

Henry goes on to say that as a result of this unequal enforcement, many in the African American community have come to see cannabis not as medicine or even as a recreational substance, but rather as an entry point into the criminal justice system; which in turn has encouraged many to stay away from the industry.

“We still have, and we like to think that we don’t, Jim Crow and Jane Crow laws out there that affect people of color a lot more than other groups,” says Henry. “It’s hard to sum it all up, but there’s a lot of things working that are creating an environment where people don’t feel that this [the cannabis industry] is an option for them.”

While the War on Drugs’ legacy has discouraged some African Americans from participating in the cannabis industry, for others it has only strengthened their resolve. Take Shanel Lindsay, the founder of Ardent Cannabis, a Boston-based biotech and medical cannabis company that specializes in the development of devices that can improve the administration of medical cannabis. Ardent’s flagship product is the NOVA Decarboxylator. As the name implies, the NOVA Decarboxylator is a product that makes decarboxylating cannabis easy.

What is decarboxylation? It’s a chemical process in which heat is used to activate dormant cannabinoids locked inside cannabis. Typically this is used to create cannabis edibles, but decarbed cannabis can also be smoked. For medical cannabis patients, NOVA Decarboxylator can make the process of crafting edibles an easy and, most importantly, consistent process.

It is a solid idea for a business, but according to Lindsay, one of the toughest challenges that she faced when launching Ardent was finding funding.

“It was very difficult as a woman of color who was bringing a new technology that not even investors understood,” said Lindsay. “It was nearly impossible to raise money. I had the benefit of looking internally and raising money from friends and family; and if I didn’t have that, I wouldn’t have made it.”

Lindsay also believes there is an unequal enforcement of cannabis laws against persons of color coupled with the way that state cannabis laws are structured.

“You have a segment of people who have been over-policed and over-punished for cannabis,” she says, “then you have legalization moving in with a framework that only allows access and participation by the very wealthy and voila! A recipe for zero diversity and continued disenfranchisement of people of color.”

In addition to being an entrepreneur, Lindsay is also a lawyer and was instrumental in helping write the law governing Massachusetts’ recreational cannabis laws. However, Lindsay found that legal career in jeopardy after getting arrested for the possession of cannabis in 2009, despite the fact that cannabis was decriminalized in Massachusetts.

Undeterred by the setback, Lindsay found herself working harder towards reforming the state’s cannabis laws; ultimately using her experience as an example of why decriminalizing cannabis is simply not enough.

Trying to reverse the trend

In an effort to address the disenfranchisement that many African Americans have had to endure because of the War on Drugs, cities like Oakland, California have launched equity programs aimed at increasing the participation of persons of color in the cannabis industry; a move that has been championed by James Victor and John Alston, the co-founders of James Henry SF.

Alston is a Navy veteran with a background in mechanical engineering, Victor is a real estate development executive. Along the way, the two developed a friendship while working on a mutual project in Harlem NYC. When Alston suggested that they go into the medical cannabis business, Victor was reluctant but ultimately changed his views after the two conducted extensive medical research.

“The information that we found was staggering. I mean, it hit my heart like a ton of bricks,” said Victor. “At that point, I felt beyond compassionate for the plant.”

After two years of research and hard work, Alston and Victor finally launched James Henry SF, a medical cannabis lifestyle brand with the goal of elevating cannabis to a higher level in terms of quality and consistency.

Most recently the company signed an exclusive licensing agreement with BAS Research, a cannabis manufacturing company that specializes in developing science-driven cannabis oil and extraction services.

On the issue of black entrepreneurship in the cannabis industry, Alston and Victor pointed to the regulatory structures that keep African Americans out of the industry; such as exorbitant capital requirements or through banning anyone with drug possession charges on their criminal record.

Consequently, Alston and Victor are major proponents and participants in equity programs that are aimed at increasing minority representation in the cannabis industry. The most well-known cannabis equity program Oakland, California’s Equity Permit Program, which provides priority licensing to equity program participants over general applicants; however, other cities such as San Francisco and Los Angeles have started to follow suit as well.

“These types of programs need to be allowed for more people of color and minorities to become involved with the cannabis industry,” Alston said, “because of the simple fact that we have been locked out for so long, and we have been the center of negative attention for so long, that this discrimination even bleeds over into the [cannabis] industry when it comes time to do business.”

Hope for the future

Despite the myriad obstacles for the African-American entrepreneurs hoping to enter the cannabis industry, every one I interviewed gave the same piece of advice: Find what you love, and run with it.

The cannabis industry is gigantic and it has a diverse array of needs. Lean into what you love; the industry needs artists, it needs real estate agents, it needs the work and skill of almost every single type of profession conceivable to make it work. Despite the barriers that are keeping persons of color out of the cannabis industry, it is still possible for African American to succeed, and with more entering the industry every single day, it will only become easier.