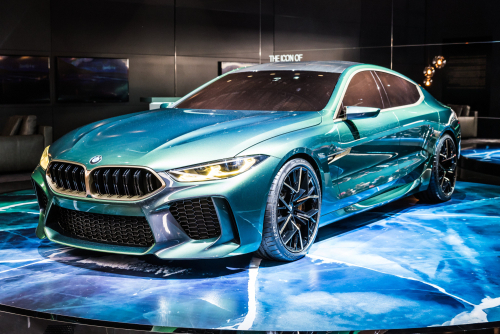 BEIJING  – German carmaker BMW (BMWG.DE) said it will raise the prices of two U.S.-made crossover sport-utility vehicles in China to cope with the additional cost of tariffs on U.S. car imports into the world’s biggest auto market.

In a move due to take effect on Monday, BMW said in a statement to Reuters over the weekend that it will increase maker-suggested retail prices of the popular, relatively high-margin X5 and X6 SUV models by 4 percent to 7 percent.

The rates of increase suggest that BMW is willing to absorb much of the higher costs stemming from bringing the SUVs to China from its factory in South Carolina, underscoring the fierce competition among luxury car brands in China.

BMW’s move comes after China imposed new tariffs earlier this month on about $34 billion of U.S. imports, from soybeans and cars to lobsters, as part of a widening trade row.

Beijing, which this year cut tariffs on all automobiles imported into China, slapped an additional 25 percent levy on U.S.-made cars as of July 6. As a result, China now levies a 40 percent import duty on all cars imported from the United States.

“BMW stands for free (trade) but can’t stand still without taking actions to respond to the market changes,” a BMW spokeswoman said in an email message to Reuters.

The company made no reference to pricing of its X4 model.

BMW’s decision to absorb much of the impact of the higher tariffs echoes an earlier move by U.S. carmaker Ford Motor Co (F.N), which said it would not increase its prices for now in an effort to sustain its business momentum.

China-based car dealers told Reuters that German rival Mercedes Benz, operated by Daimler AG (DAIGn.DE), moderately raised the price in mid-July of its GLE, a sporty midsize SUV produced in the state of Alabama, in China.

A Daimler spokeswoman referred Reuters to comments made by the company last week.

Daimler’s chief executive Dieter Zetsche said last Thursday the car maker was looking at ways to mitigate the impact of the trade war. This would include a review of whether to shift some U.S. production to China.