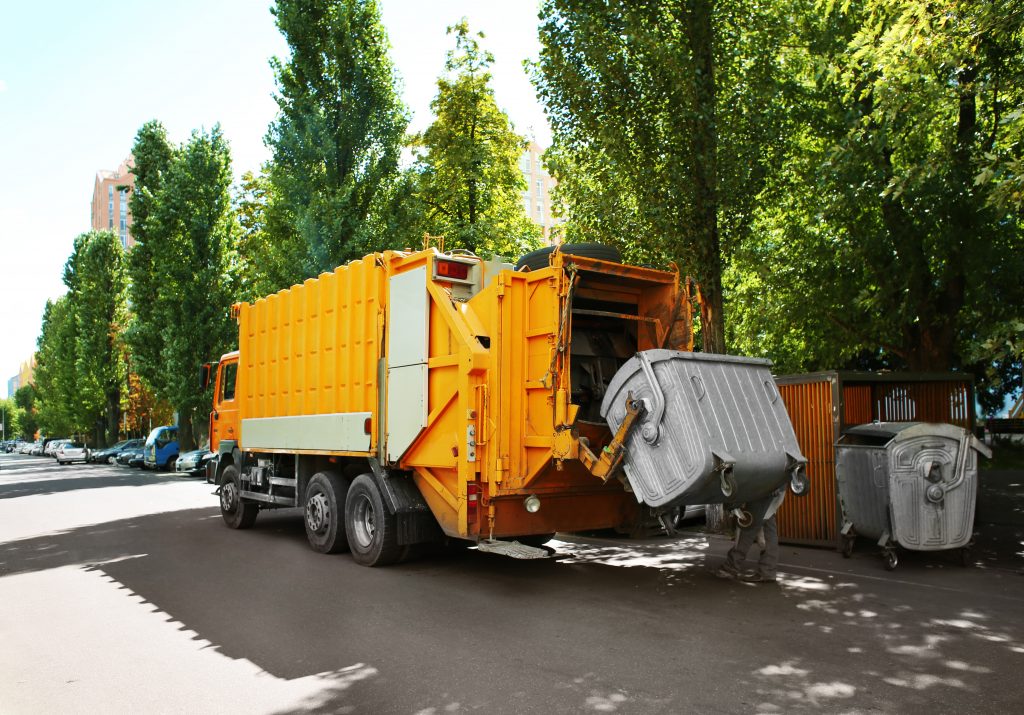 We’re obviously very interested in hybrid vehicles here at Ars Technica; our very first car review back in 2000 was on the then-new Honda Insight. But while we’ve covered the development of hybrid cars since then, we haven’t paid quite as much attention to other parts of the transportation sector. As it turns out, there’s plenty of interesting work going on trying to make large trucks more fuel efficient. One such example is the company Wrightspeed, which has been building range-extended electric powertrains that companies like Fedex can use to completely replace the conventional internal combustion bits on their existing trucks.

“[They have] all the things you need to make the vehicle go,” Ian Wright told Ars. Wright is one of the original founders of Tesla but more recently has been focusing his attention on bigger vehicles, “since they burn so much fuel.”

Wrightspeed’s powertrain consists of electric motors (one for each drive wheel) powered by a battery pack, which can either be plugged in and charged from the grid or by the range-extender, a turbine capable of running on number of different liquid fuels. This replaces the diesel engine, transmission, propshaft, and differentials one might normally expect to find in something like a delivery truck.

Focusing on the medium- and heavy-duty vehicle market made plenty of sense, Wright told us. Having fallen in love with electric vehicle technology during his time with Tesla, he was looking for a way to apply his knowledge to a scaleable business model, he told us. “Once you calculate the capital cost of a range-extended EV architecture,” he said, you realize that “cars don’t burn enough fuel.” Rather, a vehicle needs to use at least 4,000 gallons (15,150 liters) of fuel a year to make the cost of a hybrid powertrain worthwhile, which happens to be about as much as a delivery truck.

Wrightspeed’s powertrain uses high-speed permanent magnet motors (unlike the induction motors used by Tesla), one for either side of a driven axle. These motors send their power to the driven wheels via a two-speed transmission. The batteries (from A123) are lithium-ion phosphate, and Wright told us that the battery architecture and chemistry was chosen carefully—as were the inverters—to cope with regenerating up to 1,000 hp (730 kW) during deceleration. Wrightspeed has also developed its own range-extender engine, a turbine called the Fulcrum. This generates 107 hp (80 kW) and weighs 250 lb (113 kg), about a tenth the weight of a similarly powerful piston engine. What’s more, the turbine is able to meet California’s emissions standards without requiring catalytic converters or the like, and as a turbine it isn’t limited to a single fuel.

“It also needs a stop-go drive cycle,” Wright said. Long-haul trucking wasn’t suitable since those vehicles spend all day cruising at speed, with no chance to regenerate energy. Medium-duty delivery trucks fit the bill, and Fedex was Wrightsgeed’s first customer, ordering two powertrains in 2013 for evaluation, followed by another 25 the following year. But perhaps the best application, according to Wright, has been the humble garbage truck.

According to Wright, getting the regen working well enough that drivers weren’t tempted to use the friction brakes was quite the engineering challenge. These heavy-duty trucks have two driven axles at the back, and working out how to regenerate energy across the range of conditions a garbage truck might encounter without running into vehicle stability problems took some work. “We have a US patent on how we control the tire slip,” Wright said, “and we do that with one electric motor per drive wheel. With high-power regen, you need to do something like that to keep the vehicle safe.”

Wright told us that one of the company’s range-extended electric powertrains should pay for itself through fuel savings within three to four years. Equipping a fleet of medium-duty trucks costs between $50,000 and $100,000 per vehicle, with a heavy-duty vehicle like a garbage truck costing closer to $200,000. Although fuel savings may be the prime motivator for companies looking to convert their fleets, we shouldn’t ignore the potential for reducing carbon emissions. These vehicles might not be the biggest source of transport-related carbon emissions in the US, but they have been one of the fastest-growing. Between 1990 and 2012, the amount of carbon emitted by the biggest vehicles on the road have increased by 74 percent; by contrast, passenger cars and small trucks have risen by just under 14 percent over the same period. Here’s hoping we see lot more hybrids picking up the trash.