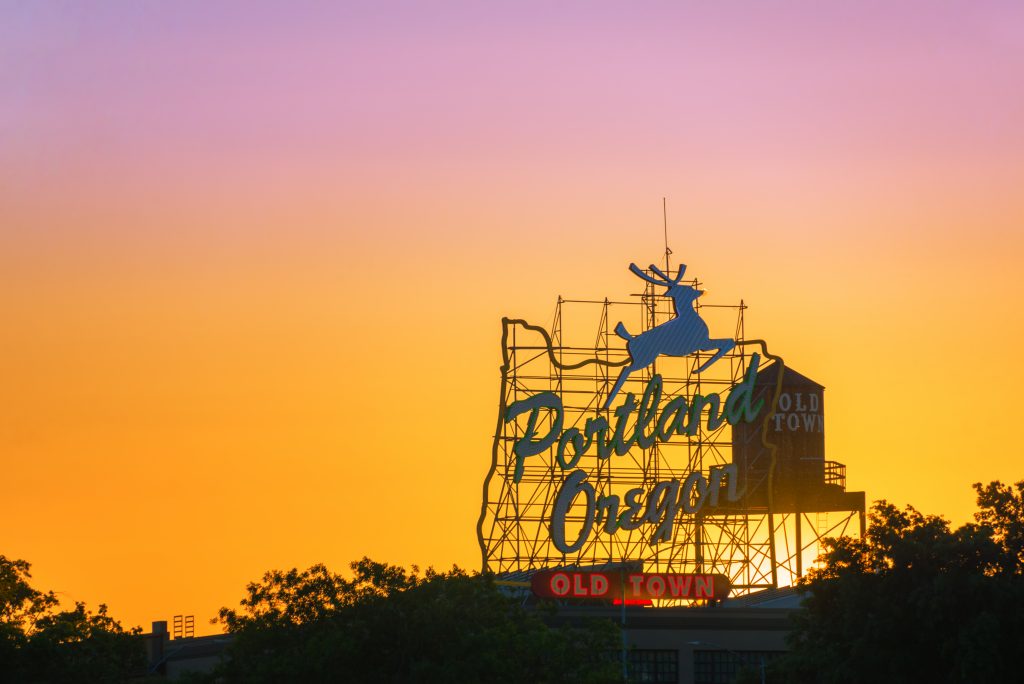 Oregon plans to suspend its recycling program for up to two years to re-educate the public on ways to improve the process.

China has stopped accepting most recycling materials from the U.S. due to contamination.

“China is closing the gates of accepting so much recycling that we used to send to them. It is going to significantly affect all that we recycle now. So it’s something we’ve just begun discussions on. Right now, there’s only a demand for cardboard and aluminum cans. The rest of it is landfilled,” he said.

“Those of us who recycle a lot have been under the illusion that we’re recycling, but it turns out that a lot of what we think we’re recycling is going into the landfill,” said Beazley. “The solution to our recycling problem is China was putting it in their landfills. It was shipped to China in containers. It happened fairly abruptly with the decision by China not to accept it. We’re coming to grips with it. But the reality of it was that they were simply landfilling it in China.”

City Council President Dennis Walendzak said a lot of the items that are collected for recycling in the U.S. end up in landfills due to contamination.

“Food items that are not rinsed out or washed can contaminate a large bale of recyclable goods. Then it all gets directed to the landfill. China has closed the door of recycling to the United States because it has received so much contaminated product and they were just throwing it into their landfills. So they are passing it back over to us to handle it and re-educate the communities on how to recycle,” said Walendzak.

“There are going to be changes coming,” added Beazley. “We’ll end up having a council committee hearing. The world is going to change around us. We just have to get ready.”

The city has two years left of a five year contract with Waste Management, according to Public Service Director Paul Roman.
The contract includes unlimited garbage pickup. There is a separate cost for the recycling program.

“Even though you think you’re recycling, a good amount of materials are going into the landfill, and you’re paying more for that. Waste Management is asking for an increase in the recycling program because of it. What makes us unique is we have unlimited pickup. If we know it’s all going into the landfill, why pay a premium for it. We can do this for two years and postpone the program. When we rebid, we’re likely to see higher costs one way or another. We would want to bid recycling no matter what to have that option,” said Roman.

“We need to educate and bring our citizens up to speed and let the actual recycling program improve so we can make it cost-effective,” Seferian said of the two year suspension. “Otherwise, it would cost us a significant amount of money to continue it.”

If the city does not come up with a solution in two years, it would cost $11,000 more per month to recycle, said Seferian.
“This is happening in other locations,” said Walendzak.”I have a sister-in-law who lives in Florida. They’re going through the same thing. She’s developing an educational program for their community right now in this regard.”

Roman said there will be recycling information posted on the city’s website to “explain what is proper and what is not.”
“But like the mayor said, we need to physically think about changing our system until everything is better,” said Roman.
If the public wishes to continue recycling after the city suspends the program, they can continue to use the facility at Pearson Metropark, said Seferian.

Councilman Tim Zale asked if it was necessary to suspend the program.

“Would we have to suspend everything? I’m just wondering if we could do something. Maybe just aluminum cans or just bottles,” said Zale.

“Bottles are the most inefficient things in the program,” said Seferian.

“People who choose to still recycle could drop off aluminum and cardboard at the Pearson Metropark drop-off point. But to be hooked up with our carrier, the option is either to pay the subsidy, or not do it at all,” said Seferian. “If we suspend the program, it gives us two years to work with how we want to run our program and start working on it.”

Councilwoman Sandy Bihn expressed concerns about the public throwing recyclable materials into the garbage bins during the suspension of the recycling program.

“I hope we find some way to deal with this. The reality of what’s happened, I understand. But we’re a throw-away society. We were a leader in [recycling] way back when. I would hope we could find innovative ways to at least do some of it. Just throwing away cans and putting them in the garbage, and throwing away paper and putting it in the garbage just seems wrong. I’m not debating that this is a problem. Hopefully something will come up soon,” she said.