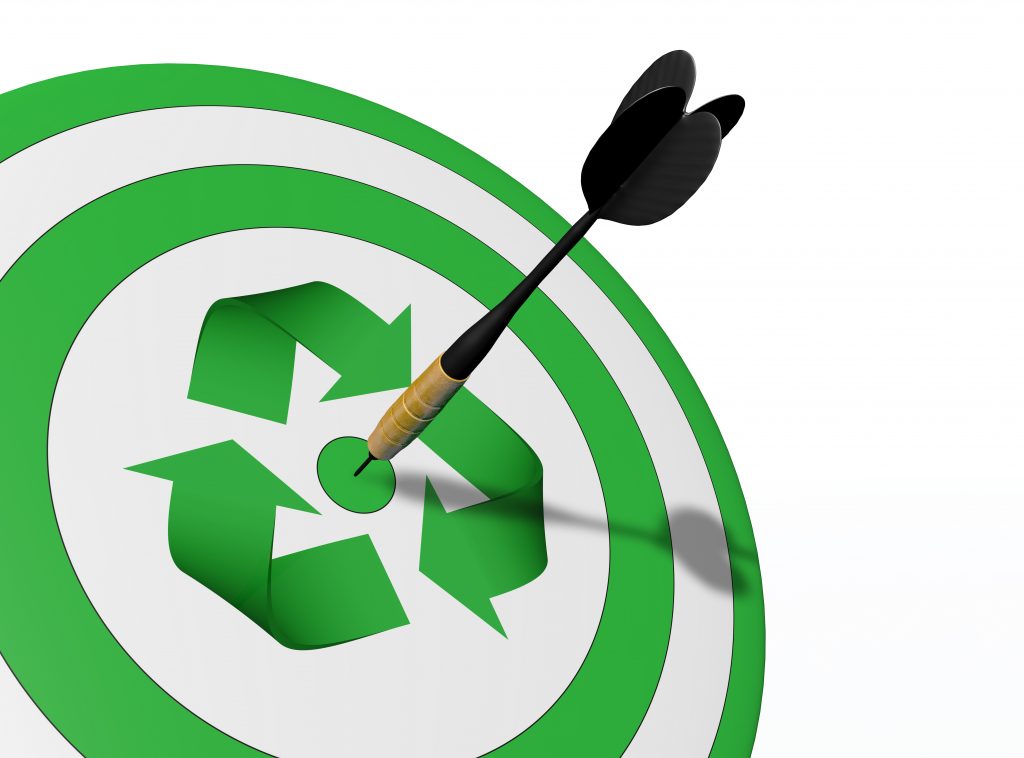 Set Yours Recycling Goals Based on Science!

As Election Day nears, state and local officials should take a serious look at what can realistically be achieved before setting future recycling goals.

Election Day is little more than two months away. While waste and recycling haven’t been big issues in this election, I expect to see more than the normal number of recycling bills filed next year.

Politicians read the paper and watch TV. They have seen the stories of problems besetting their local recycling programs, and they have heard from constituents who want them to do “something” about it. Perhaps more importantly, I don’t know of any politicians who got elected running against recycling. So, this month, let’s look at how they should go about “fixing” recycling.

The first thing is that it does not matter for recycling whether or not we have a “blue wave” in November. I lobbied on recycling and waste issues at the federal, state and local level for almost three decades. I quickly learned that they are not partisan issues. Instead, legislation is driven by politicians from both sides of the aisle who support recycling and want to see it succeed.

Florida and California are good examples of this. Both states have 75 percent recycling goals, the highest in the country. The laws in the two states are different in the details, but they both aspire to recycle as much as possible. California’s law was passed by a strongly Democratic legislature, Florida’s by an equally strong Republican legislature.

The two laws share several obvious faults. Both were written and passed, in part, to honor retiring legislators. They both set very challenging recycling/diversion goals. Unfortunately, the feasibility of these goals was not examined as thoroughly as it should have been before the laws were passed.

Goals are important. They give us a path forward, something to shoot for. But the most successful goals challenge us without creating an impossible-to-achieve standard. I’ve noted in previous columns that while state recycling goals vary widely, they can all be divided by the number five. Maybe it’s time to set these goals on something closer to rocket science. Next year, state and local officials should take a serious look at what can realistically be achieved before setting new recycling goals. They need to ask themselves: How will the goals be met?  What recyclables are targeted, where are they generated, where are existing programs failing and what markets exist for these new, raw materials?

They need to beware of silver bullets. All too often, someone claims they have the answer to recycling’s woes. It can be something as simple as a particular type of collection bin, or a policy option, or a machine that will separate out everything for recycling. The only problem is that neither the perfect collection device or processing technology or policy exists. Some may work well in some localities for some products, but recycling needs realism, not magic.

This leads to the most important point that legislators must consider: Recycling is ultimately about human behavior, not policy or laws. Too many recycling advocates believe that all we need to do is pass a law and recycling will automatically happen in the right way. Yet, we Americans are not the most law-abiding people in the world. How many of us, after all, speed when we drive or fail to come to a complete stop at every stop sign? We like convenience. We like to do our own thing. Garbage is easy because you put it all in one bin. Recycling is hard because you have to think about what to put where. We are trying to recycle so many different things in so many different places that it’s hard to keep them straight. No wonder contamination has become a bigger problem.

As our elected officials struggle with recycling legislation next year, I hope they will make a serious attempt to go beyond the media stories about recycling’s problems. They should investigate what went wrong with markets, what’s in the waste and recycling stream, where it is generated, how these materials and products have changed and the impacts of those changes. They should look closely at the limits to the ability of laws and policies to change human behavior.

If they learned anything from the latest market downturn, they will need to examine ways to improve recycling markets by creating a better business environment for those end markets. They should make siting and permitting manufacturing facilities that use recyclables easier without easing up on any environmental protections. We can’t escape market fluctuations, but we can increase domestic market capacity.

Between now and November, talk to candidates for local and state offices about recycling. Let them know what you think needs to be done. But be sure whatever you advocate can be accomplished based on science and evidence, not wishful thinking.