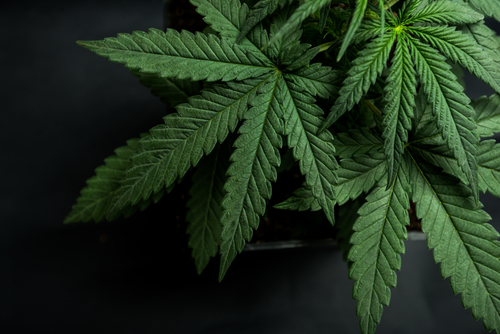 Legalize It, a new documentary about medical marijuana, makes no secret about its position on the plant. The film begins with the stark question: Would you break the law to save a life? The documentary, by the producers of (Shark Tank-styled) The Marijuana Show on Amazon Prime, then answers that question with a cavalcade of heartbreaking stories that make a compelling case for legalization.

The documentary begins with the story of a 5-year-old named Dahlia.“I love my mommy, and my mommy loves me,” she announces to the camera. That sweet declaration is followed by a more somber one from her mother, Moriah Barnhart.

“I went from having this dancing, affectionate, happy, playing 2-year-old baby girl to having this dying patient in a hospital bed overnight — literally,” Barnhart says, of learning that Dahlia, then age 2, had brain cancer.

“We had no life anymore; everything disappeared,” explains Barnhart, a single mother who is raising Dahlia and an older son by herself. “We lived solely to save Dahlia’s life.”

Barnhart believed that chemotherapy and other pharmaceuticals were poisoning Dahlia. “I realized my daughter was going to die unless I did something about it.” She then conducted her own research over several months, poring over thousands of online articles, “What I found time and time again [was] that cannabis was very efficient for treating the symptoms and side effects of both the disease and its treatment,” Barnhart recalls.

“I started her on cannabis oil a few months into treatment,” she continues, of her decision to put Dahlia on CBD — or cannabidiol, a non-psychoactive constituent of cannabis. “The very first night she took the oil, she slept for the very first time through the night,” she recalls. “She gained three pounds the first week she was on it.

“All the science for or against in the whole world doesn’t even matter; you’re witnessing it with your own eyes.”

So, can Dahlia’s positive experience and that of the other children profiled in #LegalizeIt — essentially a 30-minute political position statement on film — help proponents of legalization? Will the heartstrings angle, rather than users’ rights, sway lawmakers and voters toward legalization this November in the two states where it will be on the ballot and the two states with medical marijuana initiatives?

Wendy Robbins certainly thinks the strategy can help. She’s editor and co-producer of the documentary and spoke to Green Entrepreneur while promoting the film across 10 states. ”We’d like to see it federally legal,” Roberts acknowledged. “The #LegalizeItfocus is, ‘Imagine if you really needed it for medicinal purposes, and you were, in, let’s just say, Florida. You can have CBD there, but you can’t have THC [marijuana’s psychoactive ingredient].’ If I go to Alabama or Mississippi, it’s illegal. I can’t take my medicine across state lines legally.

“So, if a police officer pulled me over and saw my marijuana, I would end up in prison or jail or get a ticket. It’s scary.”

Prescription drugs meant to be authorized by doctors (though often obtained illicitly) caused 72,000 deaths last year, and in 2016 drug sales were over $450 billion, according to Robbins, who is herself an entrepreneur (she invented The Tingle head massager) and long-time documentary maker (with two Emmy Award wins and a third nomination). “What we do know about cannabis so far is that it doesn’t seem like it’s got side effects,” Roberts says, echoing a leading argument for legalization, especially in regards to medical use.

The FDA has even approved a drug (Epidiolex) for epilepsy seizures that contains CBD, Robbins pointed out. “So, we see on one level, [the federal government is] saying yes to it. And on another level, they’re saying that cannabis is as harmful as heroin; that makes no sense.”

Justin Strekal, political director of NORML (the National Organization for the Reform of Marijuana Laws), agreed. In an interview, Strekal said that appeals both to people’s logic and to their sympathies are useful political strategies. These strategies are particularly important for those legalization ballot initiatives in Michigan and North Dakota (marijuana is already legal in nine states.and the District of Columbia) and for the two medical initiatives, in Utah and Missouri.

“The whole purpose of a political strategy is to persuade your audience to come to the conclusion of the policy that you wish,” Strekal pointed out. “For some members of our audience, [depending on whether] we’re talking to the general public or talking to a certain set of lawmakers, those arguments will resonate better.

“That’s why you see, when you look at a map of the U.S., with the states that have implemented the very, very restrictive CBD laws, particularly in the conservative South, almost all of those [legalization measures] were done so because lawmakers felt compelled to do so after meeting children with epilepsy [since CBD reduces seizures]. That’s why [those restrictive CBD-only states’] qualifying conditions-lists are often only for intractable epilepsy because the kids with epilepsy were the vehicle to get the message through.

“When we discuss changing the law and lobbying our elected officials, “Strekal continued, “one important thing to keep in mind is that it requires sustained pressure, in a country that has been so indoctrinated with propaganda which was originally crafted –and heavily, heavily, heavily rooted — in racism.

“So, when individuals who would benefit personally from therapeutic access step up and go lobby lawmakers, not just once but in a sustained fashion, that has been a critical component to how we’ve been able to reform laws.

“Unfortunately, even by reforming medical programs and reforming state laws to provide therapeutic access for cannabis, we know this is a situation where 31 states have either passed or enacted a medical program, represented by 62 senators — enough votes to overcome a filibuster — [but] we still saw, in 2016, 650,000 Americans get criminal charges for cannabis.”

Plenty of people still support those criminal breaks on marijuana use, of course. Kevin Sabet is one of them. He’s director of the Drug Policy Institute at the University of Florida, a former drug policy advisor to three White House administrations, a TEDx talk speaker on legalization issues and co-founder of Smart Approaches to Marijuana (SAM).

In an email to Entrepreneur, Sabet repeated his stance that the marijuana industry is “hell-bent on becoming the next Big Tobacco” — with the biggest tobacco and alcohol companies looking to cash in on legalization.

The “heartstrings” strategy toward legalization, Sabet contended, “is one of the most shameful displays I have ever seen.

“The industry has seen this as a successful strategy with passing medical marijuana provisions in states, stating that marijuana can be a cure to treat all kinds of debilitating illnesses and conditions,” Sabet said.

“The reality is this,” he added: “The industry doesn’t care one iota about helping sick kids — it cares about making profits. If it was just about kids, why not stop at medical marijuana via the FDA? Why do the messages of medical, decriminalization and legalization always get molded together? Because this is about profits, not public health.”

He’s right, to some degree, judging from how Constellation Brands (maker of Corona beer and Svedka vodka), early this year took a multimillion-dollar minority stake in Canopy Growth,  a medical marijuana company in Canada, whose lawmakers in June voted for national legalization.

But Robbins, #LegalizeIt’s co-creator, argued that business profits from cannabis aren’t a bad thing — some portion of them goes to taxes. “Profits from adult use of cannabis can be used for education, infrastructure and other positive uses for local communities,” she said. An example? Colorado, a “legal” state, has sunk some of its marijuana revenues into education and even a taxpayer rebate,” Robbins pointed out.

In fact, Colorado’s marijuana tax fund appropriated $118 million to a wide variety of government functions. According to the Colorado publication Westword, about $41 million went to education and public health via a school health-professionals grant and assorted substance-abuse-prevention organizations. Another $16.5 million went to affordable housing and local construction and a local government retail impact grant.