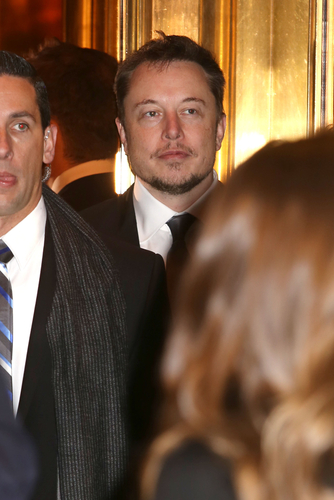 Among their recommendations for Tesla’s CEO? Delegate, get more sleep and learn to embrace short sellers.

Elon Musk has had a hell of a year.

The list of people the Tesla CEO has sparred with — investors on a company earnings call, investigators looking into a deadly Tesla crash, billionaire Warren Buffett, short sellers, a British cave diver and even the SEC — keeps on growing. His fateful “funding secured” tweet, meant to announce he was considering taking Tesla private, resulted in a company board review. And fraud charges filed by the SEC in September led to two different $20 million settlements and Musk’s relinquishing his role as chairman.

“This past year has been the most difficult and painful year of my career,” he told The New York Times in an August interview. In the conversation, Musk detailed his up to 120-hour work weeks, his 47th birthday spent entirely at the office, his lack of free time for friends and family, his battle with insomnia and the fact that he hasn’t taken more than a week off since his bout with malaria in 2001.

But in September, the famed entrepreneur did take time to relax — reportedly smoking marijuana while a guest on comedian Joe Rogan’s podcast. In an on-the-street interview with TMZ, Neil deGrasse Tyson — a self-proclaimed member of “Team Elon” — weighed in on Musk’s antics, saying, “Let him get high if he wants to get high,” and, “He’s the best thing we’ve had since Thomas Edison.”

Everyone seems to have an opinion on how Musk should conduct himself moving forward, and powerhouses in media, business and technology have weighed in. Here’s a roundup of advice for the famed entrepreneur.

In an interview with CNBC:

“I think the reason that I’ve had such an enjoyable life and a long life has been finding wonderful people to run our companies, but on the on the key issues I can then get involved. … I have talked to him about it, but I think that learning the art of delegation better would be his one flaw.

“Don’t feel you have to put out tweets and things about public shareholders. Leave the public game to people who enjoy the public game, he obviously doesn’t enjoy it so clear the decks so that you can actually then concentrate on the creative side.”

In an open letter to Musk:

“This is not about working hard — of course you’re always going to work hard. It’s about working in a way that allows you to make your best decisions.

“You’ve come up against incredible challenges, and you’ve met them by being ever more rigorous and determined about applying the latest science. But at the same time, you’re demonstrating a wildly outdated, anti-scientific and horribly inefficient way of using human energy. It’s like trying to launch us into our clean energy future (or into space) with a coal-fired steam engine. It just won’t work.

“Elon, the future of Tesla depends on you coming up with your masterpiece. It doesn’t depend on how many hours you’re awake. Tesla — and the world (not to mention you and your beautiful children) — would be better off if you regularly built in time to refuel, recharge and reconnect with your exceptional reserves of creativity and your power to innovate. Working 120-hour weeks doesn’t leverage your unique qualities, it wastes them. You can’t simply power through — that’s just not how our bodies and our brains work. Nobody knows better than you that we can’t get to Mars by ignoring the laws of physics. Nor can we get where we want to go by ignoring scientific laws in our daily lives.”

In an interview with CNBC:

“What I would tell Elon, and I don’t know him at all … I would tell him shorts are your friends. … The beauty of shorts is if you have a good quarter, if you do your job, then they have to buy back the stock at some point. I would sit down with him and say, ‘Look, rather than getting all upset about shorts, the more people that short your stock, the better position you have … the more buyers you have in waiting.’ I think that’s the kind of attitude someone has to get to him. But again, this is a guy who’s sleeping in the factory. This is a guy who is pushing, pushing, pushing.

“Great entrepreneurs, who are so committed to their companies that they are never going to leave — they want to take it as far as they can take it. They are going to be unique, and there are going to be issues in how they address the public and how they address shareholders. That’s the beauty of why those companies are so amazing and so big. So I would tell shareholders: Be grateful that you have somebody that committed to the company and recognize that being unique is what has helped make Elon — or to help make Tesla — so successful.”