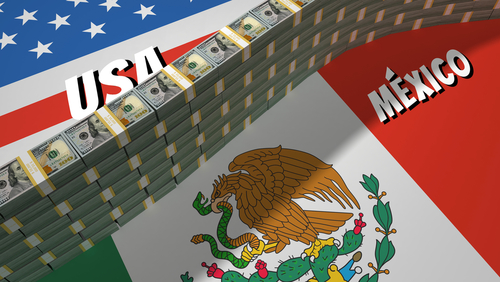 MEXICO CITY/SHANGHAI – Mexico’s Foreign Minister Luis Videgaray told his Chinese counterpart in a phone call on Saturday that Mexico’s new trade deal with the United States and Canada will not impede economic relations with other countries, according to a foreign ministry statement.

The pact set to replace the North American Free Trade Agreement outlines that if one of the partners enters a free trade deal with a “non-market” country such as China, the others can quit in six months and form their own bilateral accord.

The mechanism would support U.S. President Donald Trump’s efforts to isolate China economically amid an escalating tariff war between the two economic powerhouses, and give Washington an effective veto on any China trade deal by Canada or Mexico.

Videgaray did not detail whether Mexico would seek such a deal, but said the new pact, called the U.S.-Mexico-Canada Agreement (USMCA), would not block bilateral accords with countries not included in the deal.

“Videgaray emphasized that none of its conditions constitute an obstacle for bilateral relations or economic exchanges that Mexico, as a sovereign state, maintains with other nations,” the official told China’s Wang Yi, according to the statement.

A statement released on China’s Ministry of Foreign Affairs website on Sunday said Wang called China and Mexico “all-round strategic partners”, and noted that had both consistently supported, understood and trusted each other on major matters.

“Any bilateral and multilateral free trade agreements should not be directed against third parties, nor restrict other members’ legitimate rights and interests, and further, should not be exclusionary,” the statement said, quoting Wang.

China and Mexico are both emerging market countries and should uphold multilateralism and the free trade system, the statement said.

U.S. Commerce Secretary Wilbur Ross has called the provision in the deal with Mexico and Canada a “poison pill” that could be replicated.