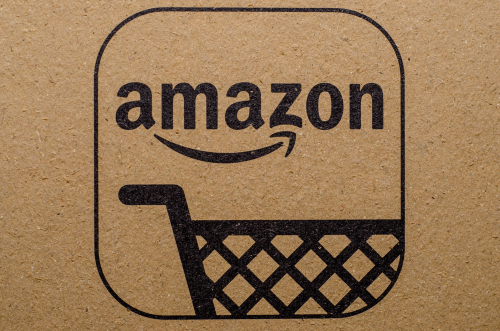 Shares of Amazon.com Inc (AMZN.O) dropped by the most in four years on Friday after its outlook for holiday season sales missed targets, fanning concerns that Wall Street’s tech darlings are finally starting to face stronger competition.

The third-quarter results were the second time running that billionaire Jeff Bezos’ firm had fallen short of sales targets and, allied to a similar disappointment from Google-owner Alphabet (GOOGL.O), they sent a shockwave through stock markets.

There were no ratings downgrades from the Wall Street analysts who have almost universally backed the companies’ long-term prospects but several said there were signs that both were beginning to face tougher competition from tech peers as well as the retail companies Amazon has bullied in recent years.

The fall of as much as 9 percent in shares knocked more than $80 billion off Amazon’s market value and relegated it behind Microsoft Corp (MSFT.O) and Apple Inc (AAPL.O) in terms of market value.

Now that the Seattle-based firm has devoured retail players like Borders, Sears and Toys ‘R’ Us, it is facing bigger challenges from multinationals who are making substantial investments to compete, D.A. Davidson & Co analyst Thomas Forte said.

“Google, Microsoft, and Walmart … are more difficult to kill,” he said.

Shares in Alphabet dropped about 2 percent after it fell short on sales after beating estimates for the past eight quarters.

Revenue from Amazon’s international business, which brings in 27.5 percent of total sales, was at the heart of the shortfall in results, growth halving to 13.4 percent compared to the previous quarter.

“We don’t see any real structural issue with Amazon but nearly every line in the business is decelerating a tad and we typically see another deceleration in retail in 4Q, hence are struggling to identify a catalyst,” Barclays analyst Ross Sandler said.

“They are worried about the macro. The second thing is they’re worried about competition,” he said, noting that there were both signs of a slowing economy and that major retailers were aggressively deploying strategies to compete with Amazon for holiday sales.

Amazon expected sales in the holiday quarter leading up to Christmas to rise between 10 percent and 20 percent, to as much as $72.5 billion, while analysts on average had expected $73.9 billion, according to Refinitiv data.

Its operating profit forecast of between $2.1 billion and $3.6 billion also came in below consensus estimates.

Amazon, Alphabet and Microsoft all continued growth in cloud services but with signs of deceleration.

In the latest quarterly reports, Microsoft’s cloud computing business Azure marked revenue growth of 76 percent, down from 89 percent in the previous quarter. Google’s other revenue, which includes its cloud business, grew 29 percent on year, 4 percent below estimates of Cowen & Co. analysts. Amazon’s cloud business saw a 46 percent rise in revenue to $6.68 billion, only narrowly edging past estimates of $6.67 billion.

“In general the cloud business will continue to grow but not at the previous pace and that’s an indication of the market maturity,” says Sid Nag, senior director, cloud technologies and services, Gartner Research.