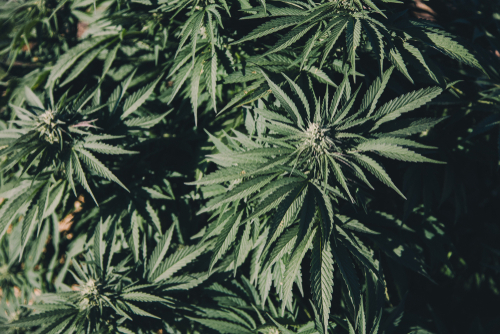 The Most Experienced Guy In Cannabis Has a Warning for You

Investor and business owner Steve DeAngelo says there’s plenty of opportunity in cannabis — but there are also a lot of entrepreneurs about to lose their money.

With his hippie pigtails and smart suits, Steve DeAngelo perfectly embodies the split in today’s cannabis industry. He’s an old-school activist and advocate who joined the cannabis reform movement in the 1970s, attending July Fourth smoke-ins in front of the White House and traveling the country to spread the word on the healing powers of weed. But he’s also a canny businessman with an expert read on the marketplace, which led him to begin with a profitable hemp company and later open Harborside Health Center, the largest medical marijuana dispensary in the world, which went public on the Canadian stock market with a valuation of $150 million. His most recent venture is Arcview Group, an angel investment company focused on cannabis entrepreneurs. Here, he talks about where the industry is, where it’s going and what entrepreneurs can do to get in on the so-called Green Rush.

It is. It’s on my birth certificate. Keep in mind I was born in 1958, quite some time before 420 was established as a code for cannabis. I like to say that I don’t know how Mom managed to pull that off, but I will be eternally grateful to her for that.

Where do you see the cannabis industry going in the next three to five years?

We’re also seeing the development of cannabis tourism. One of the big problems in Denver and Las Vegas is that the hotel chains don’t want people to smoke cannabis in the rooms, and they have been imposing very serious fines. You can’t smoke in the nightclubs, you can’t in restaurants, on the sidewalks, in the parks. So what happens? People come from out of town and go to cannabis shops, and they’ve never had cannabis before. They can’t smoke anywhere, so they buy edibles and then they overconsume the edibles. And everybody has a bad experience. If you’re inviting tourists into this legal state and letting them go into shops and buy weed, you need to give them someplace to consume it safely.

What advice do you give people trying to enter the industry?

Every weekend, somewhere in the country there’s a cannabis event of some type — conferences and conventions. The industry is still small enough that you can meet people like me when you go to these things. You can also join an organization like the National Cannabis Industry Association or one of its state subsidiaries, like the California Cannabis Industry Association. These organizations have inexpensive memberships that will entitle you to receive newsletters and go to events.

You’re obviously a cannabis consumer. Do you need to use it to succeed in this business?

No, but it is a requirement to understand the product, your consumers and the market. I’ve seen a lot of people who were successful in other businesses approach cannabis with a kind of contemptuous attitude, using packaging that’s oriented toward the typical image of the “stoner.”

You also have the traditional business guy looking at investing. Somebody who wants their money will give them an incredibly optimistic spreadsheet saying they can invest $100,000 and make $5 million in a year. In a normal circumstance, a businessperson would drill down and ask serious questions. That doesn’t happen in cannabis. People assume you can make tons of money. It’s a fear of missing out. What I hear all the time is “I missed out on the internet boom, and I’m not going to miss out on this one.” But just like every other business, eight out of 10 cannabis businesses go belly-up.

Do you think cannabis will be legal in the U.S. in five years?

I do. There is legislation pending in Congress called the STATES Act that will allow states to make up their own mind, and the federal government will no longer interfere. I expect that to pass in 2019 or 2020. You’ll see a big move into cannabis by U.S. pharmaceuticals at that point.

What does that mean for small-business owners?

Eventually, cannabis will be a mature industry, and the barriers to entry will be higher. But we are not anywhere close to that happening yet. In my view, when we have larger or more mainstream companies coming in, it dials down the stigma and advances legal reform.

Small cannabis businesses need to understand their strengths and weaknesses. There are things large cannabis businesses cannot do. For example, at my farm in the Salinas Valley, I’m not going to plant a 56,000-square-foot greenhouse with a strain of cannabis I don’t know. My loss will be too high if it’s not a winner. But a guy who’s growing a couple thousand cannabis plants can put in 10 or 15 or 100 of something he’s never grown before, and if it turns out great, he’s got a winner. Then he can bring that winner to me, I’ll pick it up, and there will be a beneficial system for everybody down the supply chain.