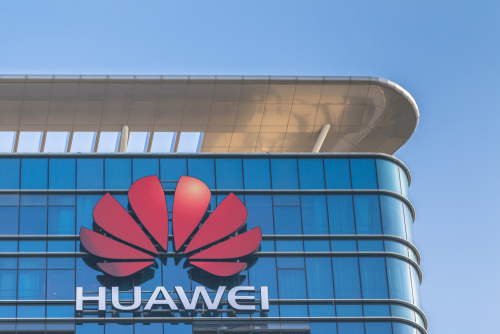 China is demanding the release of telecoms giant Huawei’s chief financial officer, who has been detained in Canada.

Meng Wanzhou, the daughter of the company’s founder, could face extradition to the US.

She was arrested in Vancouver on 1 December, but the news was not made public at her request.

The charges remain unknown but the US has been probing Huawei over possible violation of sanctions against Iran.

China says her detention is possibly a rights abuse.

Ms Meng has sought a publication ban on the details of the arrest, which has been granted by the courts. Huawei said it was “not aware of any wrongdoing by Ms Meng”.

Huawei is one of the largest telecommunications equipment and services providers in the world, recently passing Apple to become the second-biggest smartphone maker after Samsung.

How has China responded?

“We have made solemn representations to Canada and the US, demanding that both parties immediately clarify the reasons for the detention, and immediately release the detainee to protect the person’s legal rights.”

Beijing has itself frequently been accused by rights groups of rights abuses including unexplained detentions.

Meanwhile, Ms Meng’s arrest comes at a sensitive time for US-China relations. The nations are engaged in a trade war that has seen both impose duties of billions of dollars on one another’s goods.

But concerns the arrest would impact the 90-day tariff truce negotiated between the two nations at the G20 have not yet materialised. China announced in a regular press briefing on Thursday that it would “immediately” implement the measures agreed.

It also coincides with moves to restrict the use of Huawei technology in Western countries. The US, Australia and New Zealand have blocked the use of the Chinese firm’s equipment in infrastructure for new faster 5G mobile networks.

What has Canada said?

Canada’s ministry of justice confirmed the date and place of Ms Meng’s arrest and added: “She is sought for extradition by the United States, and a bail hearing has been set for Friday.”

It said it could not say more as Ms Meng had sought a ban on the publication of details and this had been ordered by the courts.

A spokesman for the US justice department in the Eastern District of New York – which Huawei said had brought the charges – declined to comment.

The gloves are off

It is hard to overstate the symbolism and significance of this event. Huawei is the crown jewel of Chinese tech and Ms Meng is effectively its princess.

Even though it’s still not clear what the charges against her are, this is not simply a case about the arrest of one woman, or just one company.

This arrest could materially damage the relationship between the US and China at possibly one of the most sensitive times between the two countries in their long and torrid history.

The gloves are off. Things have taken a dramatic turn for the worse.

What could be behind it?

US media have reported that Huawei is under investigation for potential violations of US sanctions against Iran.

One report in the New York Times said the US commerce and treasury departments had subpoenaed the firm over suspected violation of sanctions against both Iran and North Korea.

US lawmakers have repeatedly accused the company of being a threat to US national security, arguing that its technology could be used for spying by the Chinese government.

“Americans are grateful that our Canadian partners have arrested the chief financial officer,” he added.

The arrest is a top trending topic on Chinese social media, BBC Monitoring says, with many users criticising the US and Canada for what they call “low” and “bullying” tactics.

Why is Huawei a concern to the West?

Some Western governments fear Beijing will gain access to fifth-generation (5G) mobile and other communications networks through Huawei and expand its spying ability, although the firm insists there is no government control.

Security concerns recently led BT to bar Huawei equipment from the heart of the 5G network it is rolling out in the UK.

The US has brought a number of legal cases against Chinese technology firms, with accusations such as cyber-security theft and violations of Iran sanctions.

Earlier this year, it barred US companies from exporting to ZTE, effectively shutting down the firm. The US later replaced the ban with a fine and governance changes.

The US has also restricted US firms from selling parts to Chinese chipmaker Fujian Jinhua.

The UK has not blocked firms from using Huawei, although BT, which dominates the UK’s telecoms network, said this week it would not use the Chinese firm’s equipment in its “core” 5G infrastructure.

What are the Iran sanctions?

Donald Trump last month reinstated all the US sanctions on Iran that had been removed under a 2015 nuclear deal.

Mr Trump had been fiercely opposed to the deal, which saw Iran limit its controversial nuclear activities in exchange for sanctions relief.

Although there are some waivers, US Treasury Secretary Steven Mnuchin has said the US will “aggressively” target any firm or organisation “evading our sanctions”.

The European Union is standing by the Iran deal and has pledged to protect firms from the impact of US sanctions.