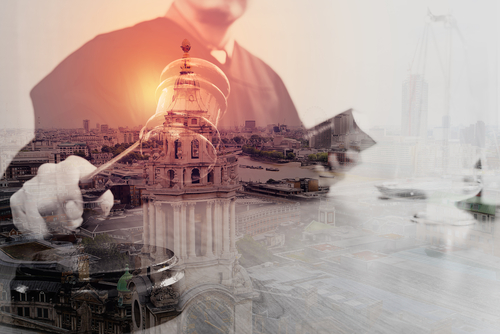 Vijay Mallya can be extradited to India, London court rules

Indian business tycoon Vijay Mallya can be extradited from the UK to India where he faces fraud charges, a London court has ruled.

The extradition ruling will be passed to the Home Secretary for approval.

Mr Mallya, whose business empire once included Kingfisher beer, left India in March 2016 after defaulting on debts of more than $1bn (£785m).

He denies “fleeing” from India, and says he made an “unconditional” offer to pay back the sum in full in July.

Following the hearing, Mr Mallya declined to say if he would appeal against the ruling.

“My legal team will be reviewing the judgment in detail and determining the next steps forward,” he said.

The businessman’s fall from grace is being avidly tracked in India, where he was once listed as one of India’s wealthiest people.

Mr Mallya built his fortune from Kingfisher beer, before branching out into Indian cricket and Formula 1 racing. He set up the now defunct Kingfisher Airlines in 2005.

He faces a raft of charges relating to financial irregularities at Kingfisher Airlines. His monetary affairs are being investigated by India’s Central Bureau of Investigation and the Enforcement Directorate, which handles financial crimes.

Nick Vamos, partner at Peters & Peters and former head of extradition at the Crown Prosecution Service, said the court decision was “a hugely significant judgment for the Indian government”.

“Although Mr Mallya failed to convince the court that his prosecution was politically motivated, the Indian authorities pulled out all of the stops to achieve this result and undoubtedly will try to make political capital from it back home.

“However, they would be wise not to be too triumphalist as Mr Mallya has 14 days to appeal to the High Court, who might look askance at excessive gloating in the meantime,” he added.

Vijay Mallya entered the court surrounded by a scrum of reporters shouting questions in English and Hindi.

As we stood in line for our turn at the x-ray machine, Mr Mallya told me that he believed “clearly this is extremely political, it’s really obvious”.

While awaiting his hearing, Mr Mallya paced around the corridors, intermittently sitting among reporters in the public gallery.

When his case was called, Mr Mallya heard a detailed judgement against him, which concluded with the judge saying he should be extradited to stand trial in India.

From the scrum to the judgement, Mr Mallya appeared calm – relaxed even.

The case is now in the hands of Home Secretary, Sajid Javid.

In 2012, Mr Mallya sold a majority stake in his United Spirits group to UK drinks giant Diageo. The deal was supposed to help Mr Mallya reduce United Spirits’ debts and free up funds for Kingfisher Airlines.

But the airline, which was grounded in 2012, lost its flying permit the following year. It made annual losses for five years in a row and finally collapsed after lenders refused to give it fresh loans.

He is a high-profile figure who has in the past been called “India’s Richard Branson” and the “King of Good Times” for his lavish lifestyle.