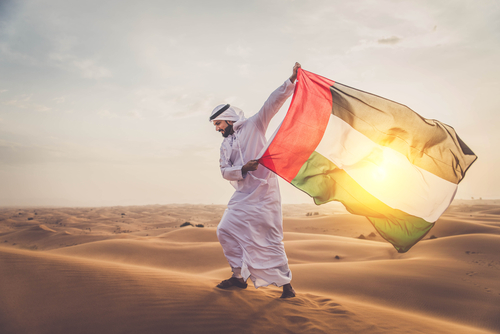 The United Arab Emirates (UAE) is looking to join the list of leading destinations for blockchain-related businesses in 2019 due to promising new crypto legislation. Experts commented on the situation to the UAE’s daily newspaper The National on Monday, Dec. 24.

As the UAE has announced a new legal framework for initial coin offerings (ICO) and hinted about possible regulation for crypto exchanges, experts see a possibility for the country to join Malta and Gibraltar as a popular crypto destination.

Hans Fraikin, CEO of Libra Project — a blockchain-driven impact investing program — told The National that the UAE is “perfectly positioned to be a global leader in the ICO space.” He also believes that the country is going to become the most promising jurisdiction for tokenized startupsdue to its stance on ICOs.

Andrea Bonaceto, CEO of Eterna Capital – a fund management firm in London — also believes that the UAE might be “at the forefront of the industry” owing to the government’s efforts to modernize the financial sector.

However, both experts believe that the UAE has to foster its own developers and investors to ensure a sustainable future of the crypto industry within the country.

As Cointelegraph previously reported, the UAE’s financial regulator revealed in mid-December that a new policy on ICOs will be introduced in early 2019. The Securities and Commodities Authority of the country will reportedly work with the Abu Dhabi Securities Exchange and Dubai Financial Market to develop a platform for ICO token trading.

Concurrently, the UAE is also developing several cryptocurrency and blockchain projects on a state level.

For instance, the country partnered with neighbouring Saudi Arabia to develop a cryptocurrency accepted in cross-border transactions. Moreover, the Advisory Council of the United Arab Emirates Banks Federation has discussed applying blockchain in its member banks to improve Know Your Customer (KYC) processes.