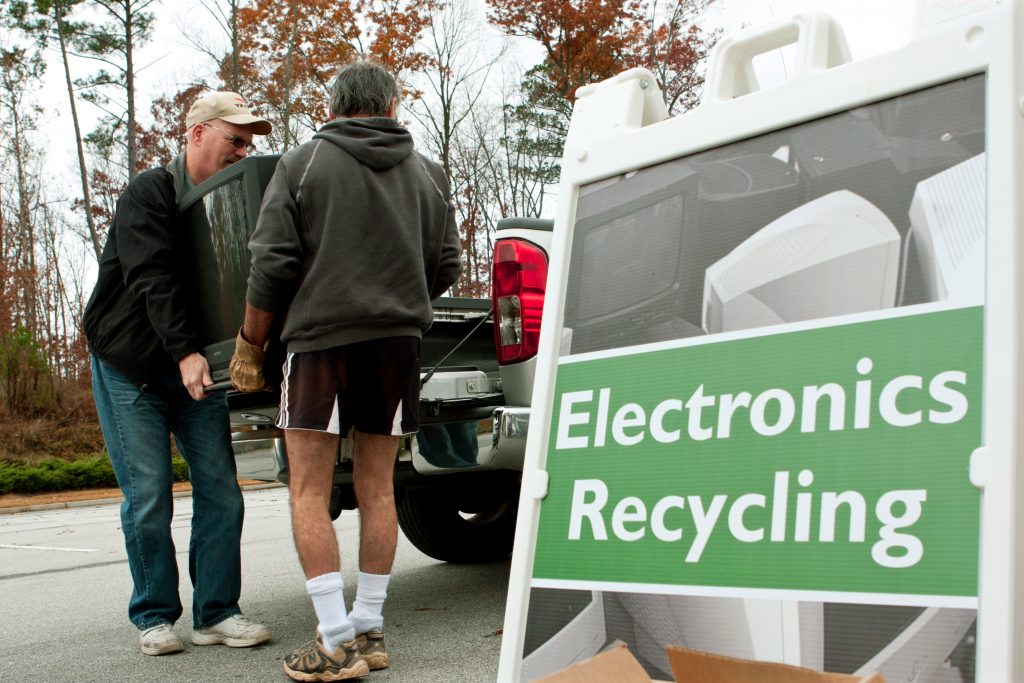 Residents may soon have new opportunities to recycle those old televisions for free under a new statewide electronics recycling program that will be operated in the metro-east.

As a result of the Consumer Electronics Recycling Act, which was passed by the legislature and signed by the governor in 2017, Illinois will start an effort this year to make electronics recycling more free and more convenient for residents.

When people dispose of electronics, such as televisions, those items are not allowed in landfills because they can lead to contamination of groundwater.

As part of the state law, the state is requiring electronic manufactures to financially support electronic recycling in the state.

But under the new state program, when bringing electronics to recycling events, there may not be a fee, said Kim Petzing-Lehmann, the resource management coordinator for Madison County.

“People don’t want to pay, a lot of times it gets tossed along the side of road,” Petzing-Lehmann said.

Counties can opt into participating in the program. St. Clair and Madison counties have opted to participate.

Details of the planned program are still being finalized.

Bringing electronics to a recycling center, or a retailer such as Best Buy, may cost a person money. It’s not uncommon to have to pay $20 or more to dispose of a television set at an electronics recycling event sponsored by a church or civic organization The process is different, as it requires separating out toxic material and disposing of it properly. There also is less of a market for the precious metals in electronics.

Local counties to participate in the program

Both St. Clair County and Madison County plan to have four recycling events this year under the new program.

Madison County is planning to have electronic recycling events in Alton, Highland, Collinsville and Granite City. Madison County dates have yet to be determined, but there likely will be two in the spring and two in the fall, said Petzing-Lehmann.

St. Clair County is looking to hold events in Belleville, O’Fallon and Fairview Heights, but that might change, said Kristy Mullins, the environmental protection manager for the St. Clair County Health Department.

“We do see electronics dumped on some of our open dump cases that get called into us,” Mullins said. “We’re excited for the program and looking forward to bringing it to residents of St. Clair County.”

While disposal may be free, there may be a fee to help cover the cost of staffing at recycling events. That is among the details still being determined.

Madison County has previously held electronics recycling in small towns that don’t have large appliance collections, and no one from outside the communities were allowed to participate.

Under the state program, people will be able to bring up to seven items, Petzing-Lehmann said.

Petzing-Lehmann said the program has a potential to be big in the state.

“That’s one of the reason we wanted to be in on it,” Petzing-Lehmann said.