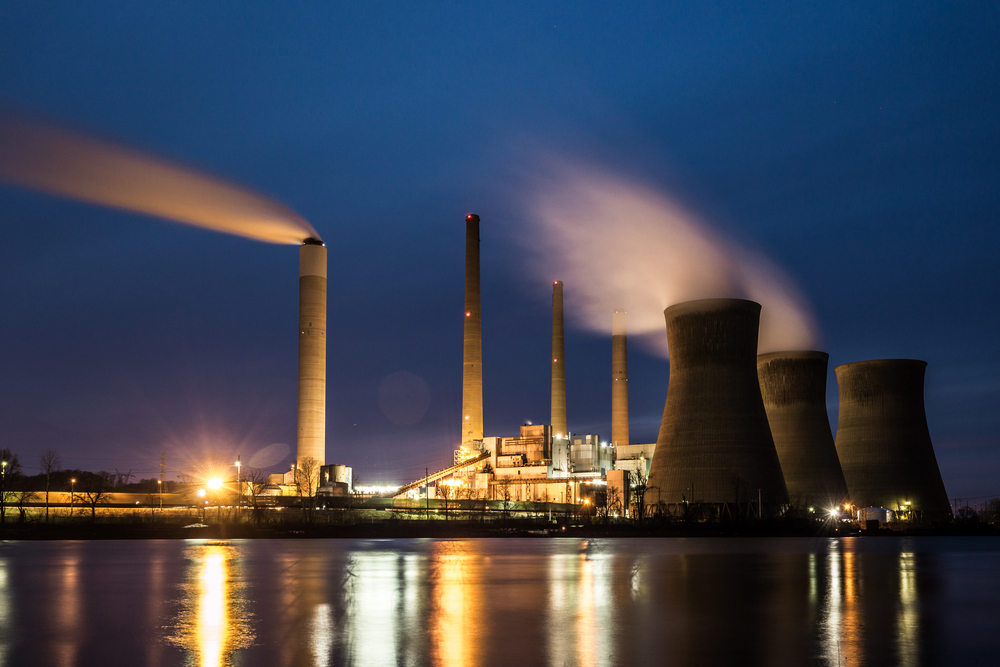 Late last year, the Trump administration released the latest national climate assessment on Black Friday in what many assumed was an attempt to bury the document. If that was the plan, it backfired, and the assessment wound up earning more coverage than it probably would have otherwise. But much of that coverage perpetuated a decades-old practice, one that has been weaponized by the fossil fuel industry: false equivalence.

Although various business interests began pushing back against environmental action in general in the early 1970s as part of the conservative “war of ideas” launched in response to the social movements of the 1960s, when global warming first broke into the public sphere, it was a bipartisan issue and remained so for years. On the campaign trail in 1988, George H.W. Bush identified as an environmentalist and called for action on global warming, framing it as a technological challenge that American innovation could address. But fossil fuel interests were shifting as the industry and its allies began to push back against empirical evidence of climate change, taking many conservatives along with them.

Documents uncovered by journalists and activists over the past decade lay out a clear strategy: First, target media outlets to get them to report more on the “uncertainties” in climate science, and position industry-backed contrarian scientists as expert sources for media. Second, target conservatives with the message that climate change is a liberal hoax, and paint anyone who takes the issue seriously as “out of touch with reality.” In the 1990s, oil companies, fossil fuel industry trade groups and their respective PR firms began positioning contrarian scientists such as Willie Soon, William Happer and David Legates as experts whose opinions on climate change should be considered equal and opposite to that of climate scientists. The Heartland Institute, which hosts an annual International Conference on Climate Change known as the leading climate skeptics conference, for example, routinely calls out media outlets (including The Washington Post) for showing “bias” in covering climate change when they either decline to quote a skeptic or question a skeptic’s credibility.

Data on how effective this strategy has been is hard to come by, but anecdotal evidence of its success abounds. In the early 1990s, polls showed that about 80 percent of Americans were aware of climate change and accepted that something must be done about it, an opinion that crossed party lines. By 2008, Gallup found a marked partisan divide on climate change. By 2010, the American public’s belief in climate change hit an all-time low of 48 percent, despite the fact that those 20 years saw increased research, improved climate models and several climate change predictions coming true.

By demanding “balance,” the industry transformed climate change into a partisan issue. We know that was a deliberate strategy because various internal documents from ExxonMobil, Shell, the American Petroleum Institute and a handful of now-defunct fossil fuel industry groups reveal not only the industry’s strategy to target media with this message and these experts, but also its own preemptive debunking of the very theories it went on to support.

It need not have been such a successful strategy: If news purveyors really wanted to be evenhanded on coverage of climate change, they could certainly weave in the insights of more conservative scientists — those whose predictions err on the sunnier side of apocalypse. Instead, many took the industry’s bait, routinely inserting denialist claims into stories about climate science in the interest of providing balance: In an analysis of 636 articles covering climate change that appeared in “prestige U.S. outlets” from 1988 to 2002, researchers from the University of California at Santa Cruz and American University found that 52.65 percent presented climate science and contrarian theories as equal. The practice continued into the mid-2000s. As recently as 2007, PBS New Hour invited well-known (and widely debunked) former weatherman Anthony Watts on to counterbalance Richard Muller, a former Koch-funded skeptic who had shifted his view.

By about 2008, most mainstream print outlets had moved past the notion that “balance” means including climate contrarians in coverage of climate science. These outlets do still trip up occasionally, though. In 2017, ProPublica published a remarkably uncritical Q&A with Happer, for example, describing him as “brilliant and controversial,” and characterizing his view that global warming is good for the planet as merely “unusual.” That same year, the New York Times was roundly criticized for hiring climate contrarian Bret Stephens as a regular editorial columnist (and his first column didn’t help).

While print outlets aren’t perfect, TV news has lagged further behind on climate, often presenting climate contrarians as an equal and opposite balance to climate scientists. In coverage of the national climate assessment, for example, multiple cable news shows featured both climate scientists and climate deniers, as though the two are simply opposite sides of a debate. “Meet the Press,” “Anderson Cooper 360” and “State of the Union” all brought on climate deniers to provide balance to their shows. Republican politicians made the cable news rounds, too, spouting familiar tall tales about climate change being normal and cyclical or sun spots and volcanoes being the real culprits. Sen. Joni Ernst (R-Iowa) repeated the “the climate always changes” story on CNN, while Rick Santorum, informal White House adviser Stephen Moore and British politician Nigel Farage pushed the “climate scientists getting rich” narrative.

Though some outlets have moved to extricate deniers from the conversation, too many television news programs continue to bring on “contrarian” experts, giving a platform to tired lies. I say “lies” because fossil fuel industry scientists debunked these theories themselves decades ago, so they are knowingly perpetuating falsehoods. In a “global warming primer” prepared in the 1990s by the Global Climate Coalition, a since-disbanded consortium of fossil fuel producers, utilities, manufacturers, and other U.S. business interests (including the U.S. Chamber of Commerce), a Mobil scientist debunked all of the prevailing contrarian theories of the day on climate change. That part of the primer was left unprinted, of course, and oil companies went on to fund scientists promoting those very theories— the same ones that industry spokesmen and conservative politicians spout today.

In addition to propping up experts and leaning on media to use them as sources, oil companies have spent millions on advertising and advertorials over the years. Which seems innocuous — most companies advertise — but oil companies don’t sell a consumer product so much as a commodity. Most people aren’t loyal to a particular brand of gas; they buy whatever is most convenient or cheapest. So, when oil companies take out ads, it’s with the intention of shifting the opinions of the voting public, policymakers, and the media.

In an exhaustive survey of ExxonMobil’s advertorials from 1977 to 2014, science historian Naomi Oreskes and researcher Geoffrey Supran found that these pieces often took the form of “op-ads” that look and read a lot like op-eds but are paid for by an advertiser. Some simply presented positive stories about the company (heavily focused on their investments in algal biofuels, for example), but others argued for more relaxed policies on offshore drilling or a “common sense” approach to climate change regulation. The researchers found that “83 percent of peer-reviewed papers and 80 percent of internal documents acknowledge that climate change is real and human-caused, yet only 12% of advertorials do so, with 81 percent instead expressing doubt.”

A 1981 internal Mobil memo discovered by the Climate Investigations Center is an evaluation of the first decade of Mobil’s advertorial program, and it makes the company’s goals clear: “Not only is the company presenting its opinion to key opinion leaders, but it has been engaging in continuing debate with the New York Times itself. In fact, the paper has even changed to positions similar to Mobil’s on at least seven key energy issues.”

Granted, Mobil communications staff are giving themselves a lot of credit here, but whether they accomplished their goal is almost beside the point. This document shows the intention of these campaigns, and that’s something that should be taken seriously by any media outlet agreeing to run them, especially because many still do today. Campaigns that bring in big money at a time when the business of news is struggling are surely hard to turn down, but media outlets need to seriously consider the impact these campaigns have on their ability to inform the public, and work to mitigate that impact, above and beyond the usual “church and state” division between advertising and editorial. They could stop running these campaigns alongside climate reporting, do a better job of labeling campaigns, or refuse to run them altogether.

It’s well past time the media stopped allowing itself to be a tool in the fossil fuel industry’s information war. Oreskes likens the push for “balance” on climate change to journalists arguing over the final score of a baseball game. “If the Yankees beat the Red Sox 6-2, journalists would report that. They would not feel compelled to find someone to say actually the Red Sox won, or the score was 6-4,” she says.