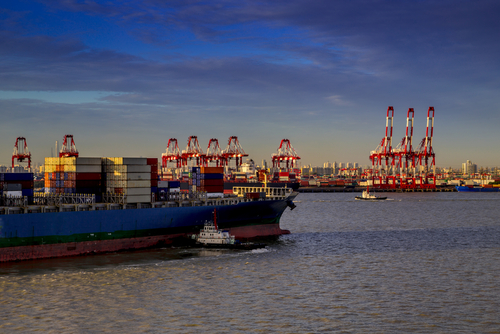 U.S. President Donald Trump said on Saturday there has been progress toward a trade deal with China, but denied that he was considering lifting tariffs on Chinese imports.

“Things are going very well with China and with trade,” he told reporters at the White House, adding that he had seen some “false reports” indicating that U.S. tariffs on Chinese products would be lifted.

“If we make a deal certainly we would not have sanctions and if we don’t make a deal we will,” Trump said. “We’ve really had a very extraordinary number of meetings and a deal could very well happen with China. It’s going well. I would say about as well as it could possibly go.”

Chinese Vice Premier Liu He will visit the United States on Jan. 30 and 31 for the next round of trade negotiations with Washington.

That follows lower-level negotiations held in Beijing last week to resolve the bitter dispute between the world’s two largest economies by March 2, when the Trump administration is scheduled to increase tariffs on $200 billion worth of Chinese goods.

According to sources briefed on the ongoing negotiations, cited exclusively by Reuters on Friday, the United States is pushing for regular reviews of China’s progress on pledged trade reforms as a condition for a trade deal – and could again resort to tariffs if it deems Beijing has violated the agreement.

“The threat of tariffs is not going away, even if there is a deal,” said one of three sources briefed on the talks who spoke with Reuters on condition of anonymity.

Chinese negotiators were not keen on the idea of regular compliance checks, the source said, but the U.S. proposal “didn’t derail negotiations.”

A Chinese source said the United States wants “periodic assessments” but it was not yet clear how often.

“It looks like humiliation,” the source said. “But perhaps the two sides could find a way to save face for the Chinese government.”

The Trump administration has imposed import tariffs on Chinese goods to put pressure on Beijing to meet a long list of demands that would rewrite the terms of trade between the two countries.

The demands include changes to China’s policies on intellectual property protection, technology transfers, industrial subsidies and other trade barriers.