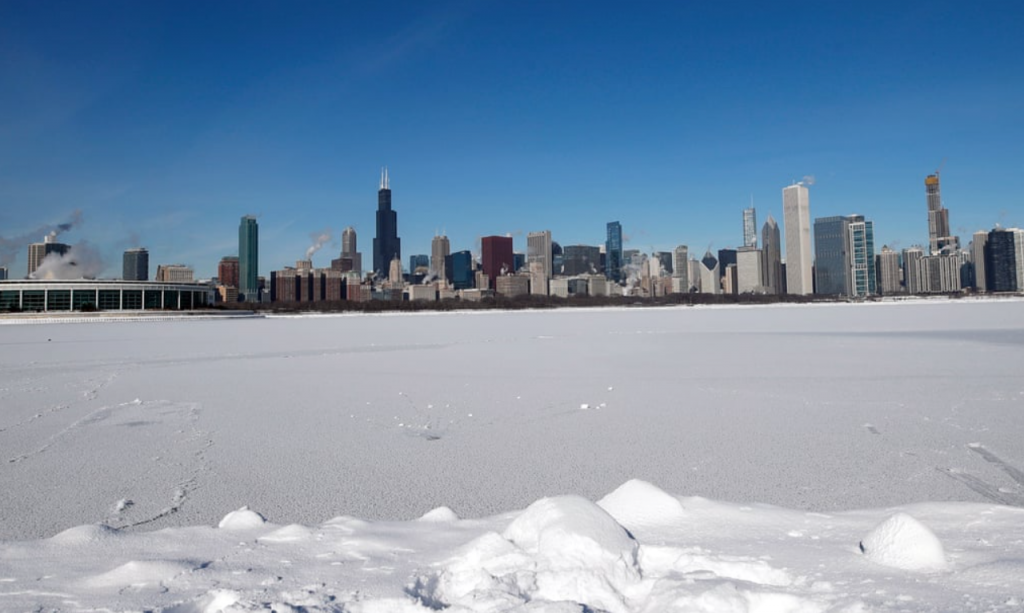 The planet has a fever: Can we treat it?

As the new year is carrying on where the old one left off, with growing signs climate disruption is accelerating at a more destructive rate than many scientists predicted.

The US deep freeze, which has plunged temperatures in Minnesotato -50C(-58F), may appear to have little in common with the searing heatwave that cooked Marble Bar, Australia, in 49.1C. But the extremes are consistent with theories about how increasing human emissions change major weather systems.

As carbon builds in the atmosphere, the planet warms and the ice caps melt, so the temperature gradient between the equator and the poles flattens out. Although the science is not yet conclusive, many scientists believe this is weakening the jet streams, which are important drivers of weather systems.

During the summer, this means high-pressure fronts linger for longer causing heatwaves such as those in parts of the northern hemisphere last May, June and July, and in the southern hemisphere over the past two months. During the northern winter, it loosens the polar vortex,
which lets the warmer southern air in, causing the freakishly high Arctic temperatures recorded last winter, and allows the frozen air out, which is being seen in the US. This also manifested itself last year in Europe as “the Beast from the East”.

Despite seasonal ups and downs, the overwhelming global trend is towards higher temperatures. Last month, the Copernicus Climate Change Service, the European institute that gathers satellite data, was the latest institution to confirm the past four years have been the warmest recorded.
“Dramatic climatic events like the warm and dry summer in large parts of Europe or the increasing temperature around the Arctic regions are alarming signs to all of us,” said Jean-Noël Thépaut, the head of Copernicus Climate Change Service. “Only by combining our efforts, can we make a difference
and preserve our planet for future generations.”

In October, the United Nation’s top climate science body – the Intergovernmental Panel on Climate Change – warned that North America and Australia were among the areas likely to feel the impact of significant rises in extreme heat. Bob Ward of the Grantham Research Institute on Climate Change and the Environment, said: “It is very important to note that, despite the cold weather, there is a very clear trend in the United States and Canada of winters becoming warmer, as they are around the world. It is a reminder that part of the challenge of climate change is that many of the impacts may be unexpected and unprecedented.

“That is why nobody can claim with confidence that we will be able to cope with all the impacts that everyone can see are developing around the world, including more extreme droughts, heavy rainfall, and heatwaves, disappearing glaciers and ice caps, rising sea levels and acidifying oceans.”

“That is why nobody can claim with confidence that we will be able to cope with all the impacts that everyone can see are developing around the world, including more extreme droughts, heavy rainfall, and heatwaves, disappearing glaciers and ice caps, rising sea levels and acidifying oceans.”

Information has been taken from www.theguardian.com