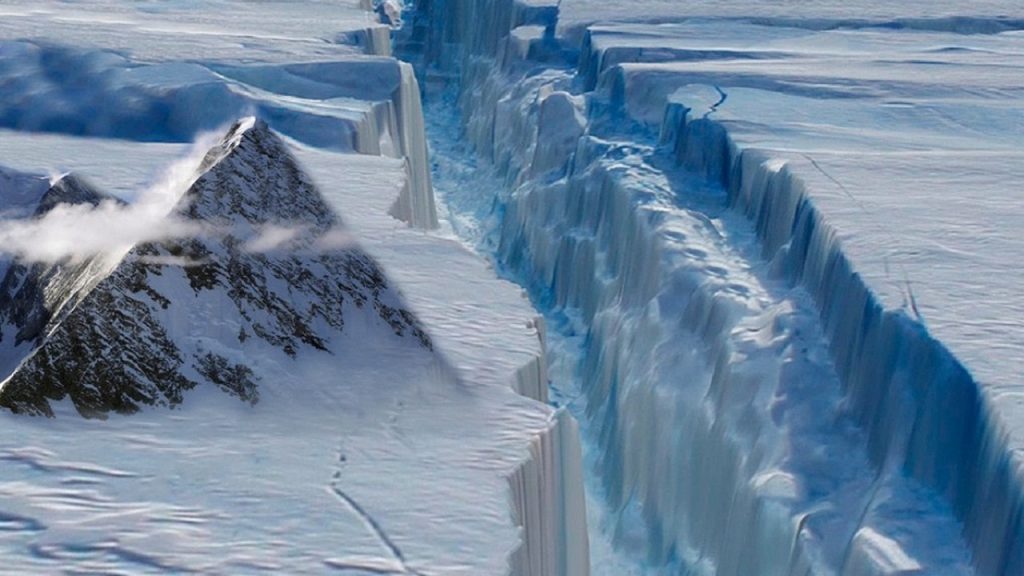 One of the largest icebergs ever recorded has been created after breaking free from an ice shelf in Antarctica with the volume of water is twice that of Lake Erie, one of North America’s five Great Lakes.
Larsen C is now 12 percent smaller than it was few months ago and, although the ice shelf will continue to regenerate, there is a fear among scientists that it is now less stable than pre-calving and that Larsen C will go the way of its predecessor Larsen B. That disintegrated into the ocean in 2002.
“Last year, BAS led the attempt to reach A-68’s calving point – but was beating back back by the sea-ice. This year, the Alfred Wegener Institute (AWI) is hoping to be favoured by more benign conditions. The researchers will need luck on their side, however. The region they are targeting in the
Weddell Sea is notorious for thick sea-ice. This could prevent their ship, RV Polarstern, from getting anywhere near their desired destination.”
“””We’ve been studying Antarctica for a long time now, but even in areas we think we know pretty well – about 10% of what I find at the bottom of the sea is new to science. These ice shelves are all around Antarctica, and this is our chance to get in there and study where a large segment of Larsen once was
– before its sea-floor changes.””, says Dr. Huw Griffiths”
“The expedition to Larsen C is an unprecedented opportunity to conduct international and interdisciplinary scientific research in this climate-sensitive region. Now is the time to address fundamental questions about polar continental ice shelves under climate change,” said AWI cruise leader, Dr Boris Dorschel.
Liked the article? Subscribe now to receive the hottest news and tricks every day.