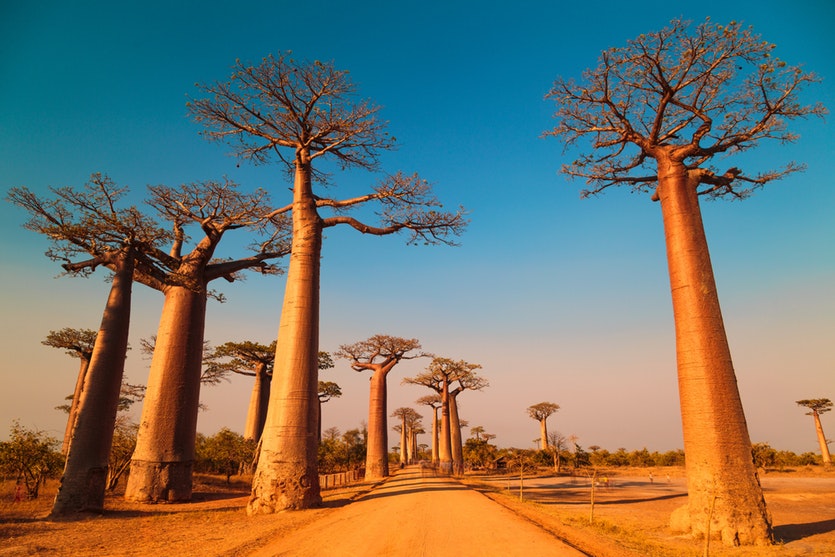 Climate change caused dying of the ancient baobabs in Afraica

“It is hard to imagine the Africa without these ancient giants as they have blend into the Saharan countryside and have been an icon of the African savannah since millennia. As the oldest seed producing trees in the
world, their resilience — some are more than 2,000 years old — have earned them many names in myths, legends and folklore.”
“Although, the baobab has been called the tree of life, some of the oldest and biggest baobab trees in southern Africa have died recently, and it may be due to climate change, according to a 2018 study published
in the journal Nature Plants.”
“Over the last 1,000 years in Southern Africa the baobabs have endured way worse droughts than we’re enduring, and they’ve had much wetter periods. But when you look at the locations where these millennial
and very large baobabs have died, they’re all located in Southern Africa. It’s not baobabs in general. It’s only baobabs that are at the southern margin.”
“””We suspect that the demise of monumental baobabs may be associated at least in part with significant modifications of climate conditions that affect southern Africa in particular. However, further research
is necessary to support or refute this supposition,”” the authors of the 2018 report wrote.”
When it comes to explaining exactly what is killing the baobabs, scientists suspect that we’re dealing with one of the fastest warming areas on the earth and the combination of drier conditions with hotter conditions is something that the baobabs are not coping with. That’s something that we will be testing in the future.
Liked the article? Subscribe now to receive the hottest news and tricks every day.