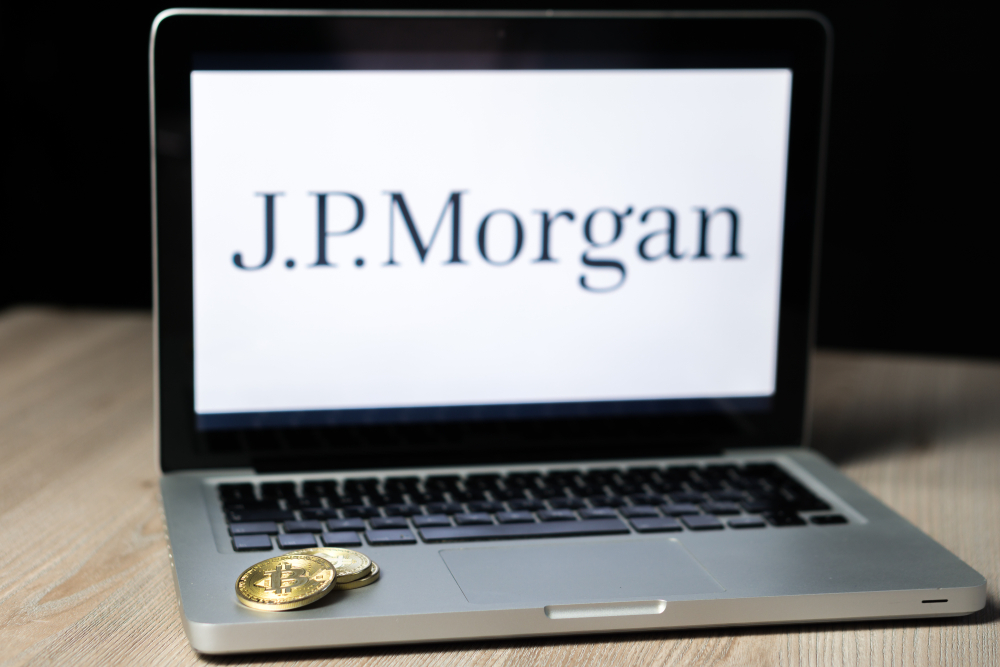 The first cryptocurrency created by a major U.S. bank is here — and it’s from J.P. Morgan Chase.

The lender moves more than $6 trillion around the world every day for corporations in its massive wholesale payments business. In trials set to start in a few months, a tiny fraction of that will happen over something called “JPM Coin,” the digital token created by engineers at the New York-based bank to instantly settle payments between clients.

J.P. Morgan is preparing for a future in which parts of the essential underpinning of global capitalism, from cross-border payments to corporate debt issuance, move to the blockchain. That’s the database technology made famous by its first application, bitcoin. But in order for that future to happen, the bank needed a way to transfer money at the dizzying speed that those smart contracts closed, rather than relying on old technology like wire transfers.

“So anything that currently exists in the world, as that moves onto the blockchain, this would be the payment leg for that transaction,” said Umar Farooq, head of J.P. Morgan’s blockchain projects. “The applications are frankly quite endless; anything where you have a distributed ledger which involves corporations or institutions can use this.”

For some, J.P. Morgan’s new currency may come as an unexpected development for a technology that rose from the wreckage of the financial crisis and was supposed to disrupt the established banking world.

When the international payments are tested, it will be one of the first real-world applications for a cryptocurrency in banking. The industry has mostly shunned the asset class as too risky. Last year, J.P. Morgan and two other lenders banned the purchase of bitcoins by credit card customers. And Goldman Sachs reportedly shelved plans to create a bitcoin trading desk after exploring the idea.

Though holders of digital currencies may seize on the news that a major financial institution is issuing its own crypto as bullish for the asset class, retail investors will probably never get to own a JPM Coin. Unlike bitcoin, only big institutional clients of J.P. Morgan that have undergone regulatory checks, like corporations, banks and broker-dealers can use the tokens.

There are other key differences between the bank’s crypto and bitcoin, which J.P. Morgan CEO Jamie Dimon has bashed as a fraudthat won’t end well for its investors. (To be clear, he and his managers have consistently said that blockchain, as well as digital currencies that were regulated, hold promise.)

Each JPM Coin is redeemable for a single U.S. dollar, so its value shouldn’t fluctuate, similar in concept to so-called stablecoins. Clients will be issued the coins after depositing dollars at the bank; after using the tokens for a payment or security purchase on the blockchain, the bank destroys the coins and gives clients back a commensurate number of dollars.

There are three early applications for the JPM Coin, according to Farooq.

The first is for international payments for large corporate clients, which now typically happens using wire transfers between financial institutions on decades-old networks like Swift. Instead of sometimes taking more than a day to settle because institutions have cut-off times for transactions and countries operate on different systems, the payments will settle in real time, and at any time of day, he said.

The second is for securities transactions. In April, J.P. Morgan tested a debt issuance on the blockchain, creating a virtual simulation of a $150 million certificate of deposit for a Canadian bank. Rather than relying on wires to buy the issuance — resulting in a time gap between settling the transaction and being paid for it — institutional investors can use the J.P. Morgan token, resulting in instant settlements.

The final use would be for huge corporations that use J.P Morgan’s treasury services business to replace the dollars they hold in subsidiaries across the world. Unseen by retail customers, the business handles a significant chunk of the world’s regulated money flows for companies from Honeywell International to Facebook, moving dollars for activities like employee and supplier payments. It generated $9 billion in revenue last year for the bank.

“Money sloshes back and forth all over the world in a large enterprise,” Farooq said. “Is there a way to ensure that a subsidiary can represent cash on the balance sheet without having to actually wire it to the unit? That way, they can consolidate their money and probably get better rates for it.”

Looking further out, the JPM Coin could be used for payments on internet-connected devices if that use for blockchain catches on, Farooq said.

J.P Morgan is betting that its first-mover status and large market share in corporate payments — it banks 80 percent of the companies in the Fortune 500 — will give its technology a good chance of getting adopted, even if other banks create their own coins.

“Pretty much every big corporation is our client, and most of the major banks in the world are, too,” Farooq said. “Even if this was limited to JPM clients at the institutional level, it shouldn’t hold us back.”