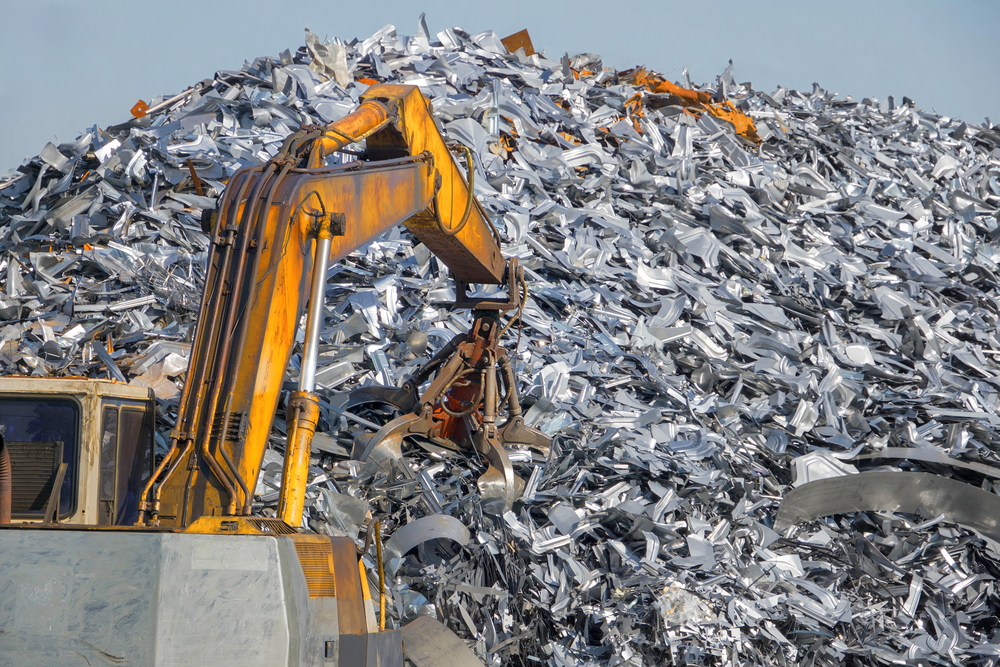 America has a recycling problem. Here’s how to solve it.

Ostensibly, China did the breaking. For years, China was home base for most of the world’s recycling, importing two-thirds of global plastic waste in 2016. Over the last 30 years, America and other countries have shipped more than 10 million metric tons of plastic to China. That came with plenty of social, economic, and environmental costs for China itself. So on the last day of 2017, the Chinese government issued new rules so restrictive that shipments of waste into China for recycling effectively came to a halt, meaning the U.S. had to deal with all its unwanted paper, plastic, and glass on its own.

China’s rules still stand, and America’s recyclable waste is piling up in landfills. But even before China started refusing shipments, our recycling system failed to actually recycle more than a fraction of the waste that went into it. Simply put, America’s recycling system isn’t efficient enough to deal with the amount of stuff Americans consume. Can it be fixed?

America’s recycling system has been a rickety, jury-rigged contraption for a very long time. The infrastructure was awkwardly duct-taped onto a waste management model that was purely linear: take resources from the natural world, use them, then toss them and move on. As a result, there isn’t really a good business model for recycling in America, which means few smart innovators have stepped in to make it better. The process can be complicated, and for many Americans, dealing with recycling is too much trouble to bother.

Meanwhile, there’s a deeper dissonance at play: The average American may be motivated to put their stuff in the recycling bin by an urge to protect the environment. But whether a plastic bottle actually gets a new life depends not on our good intentions, but on something far less altruistic: market changes and business cycles. Most recycling and waste management here in the U.S. is handled by private companies that partner with local governments. Like all businesses, recycling costs time, energy, labor, and resources. Profits depend on how expensive it is to recycle versus how expensive it is to just make new commodities with new materials. When the price of the latter falls below the former, the economic incentives disincentivize recycling.

The other problem is that recycling sites deal with huge and constant streams of waste, and have to separate out material that can be recycled from material that can’t. For instance, plastic shopping bags are often technically recyclable, but they tend to tangle up in the sorting machines. Normally recyclable materials contaminated with bits of food or grease or whatever are no good, either. What sorts of dyes and chemicals are used in plastics often determines which recycling facilities can (and can’t) handle them. And of course, some Americans just treat their recycling bin as a second garbage can.

This is why China was so important. American recyclers solved all these issues by just shipping huge portions of U.S. waste across the Pacific. Ultra-cheap Chinese labor kept the U.S. recycling business profitable, and foisted the logistical challenges of sorting the material onto someone else. When China called it quits, global demand for recyclable waste plunged relative to supply, costs of recycling surged, and the business model upended for lots of U.S. companies.

The good news is that markets are already adapting, to an extent. New processing plants — some backed by Chinese investors, no less — are opening up state-side, which means at least some demand for recyclable waste is returning to America.

New innovations and automation could also help. More advanced machines can sort different types of materials in the waste stream and get rid of the non-recyclable stuff. Optical recognition technology can now spot a cardboard box, regardless of whether the box has retained its shape or been flattened. Other approaches use blasts of air to separate materials with different weights and structures. Still other devices can take plastic bags full of aluminum cans or plastic bottles, open the bags, dump the recyclable items into the system, and prevent the bag itself from gumming up the works. This makes the whole process a little bit more efficient, and means the material that emerges from the recycling process is of higher quality.

New ideas are popping up at other points in the process, as well. One entrepreneur has a project called “Loop,” where products ordered online would come to a person’s house in a reusable tote bag or container. When the customer is done with the products, the containers go back in the tote rather than into the garbage. The shipping company picks up the tote and returns it to the seller so the containers can be recycled or reused.

But no matter how much innovative spirit private companies pour into recycling, just tossing stuff into the landfill will always win out if the relative costs favor it. To make recycling more efficient and more attractive, government will need to step in and put its thumb on the scale.

One option is to tax landfills — basically a carbon tax, but for garbage. That could economically incentivize more recycling. Local governments can do this, and many already do, through things like utility fees. But that comes with its own fraught politics. Doing it at the federal level would get our arms around the whole system, and probably be more politically durable. Other countries also charge fees directly to companies for their use of plastics or packaging materials, and then pump the revenue into expanding and upgrading the nation’s recycling infrastructure.

Regulations could also push companies to phase out hard-to-recycle plastics from their business models, to use more recycled content, or to package all food in compostable materials. (Some companies, like Nestléand PepsiCo, say they intend to do some of this on their own, which is admirable, but it would be better to have comprehensive national rules for this kind of thing.) By standardizing the waste stream at the point of production, we could allow consumers to think less about their garbage, rather than relying on mass shifts in individual behavior to keep the recycling system going.

Finally, we should also think about having the national government step into the recycling business directly — actually providing a user-friendly solution, rather than just hitting the market with new rules and taxes and fees and then expecting it to come up with fixes on its own. You could imagine a national “public option” recycling system that local governments could partner with if they wanted to. Again, other countries have ideas we could learn from: Norway charges consumers a deposit for every plastic bottle they buy, and then they get the deposit back when they return the bottles. South Korea has a national bin system with four categories, all color-coded and easily recognizable, so citizens can easily put recyclable waste in the correct place. Sweden has a network of recycling stations so extensive that you’re never more than 300 meters from one.

If America’s recycling system is ever going to live up to its purpose and potential, we will have to make use of top-down planning solutions from outside the market.