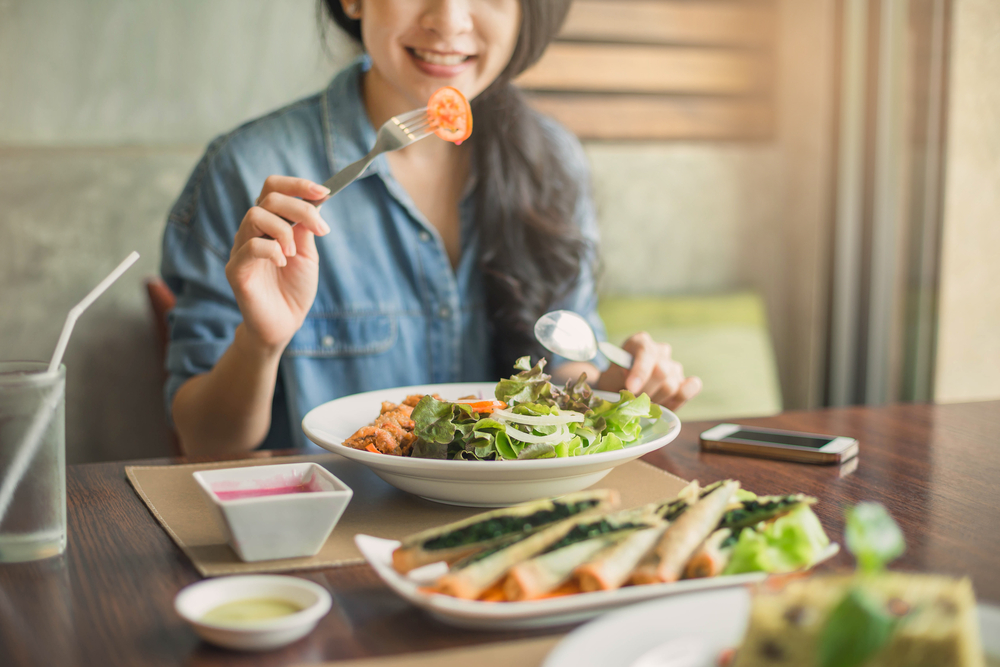 Can We EAT(-Lancet) Our Way to Sustainability?

According to scientists, we have entered a new epoch of natural history called ‘the Anthropocene’, where humans are a dominant geomorphic force shaping the very circumstances of life on Earth. For Kathryn Yusoff, this means:

“… perceiving ourselves as a substantial geophysical presence in contemporary earth history, not as separate passive victims of a capricious nature” .

Nature is so heavily saturated with human activity that the traditional ‘human-nature divide’ now no longer applies. Of specific concern is the global food system*, regarded by the EAT-Lancet Commission as the single largest driver of environmental degradation, climate instability and biodiversity loss.

Food production accounts for a staggering 30% of total greenhouse gas (GHG) emissions and 70% of freshwater usage. In the U.S., for instance, 149 million acres of cropland are required to feed the nation’s livestock.

As it stands, the global food system cannot meet the consumptive and nutritional demands of a projected 10 billion people by 2050 — 3 billion of whom are already malnourished — within planetary boundaries*.

“Over 820 million people have insufficient food and many more consume low-quality diets that contribute to a significant rise in diet-related obesity, deficiencies and non-communicable diseases, including coronary heart disease, stroke and diabetes. Unhealthy diets pose a greater risk to morbidity and mortality than unsafe sex, alcohol, drugs and tobacco use combined.” (EAT-Lancet, 2019)

Published in January 2019, the EAT-Lancet commission — Food in the Anthropocene: Healthy Diets for Sustainable Food Systems (read summary report here) — proposes a ‘planetary health diet’, as well as five strategies for sustainable food production. It is the brainchild of 19 commissioners and 18 co-authors of various disciplines from 16 countries; and comes two weeks after the World Economic Forum’s white paper on Alternative Proteins, as part of its ‘Meat: The Future’ series. Researchers hope that the commission will pave the way to accomplishing the UN Sustainable Development Goals (SDGs) and Paris Agreement.

What is the Planetary Health Diet?

The ‘planetary health diet’ consists of half a plate of vegetables and fruits; and half a plate of whole grains, plant-sourced protein like legumes and nuts, unsaturated plant oils and optionally modest portions of animal-sourced protein, added sugars and dairy. This amounts to an intake of 2,500kcal/day, compared to 2,000kcal/day typically advised for women.

Worldwide adoption of the diet — that is, a 50% decrease in global meat consumption — is expected to reduce premature adult deaths by 19–13% (roughly 11 million) each year.

Crucially, the planetary health diet is flexitarian* to accommodate various local and/or personal realities, such as geography, livelihood, physical exertion, taste and demography. Authors noted the special needs of adolescent, pregnant and breastfeeding women, and infants under two.

As mentioned above, the commission further calls for more ‘climate smart’ food and livestock production practices. Five strategies are outlined:

2. Reorient agricultural priorities from producing high quantities of monoculture crops, to a diversity of nutritious foods.

4. Solid governance of land and oceans. This would entail:

5. Reduce food losses on the production side and food waste on the consumption side by addressing post-harvest infrastructures, transportation, packaging, and investments in public health/sustainability education for consumers.

Renowned obesity researcher, Dr. Zoe Harcombe, warned that the diet was ‘nutritionally deficient’ in vitamin B12 (readily available in meat products, although many plant-based foods are fortified with B12). Moreover, it provided just 17% of retinol recommended, 5% of vitamin D, 22% of sodium, 67% of potassium, 55% of calcium, and 88% of iron.

It is also worth asking: whose interests does this commission serve? EAT-Lancet’s massive PR budget was solely funded by the Wellcome Trust, which became embroiled in a fossil fuel scandal in 2015. It also boasts a wide array of corporate sponsors with questionable engagements of their own, including Bayer (pesticides), Kellogg’s (ultra-processed grains), Olam (palm oil) and PepsiCo (flavor additives).

Founder of EAT, Norwegian billionaire and ardent environmentalist, Gunhild Stordalen, was condemned for ‘blatant hypocrisy’ after she and her husband were revealed to own a £20 million private jet which they flew regularly on their globe-trotting adventures.

By extension, one can only imagine the obscene amounts of GHG emitted by EAT-Lancet’s 37 disparately located contributors for meetups and panel discussions.

The EAT-Lancet commission is not perfect, nor is it a ‘silver bullet’ solution to our climate problem. However, it’s certainly a step in the right direction and exhibits the kind of audacity, pro-activeness and holism that today’s environmental policies seem to lack.

It all starts with you.

Give ‘Meatless Monday’ a shot; buy from local or regenerative farms where possible; or create a vegetarian rendition of a classic family meal (check out these scrumptious recipes by One Green Planet!). Every little ‘sacrifice’ can make a literal world of difference.

There will, of course, be some resistance as repeated choices gradually calcify into habits. But just because it’s what we’ve ‘always done’, doesn’t mean it’s right.

… And no, ‘but bacon though’ is not a valid excuse.

Flexitarian | a largely vegetarian eating plan with the occasional serving of meat or fish.

Food system | all the processes and infrastructures involved in feeding a population. It encompasses the growing, harvesting, processing, packaging, distributing, marketing, consuming and disposing of food.

Half-Earth strategy | a controversial plan set forth by Edward O. Wilson to conserve at least 80% of pre-industrial species richness by designating 50% of Earth a human-free ecosystem reserve.

Planetary boundaries | the nine ‘safety limits’ within which humans must operate to ensure a stable and hospitable Earth system for future generations. According to Johan Rockström et. al (who coined the term back in 2009), four boundaries were already breached in 2015. This included climate change, biosphere integrity, land-system change and biogeochemical flows.