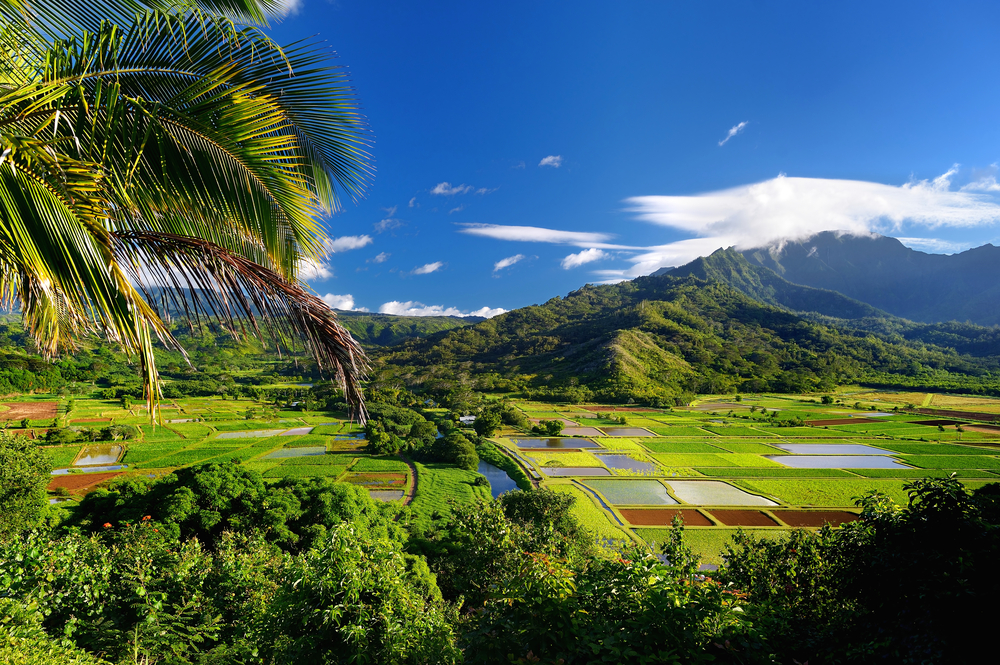 Food shortage solutions are crucial everywhere, though are perhaps most necessary in geographically isolated places such as Hawaii. Only 13 percent of food consumed in the state is actually produced here and development pressure threatens to deplete lands that could be cultivated. Climate change and the resulting food shortages and changes to shipping conditions also have the potential to drive importation costs up in coming years.

Researchers from Kamehameha Schools, the University of Hawaii at Manoa and the United States Geological Survey published a study in the March issue of the journal Nature Sustainability examining what the capacity of indigenous agricultural food production might literally bring to the state’s collective table under the threat of a changing climate.

“We have a system that existed for a millennium that can tell us areas that were productive for (a specific) way of farming that is not completely detrimental to the environment around us … and could be productive today,” said Natalie Kurashima, the study’s lead author.

The concept of indigenous agriculture in Hawaii is centered around traditional knowledge, cultural values and principals as well as an understanding of the environment. It encompasses some traditional practices and crops but in a modern context would include the integration of produce like avocado that weren’t part of pre-colonial Hawaiian agriculture.

“It’s about rebuilding the system of relationships of people to place,” Kurashima said.

The study utilized spatial distribution models to examine three traditional agroecosystems — lo‘i, or irrigated pondfield ag, that centered around taro; dryland ag that was rain-fed and revolved around dryland taro, yam and sugarcane; and colluvial ag that was also rain-fed and yielded root, shrub and tree crop material used for medicine, tools and clothing as well as food.

Results showed pre-contact potential of the Hawaiian archipelago to farm around 250,000 acres of land and produce more than 1 million metric tons of food annually — enough to feed around 86 percent of Hawaii’s present day population.

It did not account for issues like spoilage, production variability due to uncontrollable events or food fed to animals. However, that would likely be offset and then some when factoring in protein production by way of fishing, aquaculture and the raising of livestock.

By contrast, the study found the state’s current agricultural system spans more than 900,000 acres of cropland and pasture, yet yields only a little more than 150,000 metric tons of food that is consumed locally.

Part of the production problem is the cost of labor, Kurashima said, while another issue is exportation. Many of Hawaii’s most widely grown crops like seed corn, coffee and macadamia nuts are sold out of state.

“I wouldn’t argue to export or produce less,” she added. “I would just argue we need to do more in non-productive places.”

To do so might require a change in thinking. Kurashima said some of the better areas for indigenous agriculture are valleys and floodplains, which from a continental system of thinking is not the case.

Farming would also have to take place in some conservation zones where it isn’t currently allowed. Mauka areas encompassing the lower reaches of the forests are suitable for indigenous ag, Kurashima explained, but often are protected by conservation.

However, invasive species have reduced the “bang for buck” of these regions in terms of biodiversity conservation, the focus of which has moved to higher elevations, she said.

“Our large landowners should start to think about the potential … of these systems,” Kurashima said. “These are the kind of regulatory hurdles we have to start thinking about addressing now.”

According to the study, land conversion and development have depleted lands that could be used to restore indigenous ag systems by 13 percent. More than 40 percent of state ag lands are unfarmed and a majority of them are suited for restoration of indigenous food systems.

The study went on to project impacts of three possible climate scenarios characterized by various changes in temperature and precipitation that predict ag production decreases ranging from essentially no change to a 19 percent decline by the end of the century.

So while Hawaii is unlikely to reach complete food sustainability based on climate change, land-use restrictions, urban development and population growth, it’s potential to produce vastly exceeds current production levels even under a worst-case future scenario.

The study concluded restoration of indigenous agroecosystems is a crucial element to that end.

“I honestly don’t know what we should do … but we can’t be shipping the majority of our diet here,” Kurashima said. “(The study says) ‘Hey, this is what’s possible. How are you as the Department of Agriculture going to work with other people to reach these goals?’”

Perhaps the most significant impediment to local sustainability facing the Hawaii Department of Agriculture is simply getting people interested in farming as a career. The average age of the Hawaii farmer recently topped 60 and young people aren’t lining up to replace those preparing to retire.

“My parents and their parents said never go into ag,” Kurashima recalled. “I really do feel not having enough farmers is at the crux of the issue. You can’t make a living wage farming in Hawaii. The cost of living is ridiculous.”

She suggested more affordable ag housing allowing people to live where they farm would help encourage farmers while developing the relationship with the land, for which her study on indigenous agriculture advocates.

Affordability in general is another concern — buying up land that can actually be farmed. Hawaii has a new farmer program that dispenses ag loans. Eligible applicants must have resided in the state for at least three years and meet other qualifications like earning a degree in ag from an accredited university or having farming experience commensurate with that education.

Loans come in the amount of $250,000. The accompanying interest rates are either 6 percent or 1.5 percent below the prime rate, the state applying whichever rate proves lower at the time of the loan with a floor of 3 percent.

More information can be found on the state website available at http://hdoa.hawaii.gov/agl/home/new-farmer.

Phyllis Shimabukuro-Geiser, Hawaii Board of Agriculture chairperson, said the biennium budget asks for ag loan funds in the amount of $12.5 million “to support new farmer interests and operational loans for existing business and those affected by natural disasters in 2018.”

Along with those monies, there is $12.5 million in capital improvement project funds for upkeep of water systems used, in part, for crop irrigation.

The UH Manoa College of Tropical Agriculture and Human Resources also has the GoFarm Hawaii program, which offers training for beginning farmers and agribusiness services.

Kurashima said she believes the state must make access more of a priority if it wants to get anywhere close to its goal of doubling local food sustainability rates from 13 percent to 26 percent within the next two years — a mark hard to imagine Hawaii clearing based on current initiatives of which she’s aware.

“One of the reasons a lot of these indigenous systems have (fallen away) … is because people were denied access to ancestral lands,” she said. “When you’re denied access … the knowledge of how to farm that place falls out of recent memory.”