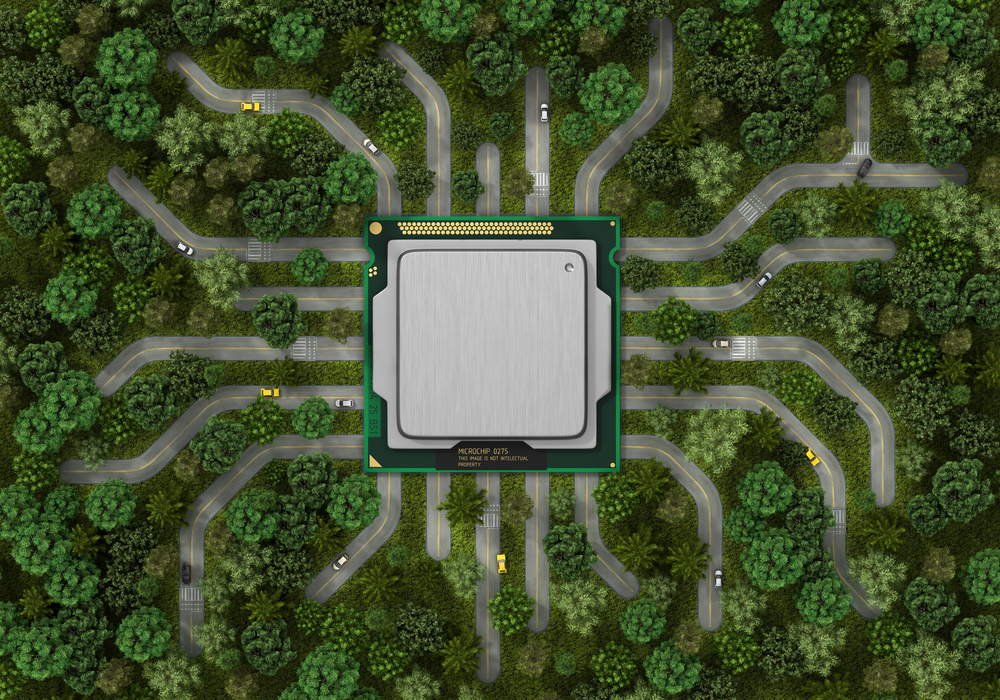 Will the trees thank us for going cashless?

Going digital is not as green as it might seem.

The big push to go digital – paying with an app, not a note; e-bank statements; the paperless office – resonates with some people concerned about the environment.

However, it is increasingly apparent that some of the companies espousing these ideas are motivated more by profit than ecology. So let’s examine the claim that paperless is environmentally friendly.

At present, 74.7 percent of pulp delivered to paper and board mills in Europe is forest management certified by independent forest certification schemes.

The notion that paper consumption is stripping the planet is not exactly accurate either, being that the leading cause of deforestation in the Amazon, for example, is the result of agricultural and cattle-ranching expansion.

Crucially, European forests grew by 44,000 Square Kilometres – an area bigger than Switzerland – between 2005 and 2015. Additionally, paper is only responsible for around 13 percent of world forestry harvests.

When new trees are planted as part of sustainable forestry practices, they extract carbon from the air and store it in wood over their life-time. This directly reduces greenhouse gases.

Two Sides, a paper industry advocate countering many of the voices in the corporate world who condemn paper in order to promote their own digital services and products, writes: “The paper, pulp, and print sector is one of the lowest industrial emitters of greenhouse gasses, accounting for one percent of global greenhouse gas (GHG) emissions.”

Crucially, being made from a sustainable crop, cash outshines the oily PVC plastic of debit and credit cards. Soon, with the adoption of modern green energy to power ATMs, and as electric powered vehicles revolutionise the transportation cost of cash for the environment, we will see the carbon footprint of cash only reduce.

The same cannot be said of the growing beast that is the digital payments system. With every new payment app or fintech company that emerges, yet more energy is consumed, taking its toll on the environment.

Paying with cash is far more environmentally responsible than digital payment alternatives due to the sustainable resources used to make it, contrary to the narrative being spun by card companies and banks.

The cashless society that many people want to see happen is not eco-friendly at all.

Computers, mobile phone networks, and data and server centres are partly responsible for the destruction of over 600 square miles of forest in the US alone, due to their unprecedented consumption of electricity.

This is, in turn, tied to the coal industry. Stopping to consider the ecological cost of the hallowed microchip can be a startling experience.

A report by the United Nations University found that the most conservative figures for the quantities of fossil fuel and chemical inputs used to produce and use a single 2g microchip are estimated at 1600g and 72g, respectively.

Williams, Ayres, and Heller, the report’s authors, said: “Secondary materials used in production total 630 times the mass of the final product, indicating that the environmental weight of semiconductors far exceeds their small size.”

That is to say that the tiny microchips which make up the fabric of the digital revolution are not terribly good for the planet. When compared with a car – which has the relative input/output ratio of 1:2 – this becomes all the more shocking. Ultra-purified carbon, comes at a somewhat impure cost.

Then we have to consider the consumption process associated with mobile phones, the devices which we are being told will replace money with their digital payments.

Aside from the damaging environmental effects of large-scale raw mineral extraction activity, the oil and metal mining industries are not without other issues.

It is quite easy to find potential roadblocks on the horizon when looking in particular at the metallic components of your average smartphone. The impending global copper supply deficit notwithstanding, there are an average of 62 elements found in a handheld device, few of which are sustainable in any real sense.

Chief among concerns are the 16 out of 17 of the world’s rarest minerals which make our digital brains so effective – elements like gold and dysprosium.

A study by Yale University concluded: “Many of the metals needed to feed the surging global demand for high-tech products, from smart phones to solar panels, cannot be replaced, leaving some markets vulnerable if resources become scarce”.

The authors added to this conclusion that substitutes for such metals and metalloids are either insufficient alternatives, for their relevant purposes, or they are non-existent.

If we then consider the much more mundane issue of e-waste itself, we start to form a clearer picture. According to The Global E-Waste Monitor 2017, we are now producing 44.7 million metric tonnes annually, of laptops, computers, mobile phones, and various other gadgetry. The authors of the E-Waste report indicate dryly that this is the equivalent 4500 Eiffel Towers.

Global data centre traffic for 2020 is predicted to be 7 times that of 2015, increasing the strain on energy consumption and involving more and more consumers in ever shrinking consumption cycles. The average life-cycle of a first use mobile phone in the UK in 2015 was 23.5 months. However, in China where mobile payments have shot ahead of traditional payments it was just 19.5 months per phone per user.

Paper, certainly, does not deserve the harsh criticism it receives – particularly, the responsible, sustainable practices of European producers. Perhaps we should begin to consider the possibility that, in spite of commercial pronouncements, going digital is not as green as we thought.

Robert Moore is a retired biology professor interested in matters such as the environment and the impact of the industry on the climate. He is now  an independant environmental consultant working for small to medium-size companies that want to minimimize or eliminate environmental damage.