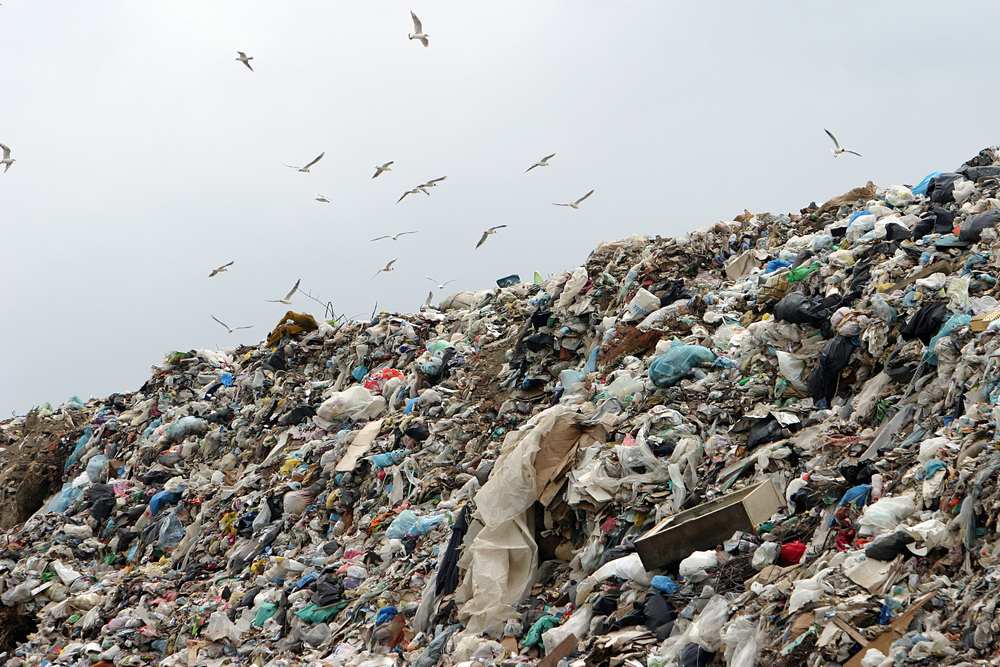 Many within the trash industry think so. But incineration and other “waste-to-energy” projects may pose dangers to the environment.

WHAT IS TO be done with the swelling flood of plastic waste, if we don’t want to see it snagged in tree branches, floating in ocean gyres, or clogging the stomachs of seabirds and whales?

Plastic production is expected to double in the next 20 years, according to a report issued by the World Economic Forum. Plastic recycling rates, meanwhile, hover around 30 percent in Europe, just nine percent in the U.S., and zero or close to it in much of the developing world.

This past January, a consortium of petrochemical and consumer-goods companies called the Alliance to End Plastic Waste, including Exxon, Dow, Total, Shell, Chevron Phillips, and Procter & Gamble, committed to spending $1.5 billion over five years on the problem. Their aim is to support alternative materials and delivery systems, beef up recycling programs, and—more controversially—promote technologies that convert plastics to fuel or energy.

Sophisticated incinerators that burn plastic and other municipal waste can produce enough heat and steam to turn turbine blades and generate electricity for the local grid. The European Union, which restricts the landfilling of organic waste, already burns almost 42 percent of its waste; the U.S. burns 12.5 percent. According to the World Energy Council, a U.N. accredited network that represents a range of energy sources and technologies, the waste-to-energy sector is likely to witness steady growth in coming years, especially in the Asia Pacific region. China already has some 300 waste-to-energy plants operating, with another several hundred in the pipeline.

“As countries like China close their doors to foreign waste and an overburdened recycling industry fails to keep up with the plastic pollution crisis,” says John Hocevar of Greenpeace, “incineration will increasingly be pushed as an easy alternative.”

Is it a good idea?

Burning plastic trash to create energy sounds sensible: Plastic is, after all, made from hydrocarbons, just like oil, and is more energy-dense than coal. But several obstacles loom to a big expansion of waste-burning.

For one thing, siting waste-to-energy plants, like siting landfills, is difficult: No one wants to live near a plant that may host hundreds of trash-filled trucks a day. Usually the plants end up near low-income communities. The U.S. has seen only one new incinerator since 1997.

Waste-to-energy plants are also expensive to build and operate, so they generally charge more to tip loads of trash than landfills do. And because plants run most efficiently with steady streams of waste, their owners often need to import material from far, far away.

Large plants do generate enough electricity to supply tens of thousands of houses. But studies have shown that recycling plastic waste saves more energy—by reducing the need to extract fossil fuel and process it into new plastic—than burning it, along with other household waste, can generate.

Finally, waste-to-energy plants have the potential to emit low levels of toxic pollutants such as dioxins, acid gases, and heavy metals. Modern plants employ sophisticated scrubbers, precipitators, and filters to capture these compounds, but as the World Energy Council cautiously states, in a 2017 report, “These technologies are useful as long as the combustion plants are properly operated and emissions controlled.”

Some experts worry that countries lacking environmental laws, or strict enforcement, may try to save money on emissions controls. And then there’s incineration’s constant production of greenhouse gases. In 2016, U.S. waste incinerators released the equivalent of 12 million tons of carbon dioxide, more than half of which came from plastics.

A better way to burn?

Another way to convert waste to energy is through gasification, a process that melts plastics at very high temperatures in the near-absence of oxygen (which means toxins like dioxins and furans aren’t formed). The process generates a synthetic gas that’s used to fire turbines. But with natural gas so cheap, gasification plants aren’t competitive.

A more attractive technology right now is pyrolysis, in which plastics are shredded and melted at lower temperatures than gasification and in the presence of even less oxygen. The heat breaks plastic polymers down into smaller hydrocarbons, which can be refined to diesel fuel and even into other petrochemical products—including new plastics. (The Alliance to End Plastic Waste includes pyrolysis companies.)

Seven relatively small pyrolysis plants now operate in the U.S., some still in demonstration phase, and the technology appears to be expanding worldwide, with facilities in Europe, China, India, Indonesia, and the Philippines. The American Chemistry Council estimates that the U.S. could sustain 600 pyrolysis units handling 30 tons of plastics a day, for a total of around 6.5 million tons a year—just under a fifth of the 34.5 million tons of plastic waste the country now generates.

Pyrolysis can handle the films, pouches, and multi-layered materials that most mechanical recyclers cannot, says Priyanka Bakaya, founder of the plastic-to-fuel company Renewlogy. And it produces no harmful pollutants, she says, other than “a minimal amount of carbon dioxide.”

On the other hand, critics call pyrolysis an expensive and immature technology, with startups that have come and gone over the years, unable to meet their pollution control limits, or technical and financial goals. It is still cheaper to make diesel from fossil fuel than from waste plastic.

But is it renewable?

Is fuel from plastic a renewable resource? The European Union thinks so: It considers energy generated from burning any kind of carbon-based municipal waste renewable and thus eligible for subsidies. But plastics aren’t renewable in the sense that wood, paper, or cotton are. Plastics don’t grow from sunlight: We make them from fossil fuels extracted from the ground, and each step in that process has the potential to pollute.

Moreover, converting plastics to fuel that will ultimately be burned seems to contravene the European Union’s adoption, in 2015, of “circular economy” goals, which aim to keep resources in use for as long as possible and call for all plastic packaging to be reusable, recyclable, or compostable by 2030.

“When you take fossil fuels out of the ground, make plastics with them, then burn those plastics for energy, it’s clear that this is not a circle—it’s a line,” says Rob Opsomer of the Ellen MacArthur Foundation, which promotes circular economy efforts. But pyrolysis, Opsomer adds, can be considered part of the circular economy if its outputs are used as feedstock for new high-quality materials—including durable plastics.

Zero-waste advocates worry that any approach to converting plastic waste into energy does nothing to reduce demand for new plastic products and even less to mitigate climate change. “To uplift these approaches is to distract from real solutions,” says Claire Arkin, a campaigner with the Global Alliance for Incinerator Alternatives—that is, solutions that allow people to use less plastic and reuse and recycle more