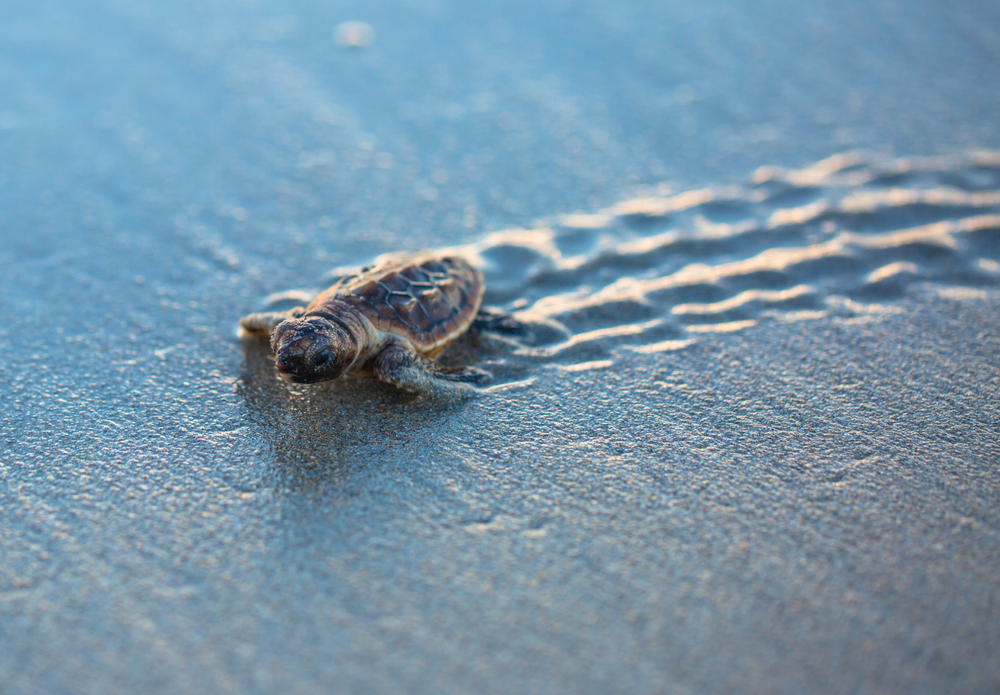 Baby Turtles Return to Mumbai Beaches after HUGE Clean Up

Olive Ridley baby turtles have officially returned to the beaches of Mumbai, and it is all because one of the world’s largest beach clean-up efforts. Last summer, conservationists watched as over 80 baby turtles made their way across Mumbai’s Versova Beach, which was previously home to a massive garbage heap.

“I had tears in my eyes when I saw them walking towards the ocean,” Afroz Shah, an activist in Mumbai, shared.

It has been a few decades since the baby turtles have had access to the beach, which is an important part of their migratory journey to the Arabian Sea. Watching the turtles waddle towards the sea was confirmation that the clean-up efforts were well worth it and inspired volunteers to keep up the good work.

It took a little over two years for volunteers to clean up the beach and remove the massive piles of trash. The mounds of plastic and other human waste was over five feet high, making it impossible for the baby turtles to make their journey to the sea. Following the clean-up effort, you can now play in the sand just like any beach in the world.

The pristine condition of the beach is all thanks to the efforts of  hundreds volunteers who gathered over 11 million pounds of garbage over the course of two years. The volunteers, whom Shah helped organize, also cleaned up nearby river systems and initiated programs to prevent local residents from using the beach as a landfill.

Shah also cleaned up over 52 public restrooms in the area and installed 50 coconut trees alongside the beach. Shah and his team plan to plant a grove of mangrove trees in the future, which he hopes will help with flooding and increase the quality of the water.

Between the beach clean-up and the baby turtles returning to Mumbai, the United Nations gave Shah their Champion of the Earth Award and named the project the “world’s largest beach clean-up effort.”