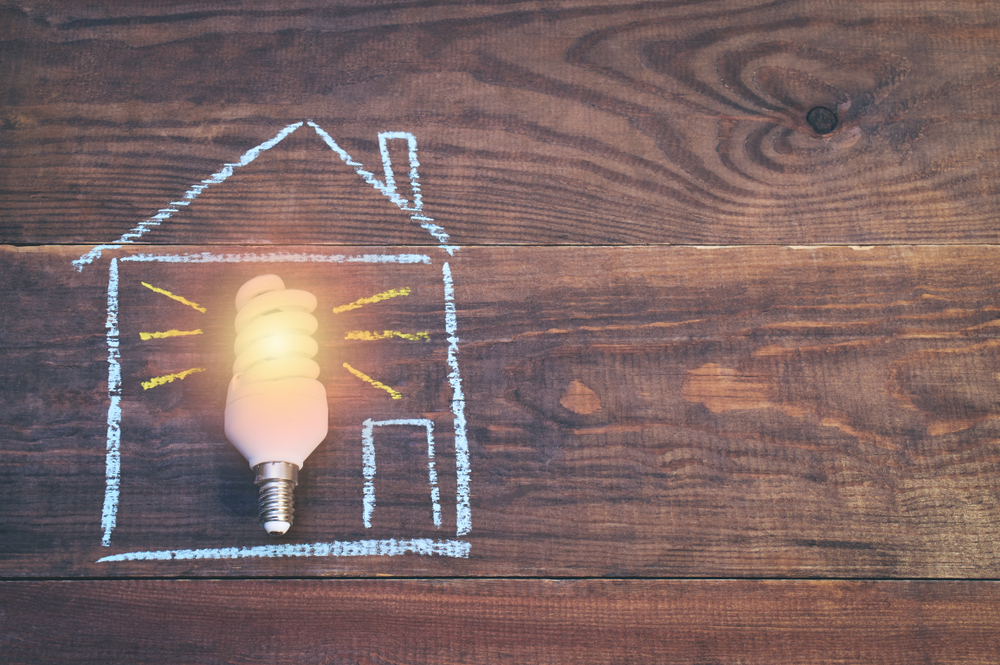 Save Energy in Hawaii to Save the Environment

Is there anyone in the state of Hawaii who does not want to see their utility costs go down?

We all know the answer to that. Now, consider this possible solution: Two bills moving steadily through the Legislature promise a $537 million net cost savings for consumers over the next 15 years.

The bills, similar in language and scope, propose that Hawaii adopt appliance efficiency standards that California and several other states have already implemented. Recognizing that Hawaii might follow suit, the California Energy Commission,Natural Resources Defense Council and Consumer Federation of America are among the organizations testifying in support of House Bill 556 and Senate Bill 1323.

“Without state appliance efficiency standards to protect consumers, Hawaii residents risk losing as much as $1,000,000,000 in unnecessary energy waste as manufacturers unload less efficient appliances that they cannot sell in other states with heightened standards,” according to the authors of HB 556.

Citing a 2017 national study from the American Council for an Energy-Efficient Economy, the authors of SB 1323 estimate that saving $1 billion over 20 years in electricity costs works out to about $250 a year for each Hawaii household.

The commonplace appliances targeted by the bills are faucets, shower heads, spray sprinklers, computers and monitors and certain types of fluorescent lamps.

If the Legislature passes an appliance efficient standards bill, and if Gov. David Ige signs it into law — as they all should — consumers could start to see savings within months of the law’s implementation.

So far, the prognosis for both bills looks good as legislators near the halfway mark of the 2019 session. HB 556, introduced by Rep. Nicole Lowen with the backing of 19 of her colleagues, is headed for a floor vote in the House. Same goes for SB 1323, which was introduced by Senate President Ron Kouchi.

Both bills would then cross over to the opposite chamber for further deliberations.

The main difference between the two is that the House bill requires the state Department of Commerce and Consumer Affairs to adopt the state’s appliance efficiency standards while the Senate bill would make the Department of Business, Economic Development, and Tourism the lead agency.

One possible compromise is for DBEDT to take the lead role. As DBEDT itself has testified, since it is not a regulatory agency it could instead collaborate with the Hawaii Energy Program. Hawaii Energy is contracted through the Public Utilities Commission to move the state toward a 100 percent clean energy future. 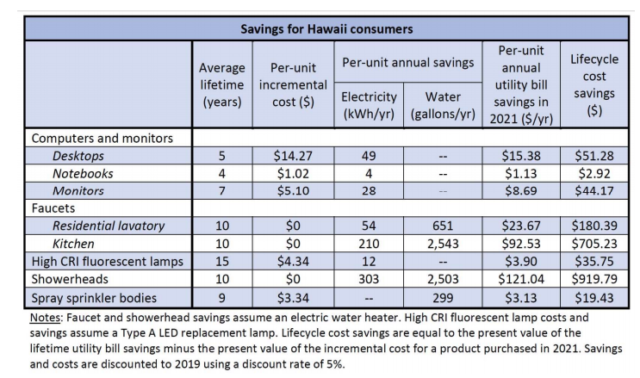 There is some opposition to the measures, notably from the Association of Home Appliance Manufacturers.

In its testimony the trade group questioned whether it was appropriate “to permanently transfer its oversight and expertise on appliance efficiency standards” to a state agency. The association also warned of budget costs.

But other states are already adopting these standards. Besides California they include Colorado, Connecticut, Oregon, Rhode Island, Vermont and Washington.

“Adopting state appliance efficiency standards is also a priority initiative for the U.S. Climate Alliance to accelerate climate action,” Blue Planet Foundation explained in its own testimony favoring the bills. It continued:

“Hawaii has the biggest opportunity for significant savings. Lights and appliances are far more efficient than they were just years ago. Yet energy-wasting devices are still being sold because Hawaii lacks consumer protection standards for energy efficiency in appliances.”

A similar standards bill died last session, but more and more lawmakers are understanding that appliance efficiency makes good sense for a state pledged to a 100 percent clean energy goal by 2045.

The authors of both bills predict that their legislation adopting new standards can boost the local economy because of increased savings for consumers and businesses, improve electrical system reliability and reduce air pollutants and greenhouse gas emissions.

What are we waiting for?