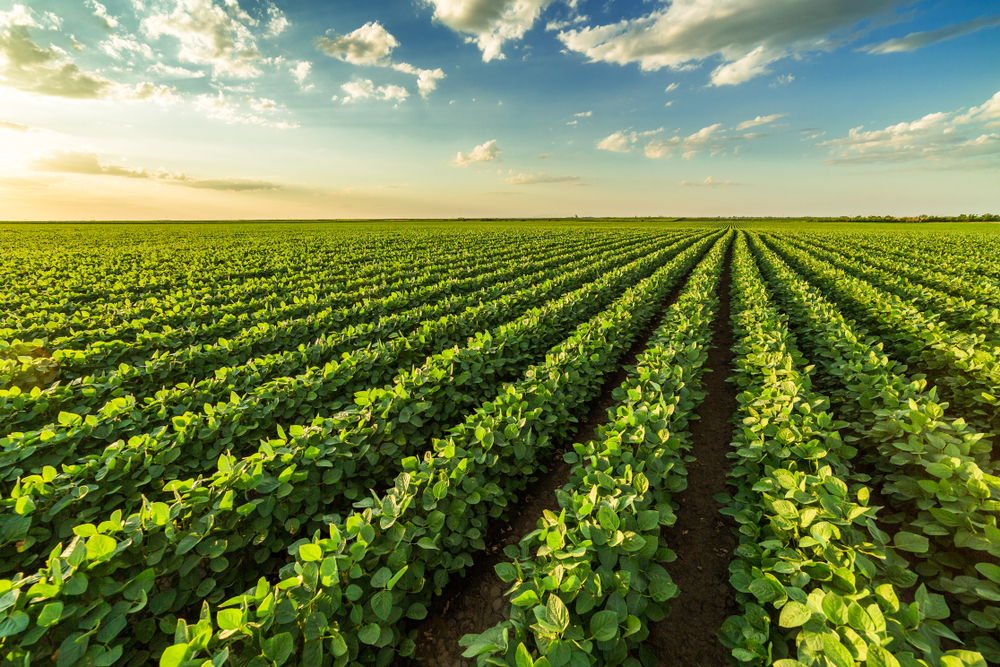 The Amazon rainforest could be the greatest casualty of the trade war between the United States and China, warns a new study showing how deforestation pressures have surged as a result of the geopolitical jolt in global soy markets.

Up to 13m hectares of forest and savannah – an area the size of Greece – would have to be cleared if Brazil and other exporters were to fill the huge shortfall in soy supply to China that has suddenly appeared since Donald Trump imposed hefty tariffs, according to the paper published in Nature.

US exports of the commodity, primarily used to feed livestock, to China plummeted by 50% last year, which the authors say is an unusually sharp level of decline between two trading partners outside wartime.

As well as raising concerns that food is being used as an economic weapon – though not yet at the level of the 1980 grain embargo on the Soviet Union during the cold war – this has prompted fears about the additional burden it could put on an already highly stressed global environment, particularly in the Amazon region.

To make up the gap from the US, China will need to find 22.6m to 37.6m tonnes from elsewhere, notes the journal article. This could be spread among the 94 soy-producing nations but by far the most likely source is Brazil, already the world’s biggest supplier of soy and keen to further boost its agricultural exports.

Boosting production would require either greater yields per hectare or more land. More intensive agriculture is difficult because Brazil’s nutrient-poor tropical soils already need nearly three times as much fertiliser as those in the US and Canada. So the easiest way for farmers to increase harvests is to plough new fields in the frontier lands of the Cerrado savannah and the Amazon forest.

The amount of land needed would depend on adjustments to global trade and government regulation. But even if Brazil simply maintained its current share of the non-US soy market, this would require up to 5.7m hectares more land, a 17.3% increase on current levels.

The authors warn this could push deforestation of the Amazon beyond even the worst levels of 3m hectares a year recorded between 1995 and 2004, with dire implications for carbon dioxide emissions.

“This is a case study of why it will be extremely difficult for the world to meet the Paris target to keep warming within 1.5C [above pre-industrial levels]. We’re moving in the wrong direction,” said Peter Alexander, one of the authors and lecturer in global food systems and security at the University of Edinburgh.

“Many people may not realise that a trade war between two nations can affect land use in a third country. But this is the unintended consequence that arises from decisions made in a complex web of interactions in which change in any one part may affect every other.”

Regulatory barriers to deforestation are already under pressure. Much of the remaining Amazon forest is designated as nature reserves, indigenous territory or the homes of quilombolas and extractivist forest dwellers. In recent years, however, the strong “ruralista” agriculture lobby in Brazil has pushed for a weakening of protections.

The government of Jair Bolsonaro has further diluted the powers of the environment agency and pushed for the expansion of agricultural interests. Rising soy prices have also sent a signal to farmers to cash in by expanding their cropland.

Brazil is already moving to take advantage of the trade war. At the end of last year, 75% of China’s soya bean imports came from Brazil, which was a new record and a sign that the entire US shortfall was substituted with Brazilian soya beans, according to the paper. The stock index of the country’s 52 biggest companies has risen faster than any other market in the region.

Trade talks between the US and China continue. A deal could help stabilise the soy market and ease deforestation concerns. The authors say consumer choices in other nations could also make an impact if it helped to reduce global demand for beef and pork, which are largely fattened on soy feed.

But the situation could easily get worse. The conservative estimates for land clearance in the new paper assume Chinese demand for soy will remain stable. The trend is very different, Since 2000, China’s imports of the commodity from the US have risen 700%, from Argentina 200% and from Brazil 2,000%. If even more of the supply pressure is concentrated on Brazil, the impact is most likely to be felt by the Amazon, the world’s biggest forest, greatest home of biodiversity and most important terrestrial carbon sink.

The Nature article concludes with a stark call for change. “Governments, producers, regulators and consumers must act now. If they don’t, the Amazon rainforest could become the greatest casualty of the US–China trade war.”