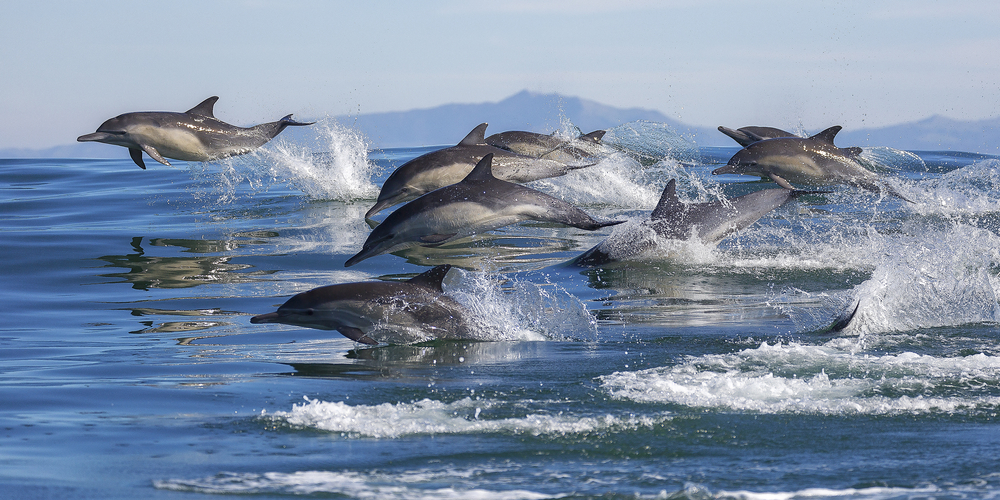 Dolphins may be in serious trouble as temperatures rise with global warming.

The heat wave caused the water temperature of an area called Shark Bay to rise about 4 degrees above the annual average. After the heat wave, the survival rate for some species of dolphins fell by 12%, according to a study published Monday in the journal Current Biology.

What worries the researchers is that this change in birth rate wasn’t only observed immediately after the year of the heat wave. They studied the dolphins that lived in Shark Bay between 2007 and 2017, and the decline in births lasted at least until 2017.

“It was serendipity really. We have been working in that part of Shark Bay since 2007, now as part of a large study,” Michael Krützen, an author of the study and director of the Department of Anthropology at theUniversity of Zurich, wrote in an email.

Researchers had noticed that the warmer waters killed a lot of seagrass, which drives the bay’s entire ecosystem. It provides food and protection for animals that live there.

“Once we realized that the 2011 warm water event had such devastating consequences on the seagrass beds in Shark Bay, we wondered whether [animals] on top of the food chain might also be affected,” Krützen said.

What was a surprise, he said, was that even six or seven years after the heat wave, there was still “no clear sign that things were back to normal — survival and reproduction were still lower, so these short term effects have long-term consequences on marine megafauna.”

It’s unclear what is causing the change in dolphin survival and birth rate. It may be because fewer newborns survived the higher temperatures. Dolphin parents may have been neglecting their offspring due to the environmental change. Or the heat could have delayed the animal’s sexual maturity. The team hopes to do more research to find out.

Not all dolphin groups were affected. Some of those in Shark Bay use sponges as tools to hunt, and those dolphins weren’t as negatively impacted, at least not in the time period the researchers observed. Long-term, however, they don’t know whether those animals would be similarly affected.

Scientists have long known that a warmer ocean is bad news for animals. The warmth stresses the entire ocean food web, studies show. Warmer oceans hold less oxygen, which can cause massive fish kills. Corals, home to many fish and other sea creatures, are also extremely temperature-sensitive. Heat waves between 2016 and 2017 killed half the corals at the Great Barrier Reef, for instance.

It’s likely there will be many more ocean heat waves. Climate change is particularly hard on the oceans, which absorb 93% of the Earth’s energy imbalance. The oceans have been warming at an accelerated rate since the 1960s, studies have found.

“Survival and reproduction are important parameters that inform us about the health of a population,” Krützen said. “It seems that extreme weather events appear to threaten marine mammal populations in their existence. If we want to conserve these populations, we have to think how the frequency of such events can be kept at a minimum.”

“Seriously,” he said. “[I’m] not sure these effects with the very large destruction of seagrass cannot be undone or repaired by humans. Nature will do it, but it takes time in the case of Shark Bay.”