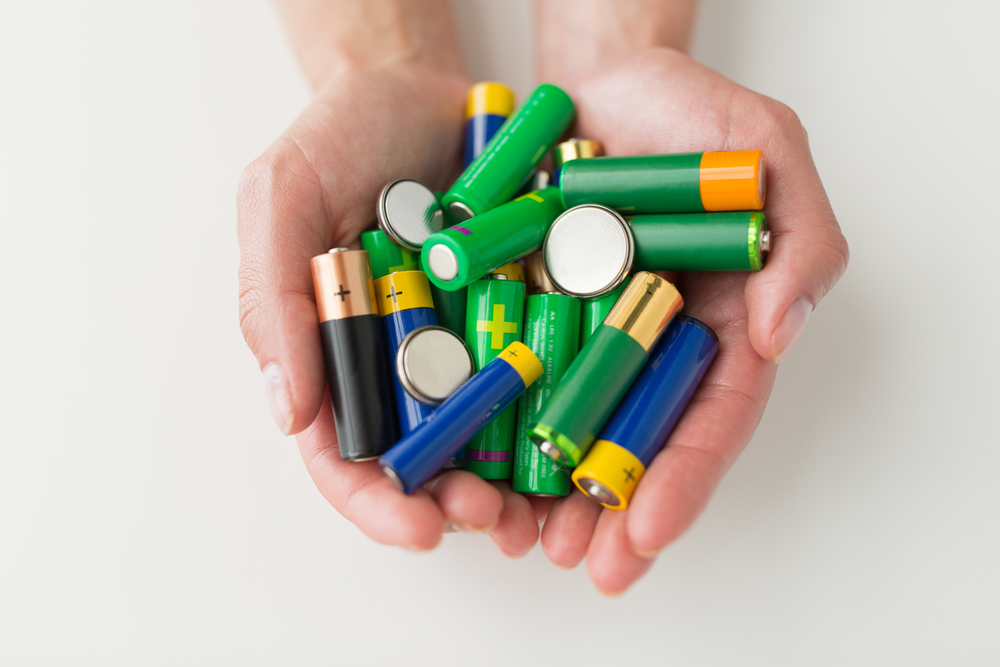 Battery recycling is often a problem, but the valuable materials stored within don’t have to be thrown away.

Our old, unused batteries are often simply thrown in the trash or emptied into a local battery recycling hotspot, but there are valuable materials contained within which are being wasted as a result.

In the age of personal electronics, cobalt, lithium, and rare earths are being used at a rapid rate, elements of which are leftover in spent lithium-ion batteries used in everything from our smartphones to tablets and now, also, our electric vehicles.

Recycling batteries to make use of these elements more than once can be a harsh process which is environmentally toxic.

However, Rice Lab of Materials scientist Pulickel Ajayan has developed an eco-friendly solvent to extract these valuable elements which could, one day, help keep old batteries out of landfill sites.

“This has been attempted before with acids,” said  Kimmai Tran, Rice graduate student and lead author of the study. “They’re effective, but they’re corrosive and not eco-friendly. As a whole, recycling lithium-ion batteries is typically expensive and a risk to workers.”

The solvent is made of choline chloride and ethylene glycol, which are common ingredients in chicken feed additives and plastic precursors. When mixed, the solution is far less toxic than the chemicals currently used to extract elements from batteries. In addition, the mix does not need the high temperatures of today’s current recycling methods.

Once applied, the solvent turns blue-green as it pulls cobalt out of spent lithium-ion cathodes. As its current stage of development, the solvent is able to extract roughly 90 percent of cobalt from powdered compounds and a “smaller but significant” amount of cobalt from used batteries, according to the researchers.

The scientists tested their solvent with small, prototype batteries and cycled them 300 times. The solution was able to separate cobalt and metal oxides from other compounds.

“Rechargeable battery waste, particularly from lithium-ion batteries, will become an increasingly menacing environmental challenge in the future as the demand for these through their usage in electric vehicles and other gadgets increases dramatically,” Ajayan says. “It’s important to recover strategic metals like cobalt that are limited in supply.”

The team focused on cobalt as a resource-scarce material but says that lithium can be extracted in the same manner.

“It’s likely we won’t be able to recycle and replace mining completely,” Tran said. “These technologies are relatively new, and there is a lot of optimization that needs to be done, such as exploring other deep eutectic solvents, but we truly believe in the potential for greener ways to do dirty chemistry.”

The study has been published in the academic journal Nature Energy and was supported by the National Science Foundation.