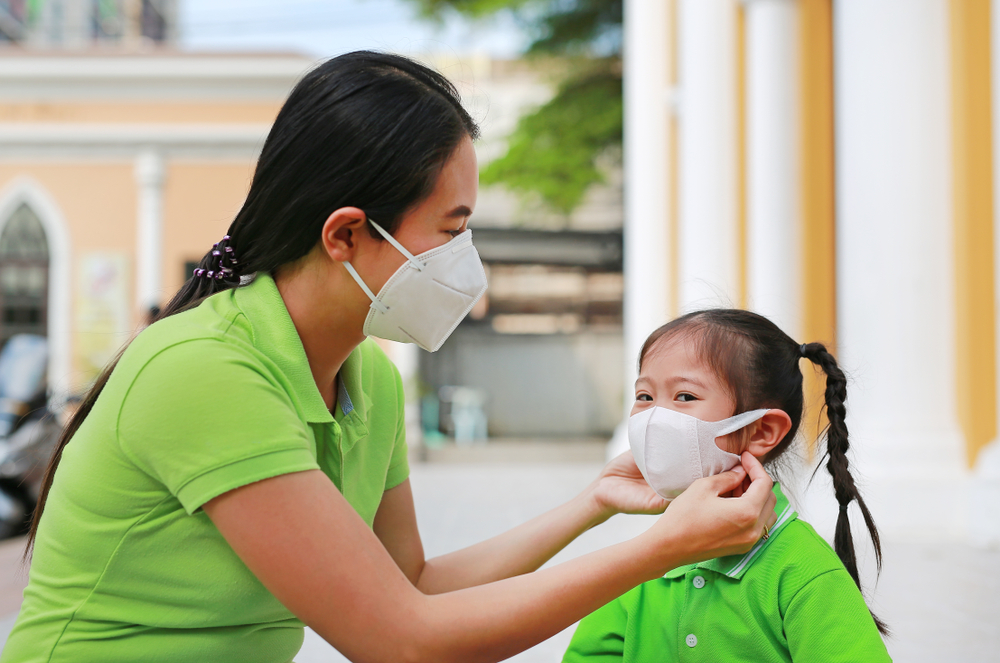 The life expectancy of children born today will be shortened by 20 months on average by breathing the toxic air that is widespread across the globe, with the greatest toll in south Asia, according to a major study.

Air pollution contributed to nearly one in every 10 deaths in 2017, making it a bigger killer than malaria and road accidents and comparable to smoking, according to the State of Global Air (SOGA) 2019 study published on Wednesday.

In south Asia, children can expect to have their lives cut short by 30 months, and in sub-Saharan Africa by 24 months, because of a combination of outdoor air pollution caused by traffic and industry, and dirty air indoors, largely from cooking fires. In east Asia, air pollution will shorten children’s lives by an estimated 23 months. However, the life expectancy burden is forecast to be less than five months for children in the developed world.

“That the life of children is being shortened so much came as really quite a shock,” said Robert O’Keefe, the vice-president of the Health Effects Institute, which produced the report. “There is no magic bullet but governments should be taking action.”

Alastair Harper, the head of campaigns and advocacy at Unicef UK, which has warned repeatedly of the threat to children’s health, said: “This adds to a bleak picture of how polluted air impacts the health of society’s most vulnerable groups, particularly children. Evidence continues to mount showing a relationship between exposure to toxic air and low birthweight, reduced lung development and childhood asthma.”

He added: “It’s clear with better monitoring of global pollution data we will improve our understanding of the issue and how we can tackle it. The damage to children’s health is happening right now.”

Although young children face particular threats, such as stunted lung development that will last throughout their lives, older adults are also at risk: nearly nine in 10 deaths attributable to air pollution were in the over-50s. Ageing populations in many parts of the world are likely to increase the death toll for years to come, said O’Keefe.

Air pollution accounts for 41% of global deaths from chronic obstructive pulmonary disease, 20% from type 2 diabetes, 19% from lung cancer, 16% from ischaemic heart disease, and 11% of deaths from stroke, according to the report, described as the most systematic annual study of the health effects of global air pollution.

However, there are signs that actions taken by governments are working, including reducing forms of some particulate pollution in the developed world.

O’Keefe also pointed to China’s levels of air pollution, which have bucked the developing world trend by starting to fall in the last several years. China’s 2013 action plan set air quality targets and measures to reduce the reliance on coal and make industry cleaner, while controlling the number of vehicles in some cities and investing in clean energy. “They have kept on pursuing this, they have dispatched government officials to these places to enforce, and air pollution has begun to turn a corner in China,” he said.

According to the report, south Asia had the highest level of exposures to PM2.5, a size of particulate that can cause breathing difficulties and cardiovascular problems, with the rate in Nepal and India nearly twice the rate of China’s exposure to the particles. Among the countries with the lowest levels were the US, Norway, Canada, Sweden and New Zealand, though the Maldives, Brunei and Estonia also scored well on the measure.

Household air pollution is another key issue, with 3.6 billion people estimated to be exposed globally, with a “double whammy” for the health of those also exposed to high levels of outdoor pollution. In the developing world, reliance on solid fuels, such as biomass for cooking and heating, is the main source of indoor pollution.

The report also found ground-level ozone continues to be a major problem in rich countries, where it is produced in the atmosphere by nitrogen oxides and similar pollutants, emitted from traffic and some industrial processes. Breathing in the gas increases the likelihood of dying from respiratory disease and can exacerbate other respiratory problems.

Last year’s SOGA study found dirty air was nearly ubiquitous among the global population, with more than 90% of people worldwide breathing in dangerous air, the result of industrial expansion, increasing traffic and exposure to indoor pollution from solid-fuel cooking fires.

Air pollution is an increasing concern across the world, with studies linking it to a wide range of effects on health, from dementia to miscarriage, and it has been described as a global emergency.

O’Keefe said measures to take included investing in electric vehicles, and renewable energy. But he warned that investing in some infrastructure, such as coal-fired power, could “lock in” air pollution for years to come.