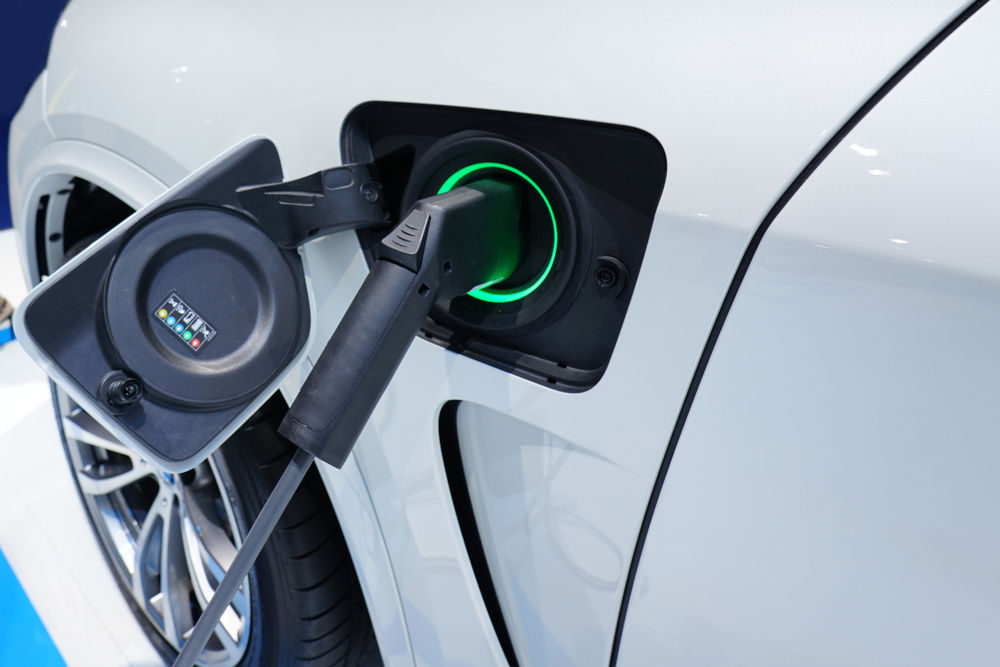 Electric vehicle sales are rising, and a variety of companies are getting into the charging game. Utilities like Duke see a revenue opportunity that could slip away.

With electric vehicle sales climbing, utilities are investing in thousands of new EV charging stations, recognizing that if they don’t move now, they could lose out on a growing and increasingly competitive market.

The latest example is Duke Energy, which this week proposed a $76 million program in North Carolina that it described as the largest investment in electric vehicle infrastructure among utilities in the Southeast.

“This is definitely part of a broader movement in the electricity sector to electric transportation,” said Noah Garcia, a transportation energy analyst with the Natural Resources Defense Council, an environmental group. “They are seeing the opportunity is ripe now as the technology has matured.”

Utilities also see selling power to motorists “as a way to shield or insulate them from other shifts in power sectors,” Garcia said. It could help them make up for some sales losses as increases in energy efficiency and private rooftop solar, for example, cut into growth in traditional electricity demand.

A lack of charging stations has been an impediment to electric vehicle sales in many parts of the country, but that landscape is starting to change.

Electrify America, a subsidiary of Volkswagen, has expansive plans stemming from the legal settlement over its diesel emissions cheating scandal. It’s investing $2 billion over 10 years in electric vehicle infrastructure and education, including putting in fast-charging stations that can add 20 miles per minute in 39 states, and chargers in 17 major metro areas. Volkswagen is separately funding charging stations in dozens of states through an environmental mitigation trust set up under the settlement.

There is a clear incentive for the utilities to start providing charging infrastructure sooner rather than later, said Brett Smith, an auto industry researcher at the Center for Automotive Research in Ann Arbor, Michigan.

“If the independent companies are in all the prime spots,” he said, “what is left for the utilities?”

Which States Are Seeing Investments?

Dozens of members of the Edison Electric Institute, an industry group representing investor-owned electric utilities, are investing more than $1 billion in electric vehicle infrastructure and outreach, including charging stations and electrical grid upgrades, said Kellen Schefter, a senior manager of the industry group.

The bulk of that has been in California, which has about half of all the electric vehicles in the country right now, but utilities in other states are jumping in, too, he said.

In addition to its new $76 million proposal in North Carolina, Duke Energy has a similar but smaller program under consideration by utility regulators in South Carolina. It is also installing up to 530 electric vehicle charging stations in Florida.

In its filing with utility regulators in North Carolina, Duke identified similar actions by utilities in other states, including Michigan and Maryland just this year.

“There are global policy drivers pushing in this direction, as well,” including international efforts to curb carbon dioxide emissions, Schefter said.

Transportation contributes nearly a third of U.S. greenhouse gas emissions, the bulk of that from light-duty cars, trucks and SUVs, according to the EPA.

The number of electric vehicles on American roads topped 1 million for the first time last year, and sales have jumped, with a 29 percent increase from 2016 to 2017, and then a leap of 75 percent from 2017 to 2018, according to industry figures.

Production and sales forecasts for the next few years are still fairly uncertain, but there’s “general agreement” that electric vehicles over the next 15 years “will become a very important part of the fleet,” Smith said.

A November study by the Edison Electric Institute estimates that there will be 18.7 million electric vehicles on the roads in 2030, and that one of every five motor vehicles sold that year will be battery powered.

These cars have a loyal customer base—people like Sarasota, Florida, resident and professional engineer Chris Sharek, who recalled that after spending $1,000 on gas on a vacation in Iceland several years ago, “I was done.”

So he said he traded in his fifth gas-guzzling Jeep Cherokee sport utility vehicle and for a Chevy Volt, an electric car with a gasoline backup, which he said could get 200 miles to the gallon. He said he now drives an all-electric Tesla and calculates his fuel costs at 3 cents per mile.

Having more charging stations along highways will ease drivers’ concerns about drained batteries and make trip planning less challenging, he said. Most of the time, however, he said batteries are so good now with longer driving ranges that people can do much of their charging at home.

Florida ranks fourth in the country for the most plug-in electric vehicles, with 40,548 registered, and with no state rebates. “I just think there is a lot of grassroots advocacy for clean air and clean energy here in Florida,” Sharek said.

The Duke Energy proposal to expand charging infrastructure in North Carolina seeks permission from the North Carolina Utilities Commission to have the company’s ratepayers foot the $76 million cost. The state currently has 13,054 plug-in electric vehicles on the road.

Duke Energy has also been boosting its solar power supplies while closing coal-fired power plants, moves that help further lower the climate changeimpact with the shift to electric vehicles.

A transition to electric vehicles will improve air quality, which will benefit all customers, Wheeless said. “Also, the information we gain from the pilot program will help Duke Energy better invest in future grid infrastructure—again, benefitting all customers by more efficient grid investment.”

The proposal would, specifically:

“As we see a shift toward cleaner resources and transitioning away from … coal, these vehicles will only continue to get cleaner over time,” said Garcia, with NRDC.