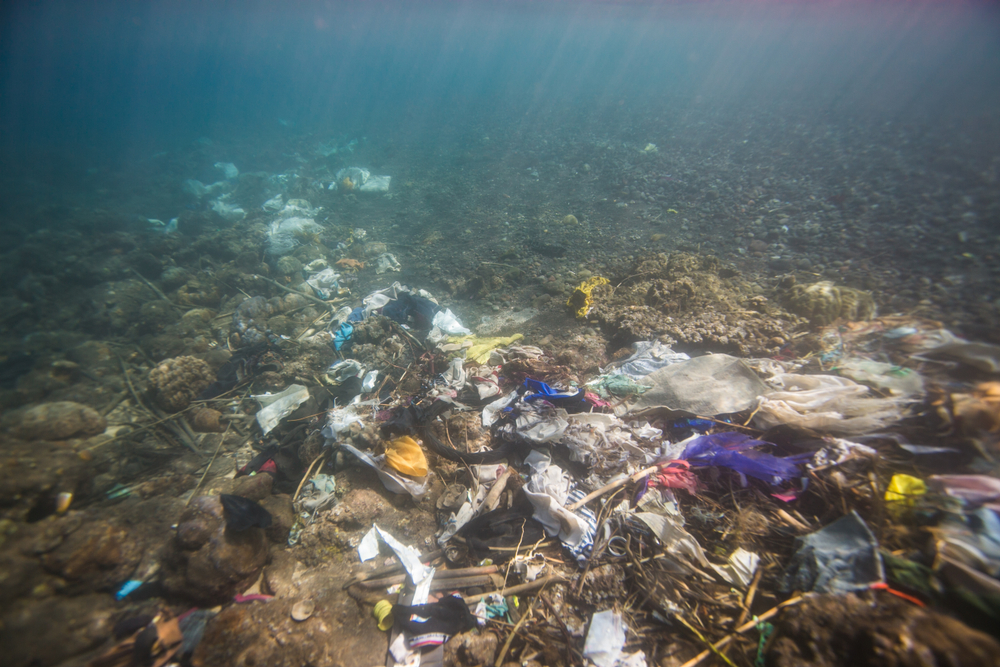 Pollution and our oceans

In a Comment in this issue of The Lancet Planetary Health, Jessica Bogard and colleagues discuss the role of fish and seafood in future sustainable diets. They highlight some of the benefits of consuming seafood as a major source of dietary protein, as well as the challenges involved in measuring its true sustainability. The UN estimates that around 3 billion people are dependent on seafood as their primary protein source, while over 200 million people are employed in work related to marine fisheries. These figures alone—not to mention the many other links between human societies and the ocean—highlight the scale of the threat that could arise if we do not find a way of managing our oceans sustainably.
However, while the role of life in our oceans is valued enough to have Sustainable Development Goal 14 dedicated to its preservation, it is under threat every bit as much as life on land. Over the past couple of years, the staggering challenges related to plastic waste pollution have entered the public consciousness and drawn some much needed attention to the links between human health and that of our oceans. Upsetting as stories of animals choking on plastic are, perhaps the most frightening aspect of plastic pollution is that the long-term effects are still largely unknown. And plastics are not the only pollutants entering the oceans of which our understanding remains limited. As discussed in The Lancet Commission on pollution and health, no basic toxicity data are publicly available for about half of the roughly 5000 high-volume chemicals produced around the world, many of which will eventually make their way into the seas.
Even if these chemicals that have yet to be studied in depth prove not to be harmful, there are plenty of pollutants that we know can cause serious harm. The heavy metal mercury, for example, is deposited into water after being released by burning coal and other fossil fuels, where it undergoes conversion to the more hazardous methylmercury. Methylmercury bioaccumulates along the food chain resulting in dangerously high levels in apex predators such as marine mammals and tuna, which when consumed by pregnant women or children, can have harmful neurodevelopmental effects, not to mention the harmful effects experienced by the animals themselves. Without a method to extract the methylmercury from the water, the simplest method to manage the problem is to avoid eating the potentially contaminated animals, which creates additional demands for other food sources and places a disproportionate burden on Indigenous populations who have a traditional role for such foodstuffs.
It is not only directly poisonous pollutants that can disrupt aquatic ecosystems and contaminate food supplies. Human activities that result in eutrophication or climate change-associated alterations to water temperature, acidity, or salinity can stimulate the growth of pathogenic organisms, such as members of the Vibrio genus of bacteria, and exacerbate natural processes such as harmful algal blooms. Vibrio species can cause illness in humans, fish, and other marine life, including corals. Harmful algal blooms, meanwhile, can have more generalised effects such as causing hypoxia that results in mass fish mortality. Furthermore, many harmful algae release their own toxins, which can affect those who ingest them, whether directly or via contaminated seafood (particularly shellfish), with results ranging from diarrhoeal illness to neurotoxic effects. Monitoring seafood for potential contamination is a major undertaking, and while tools such as the European Union’s Rapid Alert System for Food and Feed have been largely successful in preventing mass poisoning events, they add to the costs of aquaculture and could deter investment in a potentially sustainable method of food production.
With the oceans seeming to have a larger role than ever in the future of human societies, now is a time to pay attention to these challenges and take action to prevent the situation getting any worse. Ocean pollution has much in common with freshwater pollution, with shared contaminants and, potentially, shared solutions. As with other types of pollution, the effects are often felt far from the source and international cooperation will be essential. There is, however, cause to hope on this front. March 25 to April 5, 2019, marked the second of four rounds of talks at the United Nations, as member states try to work out a new Global Ocean Treaty to define protected areas of the high seas and ways to enforce this protection. With goals of protecting as much as 30% of the world’s ocean by 2030, real improvements could be within the delegates’ reach. This is an opportunity that must not be lost.