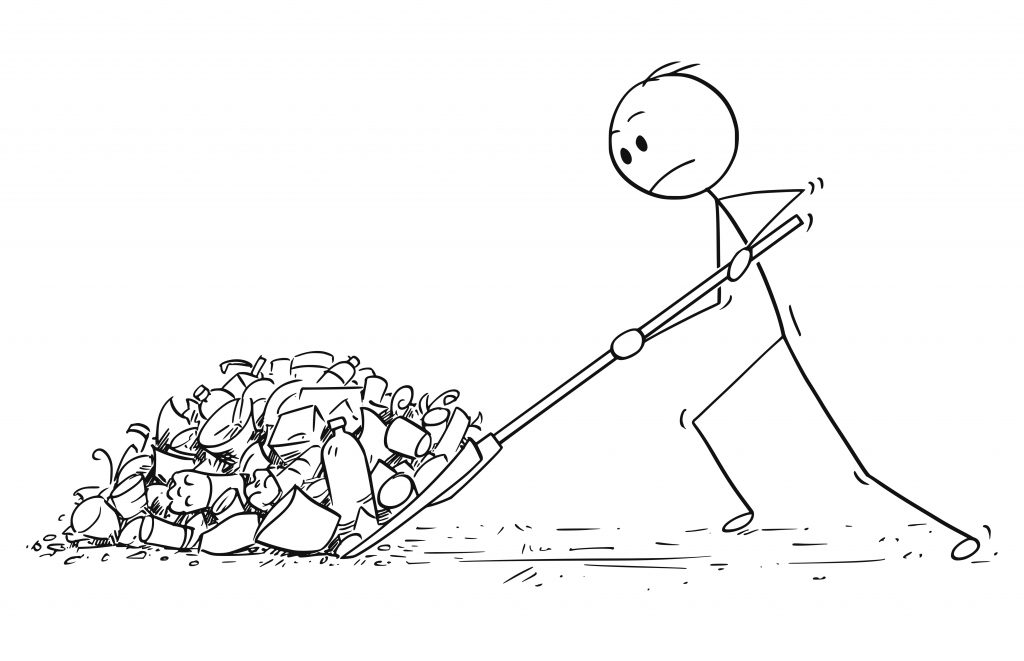 The requirement would only cover bottles included in the California Redemption Value (CRV) system and would assign a single percentage for a company that takes into account usage across the business’s entire portfolio of covered products. The CRV fee is 5 cents or 10 cents (depending on bottle size) paid by consumers but returned to them when they redeem containers.

Companies not in compliance would pay a per-container fine that would increase based on how little recycled plastic the manufacturer is using, compared with how much is required.

The bill passed out of the Assembly’s Natural Resources Committee this month and now goes to the chamber’s Committee on Appropriations. It is similar to a 2018 Senate bill that failed to pass.

A range of interests showed up to the Natural Resources Committee hearing this month and laid out cases for and against recycled content mandates, as well as the aggressive targets and time frame pushed by the legislation.

Rich Costa, director of procurement and sustainability at CarbonLite, a bottle-to-bottle PET recycling operation, supported the mandate. He said his company’s sector faces economic challenges on several fronts. Ensuring an end market for recycled PET (RPET) would go a long way to bolster the industry.

“We need ongoing guarantee from the bottling industry to secure capital investments for future growth expansions within this state,” Costa said, “and without it we could lose the greatest success story we have in California recycling.”

“Unfortunately the cost associated with recycling infrastructure in this state has no bearing on domestic or international virgin pricing, at all,” he added. “It puts our industry in a no-win situation: take orders at a loss and hope virgin resin goes up at some point, or shut down a $100 million plant.”

Mark Murray of Californians Against Waste pointed to California’s history of mandating recycled content in various products, noting the minimum recycled content required in newsprint and glass containers. Particularly in the case of glass, he said, the recycled content mandate spurred an industry that ultimately outpaced the requirements. AB 792 could have a similar effect for the PET reclamation industry, he said.

Niagara Bottling and Nestlé Waters, two of the largest bottling companies in California, both opposed the bill. Representatives from those companies pointed out that they buy substantial amounts of recycled PET in the state, but that they feel the bill is unfeasible in its current form.

The American Beverage Association (ABA) came out opposed to the bill as written, although the group voiced support for using recycled plastic. Fredericka McGee from ABA noted the collection rate is less than 100 percent, hampering complete reutilization of bottle PET from the get-go. Meanwhile, of the collected material, some is contaminated.

“You’re never going to get to a 75 percent or 100 percent rate turning around into another bottle,” she said.

The California Department of Resources Recycling and Recovery (CalRecycle) recently published its 2018 Plastic Beverage Container Virgin and Post-Consumer Resin Reports, which are required by law. The requirement applies to producers of bottles subject to the CRV.

Although the reports are legally required, the law does not specify how each company must quantify its plastic use. Some only reported a percentage of virgin and recycled content, without any weight figures. Some reported numbers without specifying the units. And other companies simply responded with, “I don’t know.”

The following companies reported their recycled plastic usage in weight. Changes from the previous year have been noted for the larger consumers.

Additionally, the following bottlers reported using a percentage of recycled content, although the weight was not listed:

In addition to the above, bottlers Reeds and Aldi reported using recycled plastic but didn’t indicate whether their numbers were pounds, kilograms or other units of measure.

The largest plastic user overall in 2018 was Kroger, which consumed 103.3 million pounds of virgin plastic. The company did not report use any recycled resin.