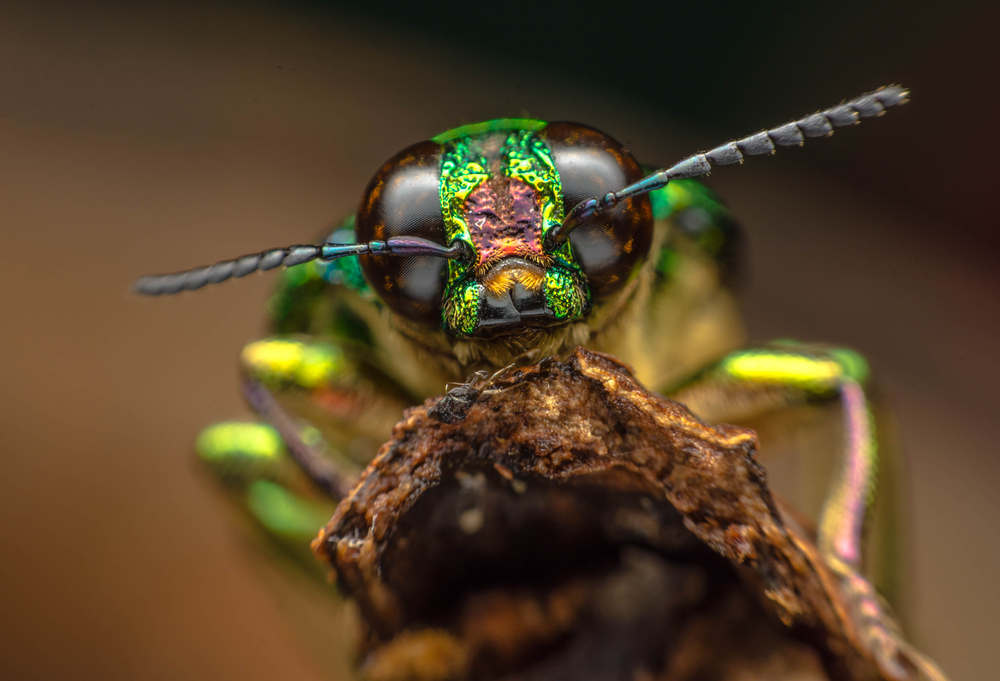 Humanity must save insects to save ourselves, leading scientist warns

Insects are ‘the glue in nature’, says Anne Sverdrup-Thygeson, underpinning the food and water we rely on

Humanity must save insects, if not for their sake, then for ourselves, a leading entomologist has warned.

“Insects are the glue in nature and there is no doubt that both the [numbers] and diversity of insects are declining,” said Prof Anne Sverdrup-Thygeson, at the Norwegian University of Life Sciences. “At some stage the whole fabric unravels and then we will really see the consequences.”

On Monday, the largest ever assessment of the health of nature was published and warned starkly that the annihilation of wildlife is eroding the foundations of human civilisation. The IPBES report said: “Insect abundance has declined very rapidly in some places … but the global extent of such declines is not known.” It said the available evidence supports a “tentative” estimate that 10% of the 5.5m species of insect thought to exist are threatened with extinction.

The food and water humanity relies upon are underpinned by insects but Sverdrup-Thygeson’s new book, Extraordinary Insects, spends many of its pages on how wonderful and weird insects are. “The first stage is to get people to appreciate these little creatures,” said Sverdrup-Thygeson.

Many appear to defy the normal rules of life. Some fruit flies can be beheaded and live normally for several days more, thanks to mini-brains in each joint. Then there are the carpet beetles that can effectively reverse time, by reverting to younger stages of development when food is scarce.

Others are bizarrely constructed. Some butterflies have ears in their mouths, one has an eye on its penis, while houseflies taste with their feet. Insect reproduction is also exotic. The southern green shield bug can maintain sex for 10 days, while another type of fruit fly produces sperm that are 20 times longer than its own body.

Some aphids, which can reproduce without sex, produce babies that already themselves contain babies, effectively giving birth to their children and grandchildren simultaneously. There are also a lot of insects – more than a billion, billion individuals alive today. “If you shared them out, there would be 200m insects for each human,” said Sverdrup-Thygeson.

But for all their abundance, insects are in trouble. “Global data suggests that while we humans have doubled our population in the past 40 years, the number of insects has been reduced by almost half – these are dramatic figures,” she said.

Some researchers warned in February that falling insect populations threaten a “catastrophic collapse of nature’s ecosystems”, while recent studies from Germany and Puerto Rico have revealed plunging numbers over the last 25 to 35 years.

“There are lots of details to fill in, but I have read pretty much every study in English and I haven’t seen a single one where entomologists don’t believe the main message that a lot of insect species are definitely declining,” said Sverdrup-Thygeson. The destruction of natural environments to create farmland is the key cause, she said. “When you throw all the pesticides and climate change on top of that, it is not very cool to be an insect today.

“I can understand people might not be interested in saving insects for insects’ sake. But people should realise this will come back on ourselves. We should save insects, if not for their sake, then for our own sake, because it will make it even more difficult than today to get enough food for the human population of the planet, to get good health and freshwater for everybody. That should be a huge motivation for doing something while we still have time.

Sverdrup-Thygeson said insects play a critical role in the complex natural world that sustains all life on Earth. Best known is the pollination that fertilises most of the world’s crops and wildflowers, including the tiny midge essential to cacao. “Without them, there would be much less chocolate for sure and maybe none,” she said.

She pointed out that ants also play a little-known role in seed dispersal for 11,000 species of plants. Some, like the wood anemone, attach a “goody bag” of food to each seed, and the ants carry both back to their hungry larvae in their underground nests.

The waste disposal service provided by insects is also vital, decomposing wood, plants and animals into nutrients for new life. In Australia, the lack of native dung beetles able to deal with the prodigious output from imported European cattle led to vast swathes of pasture being rendered useless in the 1960s.

Another critical service provided by insects is as food for many other creatures, from birds to reptiles and amphibians and mammals. The weight of insects eaten by birds alone is about the same weight of all 7 billion people on the planet, said Sverdrup-Thygeson. However, falling insect populations have contributed to the loss of 421m birds in Europe in the last three decades.

Sverdrup-Thygeson said rarer species are being lost first but the potential knock-on effects of their demise are mostly unknown. She likened the complex systems of nature to a hammock upon which humanity is resting: “You can pull out some threads but at some stage the whole fabric unravels and then we will really see the consequences. Then it will not be fun to be a human on this planet either.”