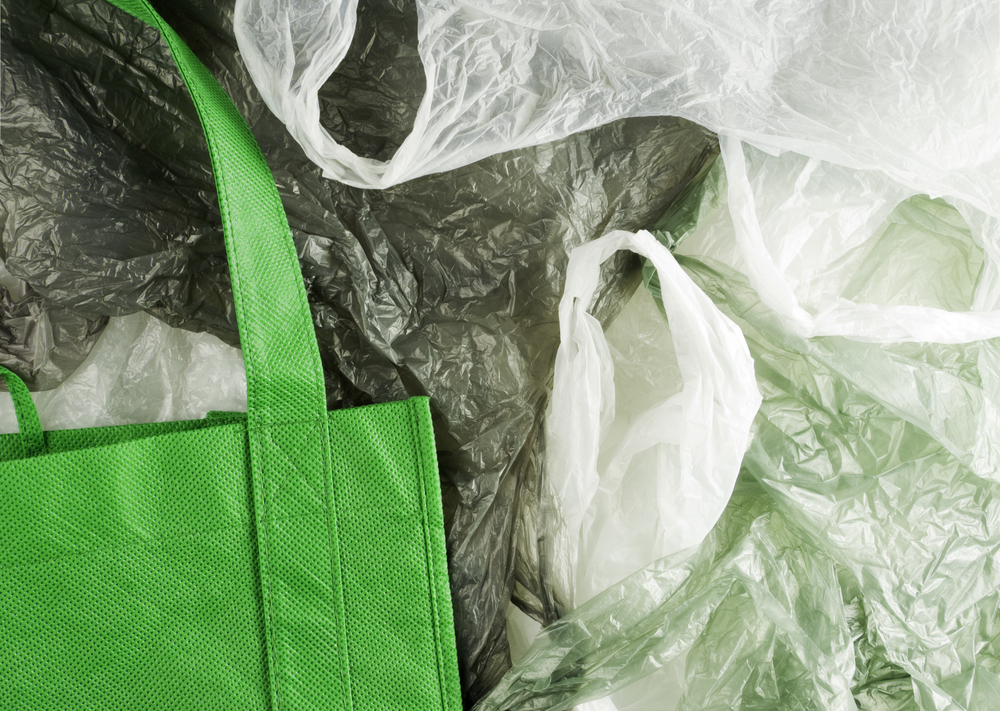 Are Plastic, Paper Or Reusable Bags Better For The Environment?

If you bring a tote bag to the grocery store, you’re not necessarily saving the planet.

When you visit the supermarket, is it better for the planet to carry home your groceries in a paper, plastic or reusable tote bag? The answer is more complicated than you might think.

Plastic bags are cheap and convenient, but they’re a scourge on the planet. And it turns out that certain kinds of reusable bags have a massive environmental footprint, too. Paper is not a great choice either, especially if you’re going to throw it out after a single use.

So which choice is the least bad? Well, it depends whom you ask.

In April, Quartz published an article titled “Your cotton tote is pretty much the worst replacement for a plastic bag.” The story was based on a 2018 life cycle assessment of grocery bags from the Danish Environmental Protection Agency, which found that single-use plastic was less detrimental than cotton totes or even paper bags when it comes to how their manufacturing affects climate change, ozone depletion, water use, air pollution and toxicity for humans.

“Cotton bags must be reused thousands of times before they meet the environmental performance of plastic bags — and, the Denmark researchers write, organic cotton is worse than conventional cotton when it comes to overall environmental impact,” according to Quartz.

However, the Danish report did not factor in the harm that plastic does to the natural world after it’s thrown away.

Plastic bags are recyclable, but they require special equipment for processing and cannot be mixed in with general recycling. People have to return them at designated collection centers ― many grocery stores offer this service. But just 1% of plastic bags are turned in for recycling, according to Waste Management, one of the largest garbage collection companies in the United States. Most of the 100 billion bags used per year in this country go to landfills, where they’ll linger for centuries or longer.

Plastic bags are also a major source of both street and marine litter, said Eric Goldstein, senior attorney for the Natural Resources Defense Council. “They frequently litter our sidewalks, they’re hanging from tree branches, they clog storm drains and they make their way into surrounding waterways, where they ultimately break down into small pieces of microplastic that pose a variety of problems for fish, birds and other marine life,” Goldstein told HuffPost.

Plastic bags kill 100,000 marine animals every year, Waste Management says. Earlier this year, a dead whale with 88 pounds of plastic garbage in its stomach washed ashore in the Philippines, and plastic shopping bags were among the items retrieved from the animal’s stomach.

Concern over ocean health has been a driving force behind the explosion in anti-plastic legislation across the U.S. So far, New York and California have enacted official statewide bans on bags, Hawaii has a de facto ban in place, and dozens of cities have introduced or passed local bans of their own.

But experts worry that confusion over reusable bags’ environmental impact will confuse consumers. Anne Aittomaki, the director of systematic change for the organization Plastic Change, says it’s “highly unfortunate” that the assessment from Denmark’s EPA has become a reference point in the plastic bag discussion, as there are many other flawed analyses within it.

“The overall conclusions drawn from the report are misleading because they are based on just one of the 14 environmental factors that the [life cycle assessment] was focusing on,” she told HuffPost.

If all we do is switch from plastic to paper, we’re solving one set of environmental problems and adding others.Eric Goldstein, senior attorney for the Natural Resources Defense Council

Because the matter is so complex, the consumer must ultimately decide which factors are most important to them. If you’re concerned about money, plastic bags are generally cheaper for consumers than reusable totes. But if you’re more worried about the long-term health of ocean life, reusable bags seem like the better option, said Dune Ives, the executive director of Lonely Whale.

“We have to have a healthy marine system for our survival, which means, in turn, we can’t have plastic go into the ocean,” Ives told HuffPost. “A reusable tote hasn’t found its way in the belly of a whale, at least as [far as] I have seen.”

So what about paper bags?

They may be biodegradable and more easily recyclable than cloth and plastic bags, but, according to Goldstein, they’re no panacea.

“If all we do is switch from plastic to paper, we’re solving one set of environmental problems and adding others,” he said.

The harvesting, production and manufacturing of paper bags all take a toll on the environment.

“Large amounts of water pollution and air pollution are produced in the manufacturing and transportation of paper,” said Goldstein. “It’s an energy-intensive process to take a piece of lumber and turn it into a smooth, flat, printable piece of paper.”

The process often involves transportation for hundreds of miles — from the forest to the consumer — which has its own set of environmental implications, including air pollution and global warming by way of carbon dioxide emissions.

With these consequences in mind, New York City lawmakers recently passed a five-cent fee on paper bags, hoping to encourage people to bring reusable satchels from home. The move came in April, less than a month after the state legislature banned plastic bags.

This debate over paper, plastic or reusable materials is not just about the type of bag you bring to the grocery store. It highlights a fundamental flaw in our culture of consumption, Ives notes. When most of the items we buy from the store come wrapped in their own plastic casing or film, the entire system is broken. “We really need to rethink how we receive consumables, rather than worry about bags or totes,” Ives said.

Solving the problem of excessive plastic packaging will require a larger effort than local bans on certain types of bags or packages. For one thing, bans can have unintended consequences ― a recent study of California grocery stores found that, in the wake of laws aimed at shopping bags, sales of plastic garbage bags skyrocketed and the use of paper bags spiked, too.

Goldstein said that a meaningful solution will have three parts: “We need the public to be aware of the challenge and to adopt a more sustainable lifestyle. We need government to set clear, sensible rules and adopt safeguards. And we need businesses and corporations to show leadership and an understanding of their responsibilities for resource protection and sustainability.”

A number of corporations are already addressing the issue of excessive packaging and making commitments to end the use of materials known to be harmful to the planet.

Trader Joe’s recently announced its plan to phase out single-use plastics, and in 2018, McDonald’s became the first restaurant to set an approved, science-based target for reducing greenhouse gas emissions. There are also new innovations like Loop, a service that offers mainstream products ― like ice cream, mouthwash and tissues ― in reusable, returnable tins that can be cleaned and refilled without waste.

For now, no matter what type of bag you choose at the grocery store, the best practice is to use it multiple times, rather than throwing it away after a single use.