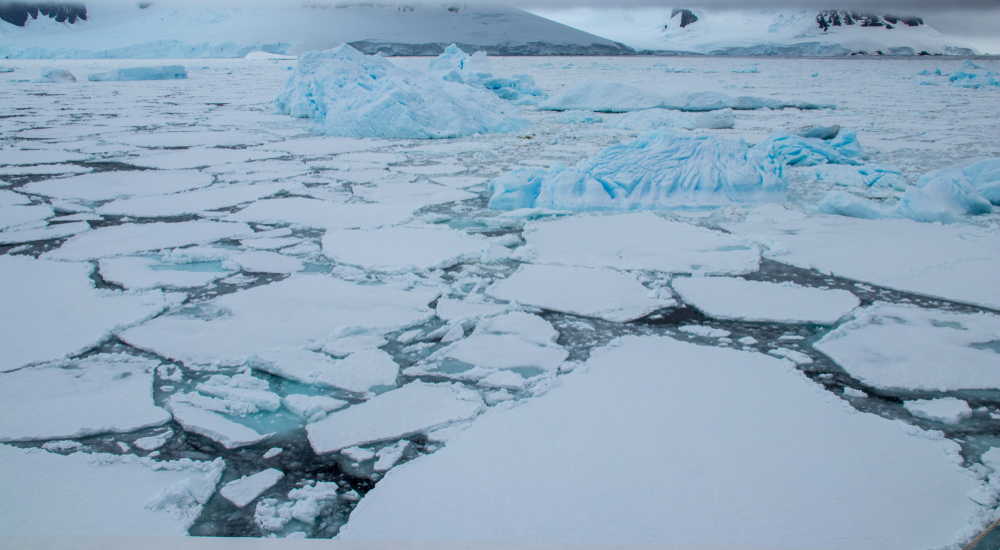 New research shows affected areas are losing ice five times faster than in the 1990s, with more than 100m of thickness gone in some places

Ice losses are rapidly spreading deep into the interior of the Antarctic, new analysis of satellite data shows.

The warming of the Southern Ocean is resulting in glaciers sliding into the sea increasingly rapidly, with ice now being lost five times faster than in the 1990s. The West Antarctic ice sheet was stable in 1992 but up to a quarter of its expanse is now thinning. More than 100 metres of ice thickness has been lost in the worst-hit places.

A complete loss of the West Antarctic ice sheet would drive global sea levels up by about five metres, drowning coastal cities around the world. The current losses are doubling every decade, the scientists said, and sea level rise are now running at the extreme end of projections made just a few years ago.

“From a standing start in the 1990s, thinning has spread inland progressively over the past 25 years – that is rapid in glaciological terms,” said Prof Andy Shepherd, of Leeds University in the UK, who led the study. “The speed of drawing down ice from an ice sheet used to be spoken of in geological timescales, but that has now been replaced by people’s lifetimes.”

He said the thinning of some ice streams had extended 300 miles inland along their 600-mile length. “More than 50% of the Pine Island and Thwaites glacier basins have been affected by thinning in the past 25 years. We are past halfway and that is a worry.”

Researchers already knew that ice was being lost from West Antarctica, but the new work pinpoints where it is happening and how rapidly. This will enable more accurate projections to be made of sea level rises and may aid preparations for these rises.

In the recent past, snow falling on to Antarctica’s glaciers balanced the ice lost as icebergs calved off into the ocean. But now the glaciers are flowing faster than snow can replenish them.

“Along a 3,000km [1,850-mile] stretch of West Antarctica, the water in front of the glaciers is too hot,” he said. This causes melting of the underside of the glaciers where they grind against the seabed. The melting lessens the friction and allows the glaciers then to slide more quickly into the ocean and therefore become thinner.

“In parts of Antarctica, the ice sheet has thinned by extraordinary amounts,” Shepherd said.

Separate research published in January found that ice loss from the entire Antarctic continent had increased six-fold since the 1980s, with the biggest losses in the west. The new study indicates West Antarctica has caused 5mm of sea level rise since 1992, consistent with the January study’s findings.

The expansion of the oceans as they warm and the vast melting in Greenland are the main current causes of the rising oceans, but Antarctica is the biggest store of ice. The East Antarctic ice sheet contains enough ice to raise sea levels by about 60 metres. It had been considered stable, but research in December found even this stronghold was showing signs of melting.

Without rapid cuts in the carbon emissions driving global warming, the melting and rising sea level will continue for thousands of years.

“Before we had useful satellite measurements from space, most glaciologists thought the polar ice sheets were pretty isolated from climate change and didn’t change rapidly at all,” Shepherd said. “Now we know that is not true.”