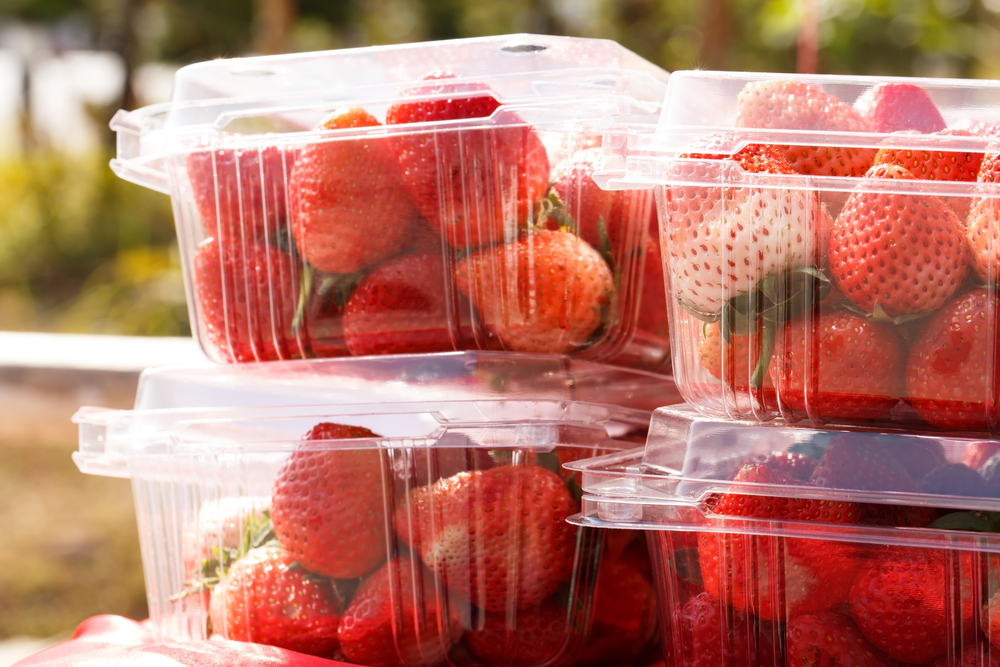 How Food Packaging Could be Affecting Your Health

The internet cheered in December when Trader Joe’s announced it would take meaningful steps towards making its packaging more sustainable. The supermarket chain outlined a plan that included reducing and eliminating excess waste, using materials that could realistically be recycled and avoiding harmful substances. It’s the last part that medical and environmental activists are keeping an eye on.

We’re just beginning to understand some of the short- and long-term risks associated with the chemicals in packaging: obesity, cancer, cardiovascular disease and other health issues. Some consumer advocates say phasing out some of the riskier substances that come into contact with our food is long overdue.

“Avoiding the use of these chemicals of concern in packaging is a great step forward,” said Leonardo Trasande, pediatrician and author of Sicker, Fatter, Poorer: The Urgent Threat of Hormone-Disrupting Chemicals to Our Health and Our Future and What We Can Do About It. “The question is: what replaces these materials?”

Before Trader Joe’s fulfills its commitment, and other food companies follow suit, consumers can be vigilant. We asked Trasande to outline the types of food packaging consumers might want to avoid, along with possible alternatives.

Takeaway containers – even paper ones

Convenient food delivery apps, such as Seamless and Postmates, have made it easier than ever before to order food to the couch. It’s so convenient that 26% of Americans eat takeout at least once a week. But when hot products are placed in containers, chemicals from the box can leach into the food and, in turn, our bodies.

There are the more obvious culprits: for example, polystyrene, commonly called Styrofoam, a known carcinogen that’s also an environmental nightmare. Cities such as New York, Washington and San Francisco have banned Styrofoam coffee cups, plates, and to-go boxes. Progressive food establishments have traded it and other hazardous packaging for safer, plant-based alternatives.

But many of those seemingly safe containers may have hazardous chemicals lurking inside.

A study released last year by consumer advocacy groups Safer Chemicals, Healthy Families and Toxic-Free Future found that nearly two-thirds of paper takeout containers from the country’s five largest grocery stores contained elevated levels of fluorine, which meant that they were probably treated with PFAS, a group of industrial chemicals no longer manufactured in the US. The same was true for 11% of bakery and deli papers tested. PFAS has been shown to cause reproductive, developmental, liver, kidney and immunological problems in laboratory animals. It may also be associated with low birth rate and thyroid disruption, according to the Environmental Protection Agency.

What you should buy instead The safest containers are brown or white paper boxes composed of 100% recycled paperboard, which have a seal to indicate they are compostable.

What do beer, corn and pasta sauce have in common? The ubiquitous aluminum can, often lined with bisphenol A (BPA). BPA, a plastic additive, has been deemed safe for food contact by the Food and Drug Administration, despite evidence that it acts as an endocrine disruptor. Companies have voluntarily stopped using BPA in packaging for baby formula and bottles, but it persists in water bottles and food packaging. Endocrine disruptors are linked to breast and prostate cancers, infertility and metabolic disorders, among other health concerns.

“Low doses of these chemicals may be as impactful as high doses of exposure,” Trasande said. “Even the lowest level of exposure can cause serious, permanent and lifelong consequences as a result of these preventable exposures.”

What you should buy instead Trasande recommends avoiding aluminum cans when possible, even if the label claims to be “BPA-free”, since those products can be problematic as well. The only exception are BPA-free products made with oil and resin substitutes, Trasande added. He suggests drinks and food items packaged in glass as well as fruits and vegetables not in a can.

Besides the impact on the environment, plastics are implicated in a host of potential health problems. At the very least, the American Academy of Pediatrics urges consumers to avoid three plastics in particular: those that bear within the recycling symbol the numbers 3, 6 and 7.

No 3 is typically found in takeout containers, among other plastic products, and is made from polyvinyl chloride. The concern is that it could release phthalates, a common class of chemical used to make plastic malleable. They can act as a hormone disruptor and may contribute to childhood obesity, cardiovascular disease and interfere with male genital development.

No 6 is often present in takeout boxes too, and, when heated, could release styrene, linked to depression and fatigue. At high doses, it could also affect kidney function.

Finally, No 7, which is often found in large water bottles, may contain BPA, the endocrine disruptor that’s associated with cancer, metabolic disorders and infertility.

What to buy instead Avoid the most potentially hazardous plastics and plastic-lined takeout boxes. Plastic products labeled with the terms “greenware” or “bio-based” are less harmful, but aren’t completely safe. Even bioplastics, products derived from plants, come with their own environmental concerns. Some of them will still release harmful greenhouse gases when they end up in a landfill and many simply can’t be recycled.

Some consumers might assume fruits and vegetables wrapped in plastic may be cleaner than those that aren’t. But crinkly or clingy packaging might actually introduce chemicals that could infiltrate your food.

Trasande said this type of wrapping probably contains phthalates, one of the most widespread endocrine disruptors. But plastic films are typically unmarked, making it difficult to deduce which types of chemicals are in them.

Buying produce wrapped in plastic “undermines some of the hard-fought changes and benefits we would like to achieve by eating greater amounts of fruits and vegetables”, Trasande said.

What to buy instead Purchase fruits and vegetables that are free of any sort of packaging. Better yet, stock up on produce at a local farmer’s market to reduce your produce’s carbon footprint.

Your standard coffee cup may seem innocuous. But most paper cups are coated with plastic, which keeps them from leaking your latte. That means tea or coffee drinkers are mixing steaming liquids with plastic, which is “probably not the safest thing to do”, said Elizabeth Balkan, director of food waste at the Natural Resources Defense Council, as plastic is more likely to leach when it’s heated.

What you should do instead Protect yourself and the environment by bringing your own tumbler to the coffee shop.

Plenty of plastic storage containers and vessels for frozen foods may claim to be “microwave safe”, but this phrase is misleading. “The reality is, there’s no such thing as microwave safe plastic,” said Trasande. Heating up any plastic in the microwave could lead to chemicals seeping into the food you’re about to eat.

What to do instead This one is simple: avoid putting plastic products in the microwave.