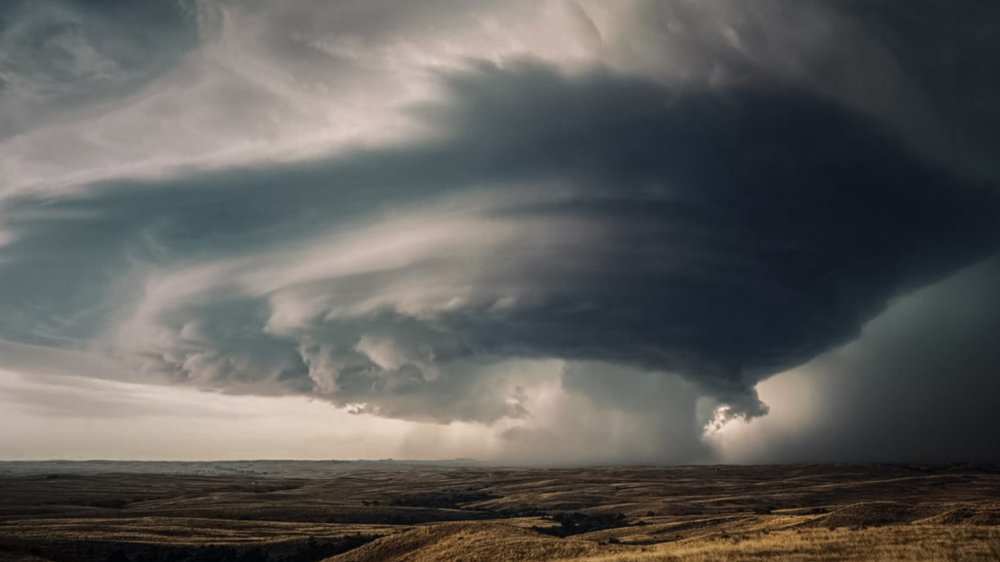 Has climate change had an impact on tornados?

This story was originally published by HuffPost and is shared here as part of the Climate Desk collaboration.

As the seemingly endless barrage of violent tornadoes continued to pummel a large swath of the United States this week, lawmakers and concerned citizens declared on social media that the storms offered a front row seat to the unfolding climate crisis.

During a presidential campaign stop in disaster-stricken Iowa, Sen. Elizabeth Warren (D-Mass.) posted a video in which she says planetary warming is helping drive severe weather events, including tornadoes, and blasts those who deny the reality of climate change for “putting us all at risk.” In a post to Twitter, Sen. Bernie Sanders (I-Vt.), another 2020 contender, slammed the Trump administration for working to undermine climate science as sections of the central United States reel from tornadoes and catastrophic flooding. And when Washington, D.C., was put under a tornado warning May 23, Rep. Alexandria Ocasio-Cortez (D-N.Y.) posted to Instagram: “The climate crisis is real, y’all.”

That’s in part due to a limited amount of historical data. Unlike temperature and hurricane records, which date back more than a century, reliable tornado records go back only a few decades. Twisters are also short-lived, making it difficult to study individual events and detect trends.

Yet, even with these shortfalls, there is evidence that our changing climate may be leaving a mark, causing clusters of tornadoes and a shift in range.

“While there is some debate within the scientific community about the details of how climate change will impact tornadoes, there is increasing evidence that a warming atmosphere—with more moisture and turbulent energy—favors increasingly large outbreaks of tornadoes, like the outbreak we’ve witnessed over the past few days,” Michael Mann, a climate scientist at Pennsylvania State University, said by email.

In other words, planet-warming greenhouse gases could be helping to drive the storms that ultimately set the stage for tornado development.

The 4th National Climate Assessment, a congressionally mandated federal report released late last year, concluded that tornadoes have “become more variable” and are among the extreme weather events that are “exhibiting changes that may be related to climate change, but scientific understanding is not yet detailed enough to confidently project the direction and magnitude of future change.” The report also notes that “there is some indication that, in a warmer world, the number of days with conditions conducive to severe thunderstorm activity is likely to increase.”

This month’s spate of tornadoes—the most active tornado period since 2011, according to The Weather Channel—has been fueled by a long-stalled jet stream air current, which forced a pool of cool air over the Southwest to collide with moist, warm air from the Gulf of Mexico. As of Thursday, the preliminary tornado count for May stood at 442, with the vast majority touching down over the last two weeks. Texas, Kansas, Missouri and Oklahoma were among the states hardest hit, although tornadoes also popped up outside the region typically known as Tornado Alley, in places like New Mexico, northern Minnesota and Maryland.

James Elsner, an atmospheric scientist at Florida State University in Tallahassee, called the two-week run of tornadoes “unusual.” Whereas a typical outbreak might last two or three days, this one just kept spawning twisters. Elsner’s research has shown that, though the annual number of tornadoes has remained steady, the number of tornadoes per outbreak has spiked. Tornado records show that the odds of having 32 tornadoes in a single day doubled from 1950 to 2013, he found.

“We’re not saying climate change is directly causing these outbreaks,” Elsner said. “But I think there is a fingerprint of climate change on what’s happening.”

A more recent study, published in 2016, also documents a shift in concentration. It found that the “frequency of tornado outbreaks (clusters of tornadoes) and the number of extremely powerful tornado events have been increasing over nearly the past half-century” but that it is unclear if this trend is caused by climate change.

Perhaps the most significant change in tornado activity is where they strike. In a paper published in the journal Nature last year, Victor Gensini, a professor of meteorology at Northern Illinois University, showed that Tornado Alley is slow-creeping east, with fewer twisters in the Great Plains and an increasing number in the more densely populated Midwest and Southeast.

“It’s not a big jump to say that climate change is causing this shift east,” Gensini told CBS News at the time. “The hypothesis and computer simulations support what we are observing and what we expect in the future.”

In a series of posts to Twitter this week, Gensini reminded the public that climate change doesn’t cause tornadoes or any other extreme weather event but is one of many variables that can contribute to their occurrence. He compared it to hitting a home run in baseball while on steroids.

“Was that home run due to steroids? Maybe, maybe not.” he wrote. “Hard (impossible?) to tell only examining an at-bat. Much easier to tell when examining seasonal home runs and batting averages.”

Approximately 1,200 tornadoes touch down in the US each year, according to the National Oceanic and Atmospheric Administration. This year is already well ahead of pace, with just over 1,000 tornado reports as of Wednesday. The violent storms over the last two weeks left a trail of splintered homes and other damage across multiple states. There have been at least seven storm-related fatalities, countless injuries and widespread power outages, according to the New York Times. Weather conditions were forecast to improve Thursday.