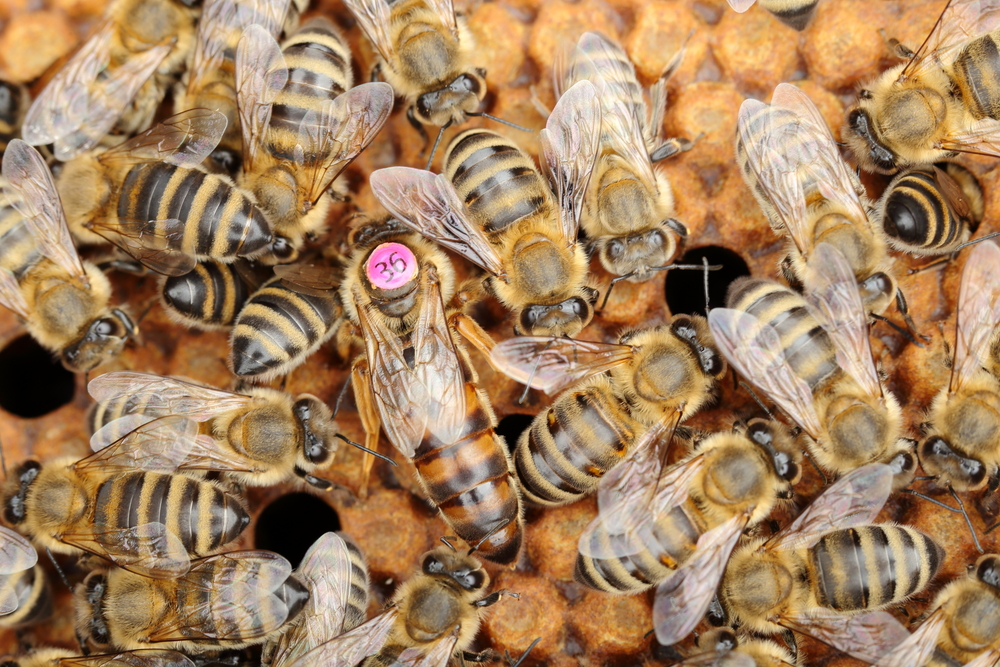 Researchers have found that wild bees in Argentina are building their nests using strange materials. The insects have been building nests made entirely of plastic waste.

Study researcher Mariana Allasino, from the Argentina’s National Agricultural Technology Institute, and colleagues set wild bee “hotels.” These are structures with long and hollow tubes, which bees can fill with any material they like to build nest for their young.

These bees normally create their nests using leaves, mud, stones, tree resin, petals, and whatever they can scavenge

Over the spring and summer of 2017 and 2018, the researchers monitored the nests and found three. Two of these were built with mud and petals, but one was constructed out of plastic.

This particular nest was comprised of three separate cells and was made of thin light blue plastic and a harder white plastic.

Compared with the two nests constructed using natural materials, this plastic nest had a lower success rate in terms of bee survival. Researchers found that one of the cells had a dead larva, and the other was unfinished. The third cell appeared to have housed an adult that has since left the nest.

This was the first time researchers found a bee nest made entirely of plastic materials.

“In a seed-producing farm, a Megachile sp. nest made fully with plastic was found in a trap nest. This record represents the first one worldwide on revealing the use of plastic in the total construction of a bee nest,” Allasino and colleagues wrote in their study.

Plastic Pollution Is Changing The World

The discovery was made amid a global plastic pollution problem, which costs world governments as much as $2.5 trillion per year. Plastic debris have been contaminating the ocean and leave adverse and even deadly effects on marine animals. Humans have also been consuming salt contaminated with microplastic.

The discovery of plastic-made bee nest, which was published in the journal Apidologie on Feb. 21, provides another evidence of how plastic pollution alters our world, particularly the wildlife.