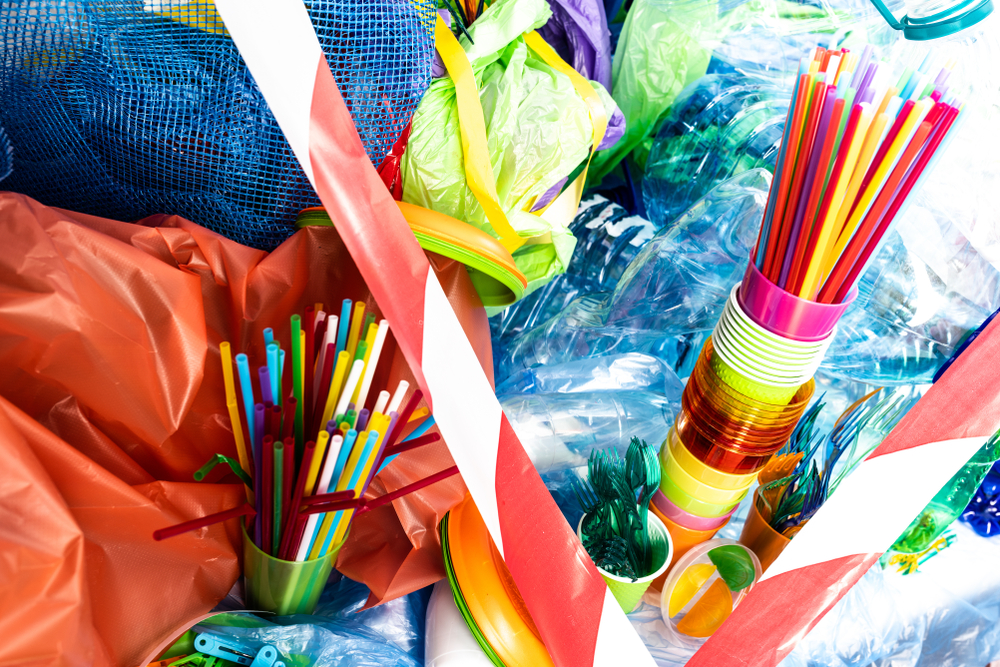 More than 65 per cent of British Columbians actively seek non-plastic packaging, the highest in Canada.

When Elaine Carter and Jim Leedham walk their dogs, they do double-duty picking up the coffee cups, plastic straws and fast-food cutlery by the side of the road.

“It’s ridiculous,” said Carter. “They are filling up garbage receptacles — where available — with all their garbage just to eat on the run.”

She sorts the recyclables and puts them in her blue box while hoping for a solution to the madness.

Almost 94 per cent of Canadians want to reduce the use of single-use plastics in food, but we’re deeply divided on how to do it, according to a new study from Dalhousie University in Halifax.

More than 65 per cent of British Columbians actively seek non-plastic packaging, the highest in Canada.

“B.C. is a distinct society when it comes to the environment,” said lead author Sylvain Charlebois. “There’s a huge aggressive movement against plastics in B.C. that isn’t as strong in the rest of Canada.”

But 90 per cent of us want green alternatives at no extra cost. In fact, 71 per cent want a discount for supporting alternative solutions, according to the poll of more than 1,000 Canadians.

“It’s no surprise that almost everyone agrees that single-use plastics are a problem, but we had to dig down to see what people were willing to do,” he said. “It was really wonky: People are against bans, but favour taxes (on single-use plastics), they like compostable plastics, but don’t want to pay more.”

Plastics are used in food service because they’re sanitary and very inexpensive, he said.

“They keep our food safe, reduce food waste and keep it affordable and the trend is toward more food safety not less,” said Charlebois.

Bringing outside cutlery and dishes into food-service businesses raises the risk of contamination with dangerous pathogens and allergens.

Gourmet fast-food outlet Popina pays a 70-per-cent premium for compostable packaging and utensils over the price of conventional packaging, according to co-owner Chef Robert Belcham.

“We made a specific decision to use all compostable and biodegradable packaging for everything that we can, so as little as possible goes to the landfill,” he said.

Some customers would rather Popina switch to ceramic plates and metal cutlery, but those come with their own food safety and environmental costs in terms of water, energy and detergents, he said.

Nearly 50 per cent of trash collected from public waste bins is takeout containers and disposable cups, according to the City of Vancouver.

The plastics used to make utensils and food containers are recyclable. In theory, at least.

“The problem is that they are almost always dirty, contaminated with food and have to be rinsed or washed before they can be recycled,” said Andrew Marr, director of solid waste planning for Metro Vancouver. “The average person is not going to wash them and put in them in for recycling.”

“Very few if any are recovered,” he said. “If you get fast food or take-away, that packaging is going into the garbage.”

Compostable packaging isn’t the simple solution it appears to be.

So-called compostable utensils and containers create problems for composting facilities when they enter the organic waste stream because they only break down under very specific conditions and temperatures, he said.

“You can make biodegradable food containers and utensils and you can get it certified as compostable and you’d think that sending it to a composting facility would be just fine,” said Marr. “Not really.”

Unfortunately, there are several different types of compostable plastic and each has specific conditions to break down so they can’t be processed together. The utensils can easily survive the entire composting process if they are mixed in with food waste.

Compostable plastics will also persist in the environment for years without breaking down, he said.

Nonetheless, Vancouver is working on bylaw amendments to prohibit the use of foam cups and takeout containers, along with single-use plastic straws and utensils, and force businesses to withhold single-use utensils unless customers specifically ask for them.

The city also has a goal to require compostable packaging to be certified as compatible with local composting facilities, but keeping all the different compostable plastics separate for processing will likely prove challenging.

“It’s only single-use if you throw it out, said Maria Kojic in an online discussion. “I have a bunch of plastic cutlery from over the years that we have gotten from various places that I wash over-and-over.”

Other people said they carry their own chopsticks, bamboo utensils along with cups and metal straws. Many others called for an outright ban on single-use plastics, noting that the European Parliament has already voted to eliminate them by 2021.