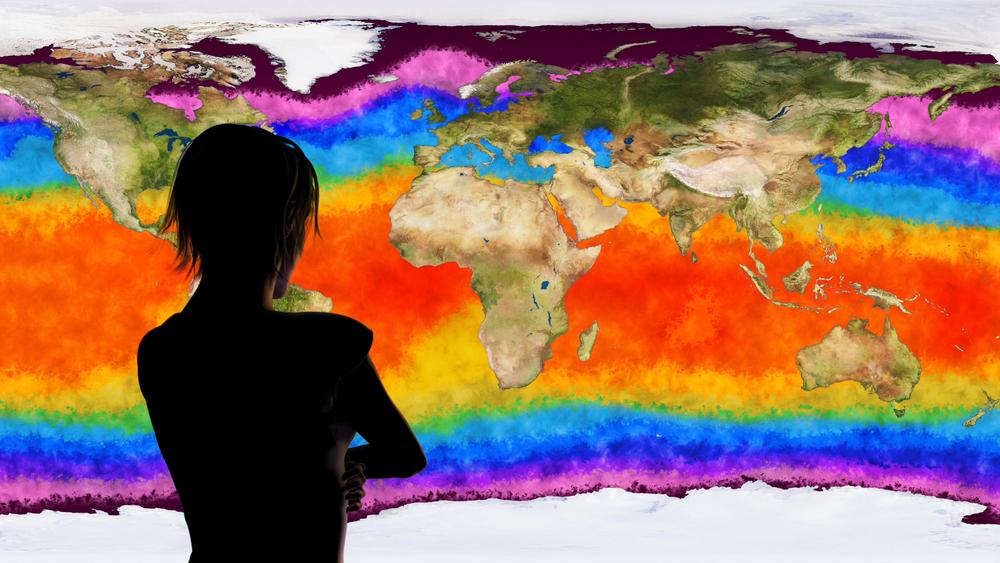 Can climate change be the enemy that unites us?

Bill Nye, The Science Guy, as he’s known from his popular children’s TV show in the 1990s, has gone right over the top in his warnings about climate change over the past month.

First it was a little video segment on Last Week Tonight with John Oliver, in which Nye explained the urgency of climate change by setting fire to a globe with a blowtorch and dropping the f-bomb — “the planet is on f—ing fire!”

Then this week, in an interview on MSNBC, Nye presented the climate crisis as equivalent to the Second World War, suggesting that people and nations had to come together as they did on D-Day to vanquish the Nazi threat.

“Tomorrow is the anniversary of D-Day — and of course there was tremendous loss and tremendous sacrifice,” Nye told MSNBC’s Chris Matthews, “but it was part of this greater idea that we have a global problem and we’re going to solve it.”

As it happens, Nye is not the first or the only person floating the idea of tackling climate change as a world war. The Portland Press Herald in Maine wrote an editorial on those same lines this week, also invoking D-Day inspiration. Here in Canada, Elizabeth May and the Green party have put this comparison at the heart of the plan recently unveiled as “Mission Possible.”

One of the more intriguing components of the plan is to form a “survival cabinet” made up of members from all parties, a suggestion inspired by the wartime cabinets of Winston Churchill and William Lyon Mackenzie King.

May has been making the link between climate change and war for some time now, going back at least to last fall, when she spoke in the House during the emergency debate on the findings of the International Panel on Climate Change — that’s the panel that warned the world it just had 12 years to get its act together to avoid global catastrophe. Its subtitle could well have been: “The Planet is on F—ing Fire.”

It was Dunkirk, not D-Day, that May was talking about during that speech. She said she had been thinking about that mass evacuation of more than 300,000 trapped soldiers during the Second World War — an audacious act of leadership by Churchill that called upon civilians to help rescue troops trapped by the German forces at Dunkirk.

“Churchill of course, surrounded by naysayers, thought up a miracle, one that is clearly undoable. He asked, ‘How many civilian boats are there in Dover? We could get those civilians to cross the English channel and rescue over 300,000 men.’ Really? It was hardly plausible,” May said. “In this time and age we need to face the facts just as squarely. We need to tell Canadians that we have hope, to not despair or think it is too late.”

All of the 75th anniversary ceremonies for D-Day this week may well have got us thinking about the old 20th-century callings of duty and sacrifice — it did for me, anyway — and what it would take to muster that kind of collective action from citizens again in this century. It does seem like a long time since any politician asked the old John F. Kennedy question about what people can do for their country.

The current carbon-tax debate, from that D-Day perspective, looks kind of small. No one is asking citizens to cross the English Channel and brave enemy fire or ration their groceries to help the country stave off an existential threat. Churchill wasn’t promising people rebates on their contribution to the war either, or slapping stickers on gas pumps.

“Look, I mean, I am very supportive of more ambition on climate change. I hear good ideas every single day. I mean I think the idea that you need to link climate action with people and making sure that you are focused on how do you improve lives is critical,” McKenna told Ballingall. But the minister also said that any ambition has to be tempered with, yes, affordability. “People want action on climate change but they want life to be affordable and at the same time creating good jobs.”

So, not exactly Dunkirk or D-Day, at least not yet. Bill Nye may need a bigger blowtorch.