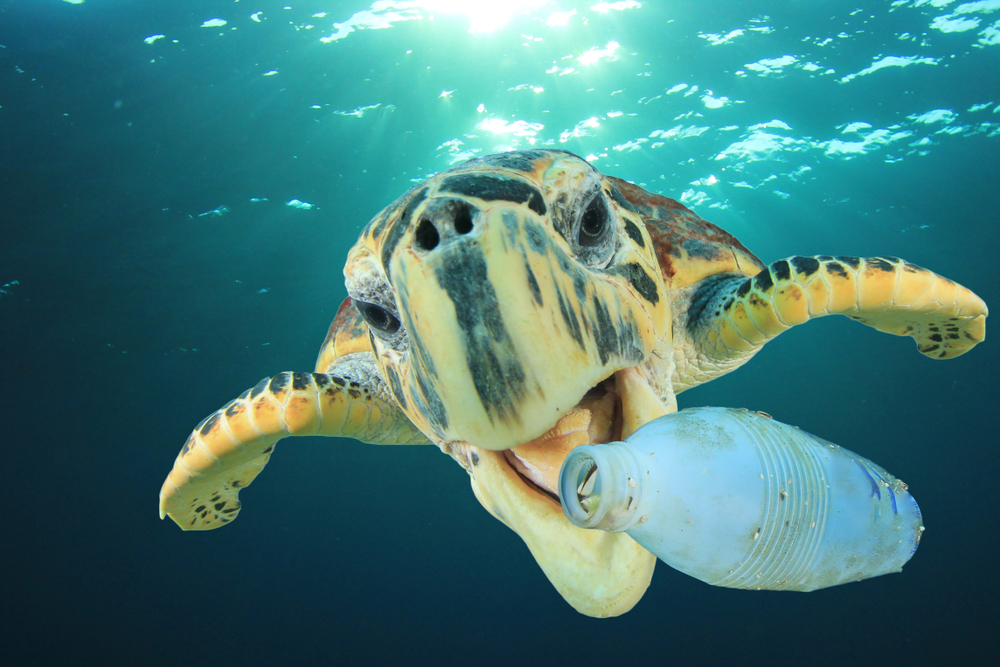 World Ocean Day 2019: Ocean plastics problem isn’t going away, but here’s what you can do to help

The consequences from the mass production, consumption and discarding of plastics continue to get worse and worse, and the health of the environment – especially the world’s oceans – is deteriorating because of it.

The problem with plastics is relatively new but serious, John Hocevar, marine biologist and oceans campaign director for Greenpeace USA, told ABC News. The mass production of plastic emerged in the 1950s and has continued to expand exponentially ever since, and almost all of the plastic that has ever been made “is still with us here today,” Hocevar said. The materials never completely disintegrate, but rather break down into microplastics, particles less than 5 millimeters in diameter, that continue to be distributed throughout the earth.

More than 8.3 million metric tons of plastic has been produced globally in the last 70 years, Dianna Cohen, CEO of the Plastic Pollution Coalition, told ABC News.

“There’s so much plastic in the environment at this point, it’s in the water we drink, much of the food we eat and even the air we breathe,” Hocevar said.

Majority of plastic flows into ocean through rivers

It has been discovered that the majority of the plastic ends up in the ocean through rivers, especially seven rivers in Asia, Bonnie Monteleone, oceans plastic researcher at the University of North Carolina at Wilmington and executive director of the Plastic Ocean Project, told ABC News.

“Unfortunately, the message to the rest of the world is Asia is the one that’s causing the problem,” she said.

However, plastic will essentially find its way to the ocean no matter where someone lives, according to the experts.

“So even if you live on a mountain, if there’s debris on the ground, there’s a high probability that if it’s not picked up by wind, rain water is gonna wash it down storm drains,” Monteleone said.

Where Hocevar lives in Washington, D.C., plastic packaging can wash down into sewer drains that flow into the Anacostia River, he said. From there, the plastic then flows into the Potomac River, into the Chesapeake Bay and then into the Atlantic Ocean, he said.

It is extremely difficult to clear plastic from open ocean water

There are currently 5 trillion pieces of plastic waste in the world’s oceans, according to The Ocean Cleanup, a project dedicated to ridding the ocean of waste.

The reason why it is so difficult to clean the existing plastic from the ocean is because of the sheer amount of trash that currently exists, Hocevar said. There is no approach yet designed that can filter plastic out of that volume of water, especially microplastics, Hocevar said.

To make matters more challenging, not all plastic is floating on the surface of the water. Plastic has been found in the furthest reaches of the ocean, from the deepest waters of the Mariana Trench, to the Arctic and Antarctic, Hocevar said.

Research conducted on the Great Pacific Garbage Patch, the massive floating island of plastic between California and Hawaii, has found numbers of microplastics seven times as high as what scientists have found off big cities like Los Angeles, Miami and New York, Hocevar said.

Some successful cleanup efforts have focused on river mouths to try and capture as much plastic as possible before it flows out into the open ocean, Hocevar said.

This allows the cleanup to occur before the trash hits the most concentrated point of marine life, which is along shallow waters on coastal shelves, Mallos said.

More than 800 species of marine animals are affected by plastics, and the entire marine ecosystem is now contaminated, Nick Mallos, the director of the Ocean Conservancy’s Trash Free Seas program, told ABC News.

Plastic has been a “huge” problem for sea turtles and whales, which are washing up dead with stomachs and throats clogged with plastic, Hocevar said.

The animals often die “slow, painful deaths,” often of starvation, because their stomachs are full of plastic that never digests.

The marine life is getting trapped in plastic debris as well, Monteleone said.

Experts focusing on prevention to keep problem from getting worse

The best solution to keeping plastic from ending up in the ocean is to not make so much of it, Hocevar said, adding that the “game changer” will be when politicians and corporate executives work together with environmental advocates to enact policies for a healthier planet.

“The good news is that everyone understands that we have a problem and that we can’t keep on going the way we have been,” Hocevar said. “It makes sense to people that we can’t keep making things we use once and throw away out of materials that basically last forever.”

However, that will require a complete shift in both industry and individual practices, according to the experts.

Mallos emphasized that corporations will need to “radically” redesign plastic packaging and products, and that the infrastructure for collecting and processing recyclable plastics will need to drastically improve.

This will involve governments enacting legislation on plastics, similar to the ban states like California, Hawaii and New York have placed on plastic bags, Mallos said.

“So, we may not be able to remove all the plastic that we’ve already put into the environment, but we can keep this from getting much worse,” Hocevar said.

How individuals can help stop plastic from entering ocean

Rethinking the way you use, reuse and discard plastic will make a seismic difference in the amount of plastic that ends up in the oceans, according to the experts.

This will involve people saying no to plastic bags and plastic straws, as well as increasingly utilizing reusable and refillable items instead of single-use throwaway packaging, Hocevar said.

“The ultimate way is to reduce our use of single-use plastic,” Monteleone said.

Mallos recommended small changes such as carrying a water bottle at all times, bringing a reusable bag to the grocery store and skipping straws.

No matter how insignificant it seems, the world could see “very real impacts for the health of the ocean and the broader health of planet,” Mallos said.

Monteleone described an initiative in which the Plastic Ocean Project encouraged local restaurants to only hand out straws on request. The restaurants that participated found they would use the same amount of boxes in a month that they otherwise would have used in a day, and in turn, they saved money, she said.

“The straw is low-hanging fruit,” she said, adding that it’s one of the “easiest” items to shift from.

Opting out of receiving plastic utensils when ordering takeout to your home is another small effort that makes a big difference over time, she said.

In addition, beach cleanups are more effective than people may think, Monteleone said. Often, people will question why they should volunteer to clean a beach when trash will inevitably end up there again, but it’s one of the best ways to reduce the amount of waste going into the ocean, she said.

“What we really need to do is to prevent more trash from entering our oceans,” said Nancy Wallace, director of the National Oceanic and Atmospheric Administration’s Marine Debris Program. “That’s something we all can really make a difference on.”

And if participating in an organized beach cleanup isn’t possible, Mallos recommended even just taking a bag while walking the dog and picking up whatever you find.