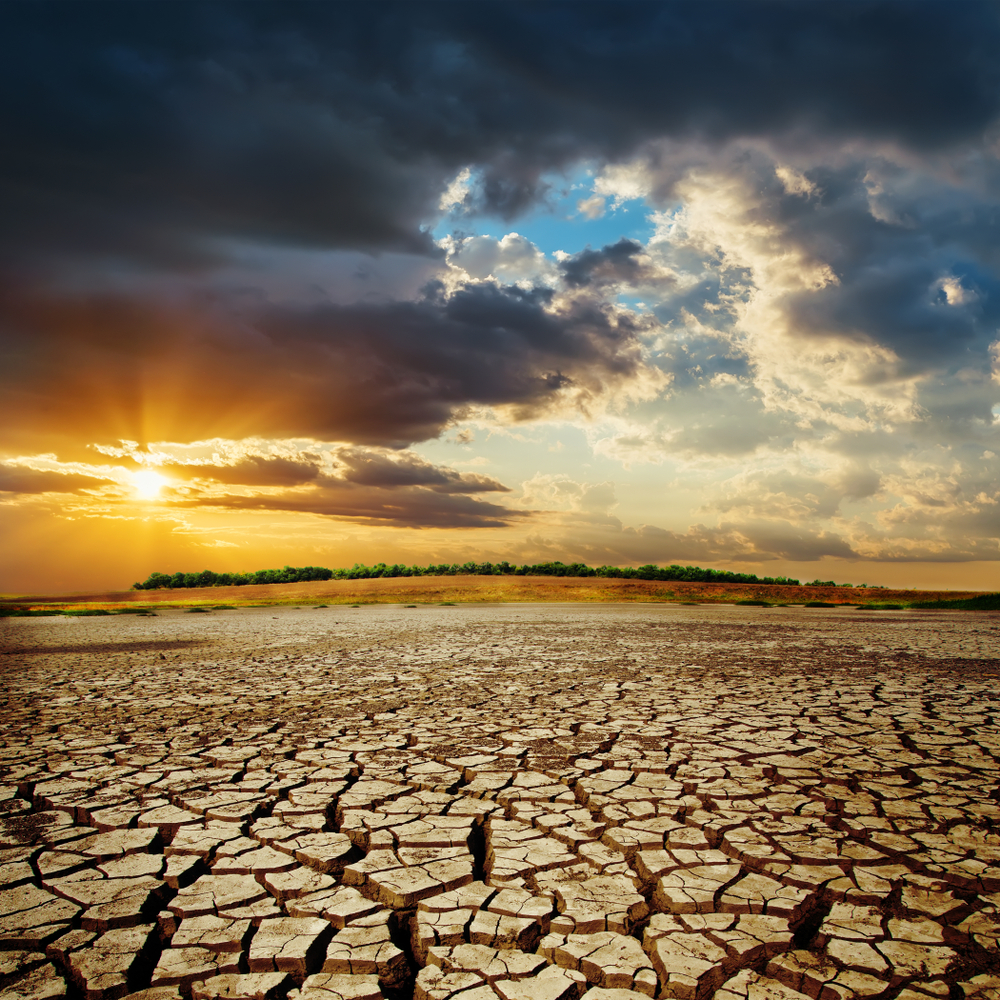 Past climate change: A warning for the future?

A new study of climate changes and their effects on past societies offers a sobering glimpse of social upheavals that might happen in the future.

The prehistoric groups studied lived in the Amazon Basin of South America hundreds of years ago, before European contact, but the disruptions that occurred may carry lessons for our time, says study coauthor Mitchell J. Power, curator of the Garrett Herbarium at the Natural History Museum of Utah, University of Utah.

The paper, “Climate change and cultural resilience in late pre-Columbian Amazonia,”published on the Nature Ecology & Evolutionwebsite June 17, traces impacts in the Amazon before 1492. Climatic conditions in the Amazon Basin underwent natural shifts during periods when much of the rest of the Earth also was impacted. These times are known as the Medieval Climate Anomaly, from about AD 900 to 1250, and the Little Ice Age, 1450-1850. In Amazonia, rainfall amounts and patterns changed, affecting agriculture and subsistence patterns.

Presently, climate change is affecting most parts of the world; but the difference now is that it’s human-caused.

One of the biggest problems in the future may be that climate extremes will harm many countries, and that their “climate refugees” will be pushed from ancestral homes into more temperate and developed places not as badly affected by climate change. The migrations could cause great stresses in the host countries, Power said.

The surprising results of the study show that these types of crises occurred during and after the first millennium in the Amazon Basin.

“Were we getting a window into that in prehistoric Amazonia? I think so,” said Power, who is also an associate professor of geography at the University of Utah. “So it’s kind of a one-two punch: if the climate doesn’t get you, it might be the thousands of bodies that show up that you have to feed because extreme drought forced them out of their homelands.”

Climate was a dominant factor in the social and cultural changes in ancient Amazonia, he emphasized, but the study also shows “more nuanced” effects because of subsistence and cultural practices as well as population movements. In particular, those cultural groups that subsisted with diverse food resources or polycultures and agroforestry, avoided political hierarchies with an elite ruling class, and adopted a strategy of creating organic and charcoal-rich soil, called “Amazonian Dark Earth”, were most resilient to extreme climate variations.

The scientists searched for indications of prehistoric climate and culture in six regions throughout the enormous Amazon Basin during the last few thousand years: the Guianas Coast, Lianos de Moxos, and the Eastern, Central, Southwestern and Southern Amazon. Up to 8-10 million people were estimated to have lived in the Greater Amazon region before European contact.

Researchers synthesized paleoecological, archaeological and paleoclimate studies by combining evidence of changes in natural vegetation and cultigens, changes in precipitation and disturbance regimes as well as changes in cultural practices and population movements.

Rainfall estimates were derived by measuring the percent of titanium in sediments deposited by runoff, as well as oxygen isotopes in cave speleothem records from across Amazonia. Botanical remains, including phytoliths (microscopic silica formations in plant tissue that are long-lasting in the soil), pollen- and other plant fossil-based evidence of cultigens, including maize, manioc, squash, peanuts and cotton was used to reconstruct subsistence strategies through time.

Another indicator of agricultural practices by some cultures was the presence or lack of Amazonian Dark Earth (ADE) produced by the accumulation of organic materials, including charcoal, into soils through time, which provides a long-term investment in soil fertility, further buffering against extreme changes in climate.

Archaeological remains that indicated social structure and presence and absence of political hierarchies were items such as pottery, elaborate architecture and earthworks, including mounds, raised fields, elite burials, canal systems as well as evidence of fortifications and defensive structures. Whether regions were burned to support agricultural production was another consideration.

Because living plants take up an isotope of carbon called C-14 that dissipates at a known rate after death, researchers compiled hundreds of radiocarbon dates from occupation sites across the Amazon basin. This helped establish the chronology of cultural change and demonstrate how people responded to pressure from climate change and migration.

Paleoecological data was synthesized from a network of sediment cores across Amazonia, from lakes, bogs and wetlands microfossil plant remains, including phytolith, pollen and charcoal records provide information about which types of plants occurred at each site and whether fire was a key process.

A tool that was important to the study is the Global Charcoal Database, which is used to explore linkages among past fire histories, climate change and the role of humans around the globe. Power helped develop the database while a post-doctoral student at the University of Edinburgh, Scotland and is part of an international team, the Global Paleofire Working Group, that continues to contribute to many interdisciplinary studies such as this one.

After synthesizing paleo data with archaeological information on cultures and agricultural practices, the team discovered that at least two different social system trajectories were in place, and that often they had different outcomes, based on flexibility.

“The flexibility, or lack thereof, of these systems explains the decline of some Amazonian societies and not others …” the report says. Societies that collapsed were at the end of periods of growth, accumulation, restructuring and renewal. “Those societies had accumulated rigidities, and were less able to absorb unforeseen disturbances resulting in dramatic transformation.”

Complex societies with social hierarchies and extensive earthworks, including raised fields, supported intensive agriculture of a limited number of crops, but eventually soil leaching and other factors left the villages vulnerable. Such settlements sometimes were able to make short-term improvements; but then, as crises grew, such as a multi-decadal drought, they became in danger of collapse.

However, while some groups underwent major reorganization, the paper says, “others were unaffected and even flourished.”

The report details migrations and conflict that took place potentially in response to extreme changes in climate. It notes that the demise of mound centers in the Guianas coast around the year 1300 CE, for example, could have occurred because of a prolonged drought that the researchers documented – or the expansion of a culture called the Koriabo “could have been responsible for conflicts leading to the … demise, or at least accelerating a process triggered by climate change.”

On the other hand, societies that depended on “polyculture agroforestry,” that is, varying crops including fruit-bearing trees, “in the long term, were more resistant to climate change.” These were the cultures that also tended to produced ADEs.

Still under debate is whether the formation of anthropic forests were deliberate or a result of people living in an area for centuries and disposing of nuts, seeds and waste that just happened to spread desirable plants and provide a diverse food resource. Power doesn’t take a position on that, saying the combination of developing ADEs and polycultures and agroforestry were both long-term solutions to mitigating food scarcity that occurred during times of extreme climate variability, such as during the Medieval Climate Anomaly.

Diverse agriculture associated with the dark soil, with inhabitants growing corn, squash, maniocs and possibly trees, made some groups better able to withstand climate change. But these practices could not prevent conflicts with others who were flooding into their areas because of climate-induced collapse in adjacent regions.

The situation reminds Power of conditions in Ethiopia, a country from which he recently returned and is working on a similar interdisciplinary project trying to understand the rise and fall of the Aksumite Empire. Today, something like 85 percent of the population participates in agriculture production, which still relies on seasonal rainfall in many regions. Climate extremes can cause the wet season to come late some years, or even not come at all.

This causes a ripple effect, encouraging young generations to migrate, mostly to Europe, he said.

Likely, a similar thing happened with migrations in Amazonia in the period before Columbus. The newcomers were “like climate refugees,” Power said, “which is an interesting corollary to today’s problems.”

“I believe the most important aspect of the research is showing how societies respond differently to climate change depending on several factors like the size of their population, their political organization, and their economy,” said the study’s lead author, Jonas Gregorio de Souza of the Universitat Pompeu Fabra, Barcelona, Spain.

“We started the research expecting that climate change would have had an impact everywhere in the Amazon, but we realized that some communities were more vulnerable than others. To summarize one of the main ideas of the paper, those pre-Columbian peoples that depended heavily on intense and specialized forms of land use ended up being less capable of adapting to climatic events.”

“Together, we have a better understanding of the long term changes in climate and human activity,” she said. “These long-term perspectives on how people responded to past climate variability, including droughts and increased fire activity may help provide insights into human adaptation and vulnerability to modern anthropogenic climate change.”

Besides Power, de Souza and Maezumi, other coauthors are with institutions in the United Kingdom, Pennsylvania, Texas, Switzerland, Brazil, Peru, France and the Netherlands.