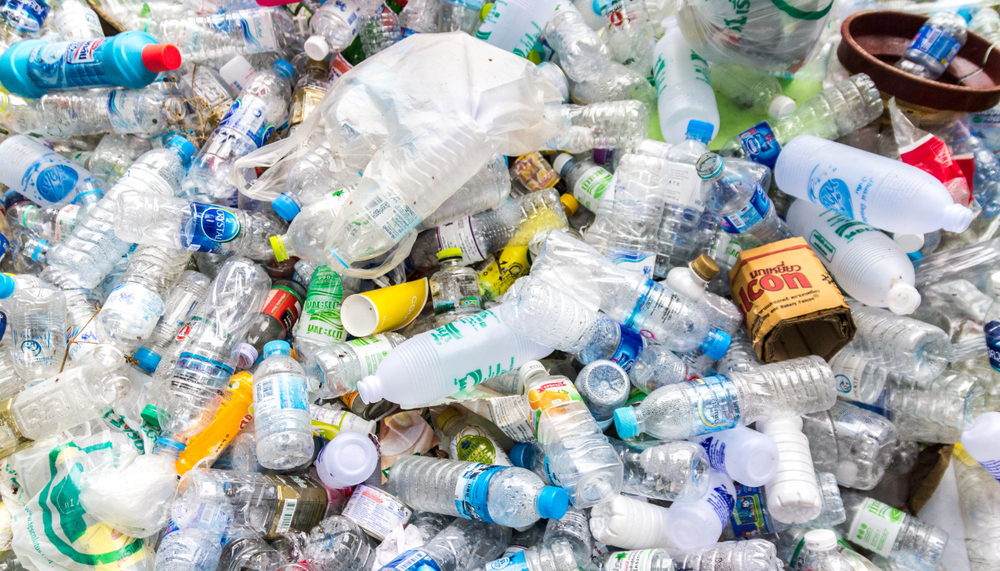 Japan wraps everything in plastic. Now it wants to fight against plastic pollution.

My bagels come individually wrapped in sealed plastic bags. At the counter, if I’m not paying attention, they’re carefully packed together in another plastic bag, before being placed inside a third plastic with the rest of my shopping.

Japan’s obsession with hygiene combined with its pride in “omotenashi,” or customer service, dictates that everything is meticulously wrapped, rewrapped and bagged in multiple layers of plastic.

In one local shop, even the potatoes and carrots are individually shrink-wrapped. Every person in Japan uses around 300 or 400 plastic bags a year, or more than 40 billion for the entire nation.

“Fukuroo irimasen” was among the first phrases I learned here. It means: I don’t need a bag.

Japan also is having to adapt as environmental groups and others raise the alarm about how to cope with a world awash in plastics.

At next week’s Group of 20 summit of industrialized nations in Osaka, Japan will call for accelerated “innovation” and greater international cooperation to counter plastic pollution.

Domestically, it also announced its own action plan this month.

Japan said it will install more collection boxes for plastic waste around the country, promote cleanup activities in rivers and on beaches and step up efforts to develop biodegradable packaging materials.

In the meantime, consumers in Japan have their own struggles — just to keep up with the rules on recycling.

The Yokohama city government’s household guide to the “Separation and Disposal of Garbage and Recyclables” is eight pages long, with detailed instructions on how to separate the trash into 10 broad categories, from cloth to paper and cardboard, from small metal items to various types of plastic.

Milk cartons, for example, must be rinsed with water, cut open and dried, then bundled together with items of same size with a paper string: unless, that is, the interior is processed with an aluminum or wax coating, in which case they go in the burnable garbage.

“Caution!” it warns on Page 8, packaging from frozen foods and snacks with a silver-colored lining is considered “plastic containers/packaging” only if it’s stamped with the relevant logo. However, vinyl bags for home medical use are considered burnable garbage even if they have the same logo.

“You need a PhD to understand the recycling rules,” is a common refrain among foreigners living here.

So obsessed are the Japanese with recycling that Airbnb initially ran agroundhere after a storm of complaints: foreigners, many people moaned, simply don’t understand how and when to put the trash out.

Thanks to this monumental effort, Japan’s government boasts that 86 percent of the 9 million tons of plastic waste the country generates every year is recycled, with just 8 percent burned and the rest sent to landfills.

An impressive number. Until you look under the hood.

In fact, despite all the sorting, around 58 percent of Japan’s discarded plastic ends up being sent for what is called “thermal recycling:” incinerated to produce heat and electricity.

But many ordinary people are blissfully unaware of the reality.

“We trust too much in the government,” says Kenji Fuma, CEO of Neural Inc, a consultancy that advises companies on sustainability. “Nobody knows what happens after the waste is collected, but people believe the government treats it well.”

Japan boasts its high-tech incineration plants filter out the harmful dioxins produced by burning plastic and it’s even exporting the technology to the rest of Asia.

Still, burning plastics made from fossil fuels releases carbon dioxide into the atmosphere, contributing to global warming. It’s also a betrayal of all the public’s efforts to sort out the waste, argues Sirine Rached of the Global Alliance for Incinerator Alternatives.

“The costliest part of the waste management operation is the sorting, and when consumers are ready to take that on themselves, there’s really no pretext for not effectively recycling afterward,” she said.

The exports are no less of a problem — contributing to widespread environmental problems across Asia. China’s 2018 ban on importing plastic waste has created a crisis, Some exports have shifted to other countries, while hundreds of thousands of tons are piling up at municipalities across Japan.

One study found 80 percent of the anchovies in Tokyo Bay contain plastic: another found more than three million plastic bags in the Bay of Osaka.

On a per capita basis, Japan consumes more plastic than the European Union average and China, but less than the United States, according to the United Nations Environment Program.

The government says it wants to reduce plastic use by 25 percent by 2030, and Environment Minister Yoshiaki Harada announced plans this month to force stores to charge for plastic bags.

Harada acknowledges that plastic bags only account for a tiny proportion of the total waste, “but it’s an item overwhelmingly familiar to consumers, which has been wasted to a considerable degree,” he said in an interview.

But the government’s modest plans fail to impress environmentalists, who fear the country will be swamped by a tsunami of ever-growing plastic production.

“It’s unfortunate, very unfortunate,” said Yukihiro Misawa at the World Wildlife Fund for Nature, talking about the latest plans. “They don’t say a word about reducing the use of plastic.”

Public awareness of the problems associated with plastics is low in Japan, but it is growing as some newspapers call for an end to the “culture of disposability.”

Supermarket and retail chain AEON says that more than 1,700 out of their 3,085 stores already charge for plastic bags, and hopes to reach 2,500 by February. The 7-Eleven chain of convenience stores says it aims to eliminate plastic bags by 2030.

The rural southwestern township of Kamikatsu has gone even further. In 2003, unable to afford the high costs of incineration, it set itself the goal of becoming zero waste by 2020. Today, through sorting, processing and re-use, it recycles more than 80 percent of its waste, and has become a global model for sustainable living.

On the other side lies the immovable force of the country’s business community, intertwined with the ruling party and the powerful Ministry of Economy, Trade and Industry. On plastics, as on much else, they are deeply resistant to change.

“A lot of retailers and restaurants are starting to change, but the big resistance is from manufacturers who don’t want to change their ways,” said consultant Fuma. “Japanese manufacturers are way behind their European and American competitors, and the Ministry of Economy doesn’t say anything about reducing plastics use.”