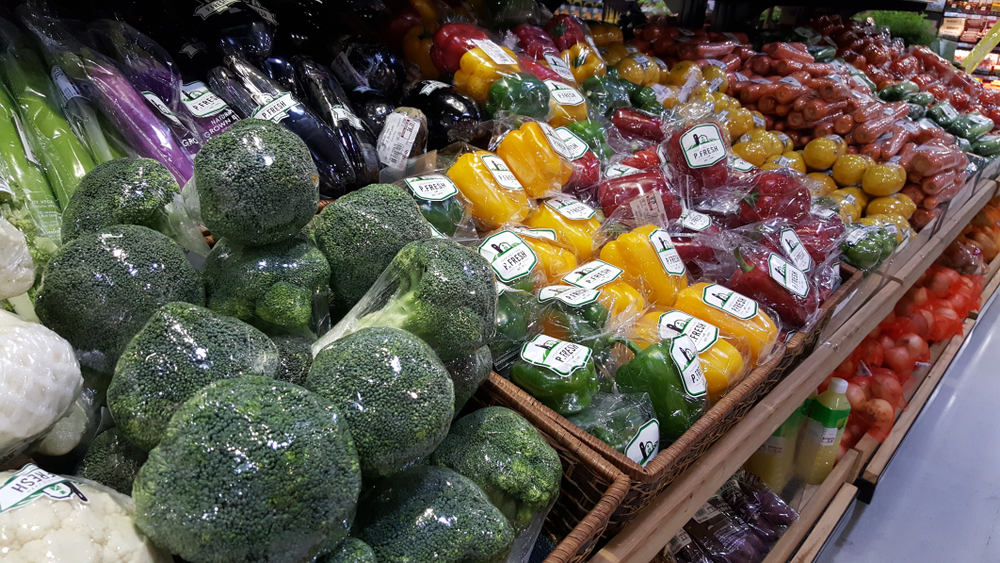 Abundle of six small brie cheeses from Trader Joe’s seemed to sum it all up. Each 0.9oz wheel was encased in flexible clear plastic, bound together in a plastic sack, to be sold to Americans who might carry it home in a single-use plastic shopping bag, none of it apparently recyclable.

Supermarkets in the United Kingdom have at least attempted to reduce the more than 800,000 tons of plastic waste they sell each year, starting plastic bottle deposit schemes and ending sales of plastic bags.

But American grocers, who serve a population nearly five times larger, have taken comparatively little action. Trader Joe’s has promised to reduce plastic by 500 tons in 2019; Kroger said it would stop giving out plastic bags. Yet the radical changes needed to tackle the problem still feel distant.

As part of United States of Plastic, a new Guardian US series on America’s plastic waste, we undertook an unscientific survey of five grocery stores in New York City – Trader Joe’s, Whole Foods, the supermarket Fairway, the Korean grocer H-Mart, and the convenience store 7-Eleven.

No data appears to exist on how much plastic packing America’s supermarkets generate each year; would a walk through the stores give us a sense of the scale?

Plastic, often low-quality and unrecyclable, felt like the only thing more ubiquitous than the food itself – and it was prevalent everywhere we shopped. H-Mart sold a single butternut squash in red plastic netting.

At Whole Foods, whose entire business is based on marketing sustainability, plastic-wrapped vegetables were sold alongside hard plastic containers bagged in plastic. Whole Foods also sold a plastic bag holding individually plastic wrapped salmon filets in the freezer section. In another aisle, there were plastic-lined juice boxes with plastic straws wrapped in plastic.

Stores removed and replaced nature’s readymade coverings with plastic – such as pre-peeled garlic cloves and de-husked corn encased in clear wrapping. At H-Mart, we found a skinned and halved butternut squash laid flush against a foam board. Peppers from Fairway, sliced into odd shapes and robbed of their seeds, were also cased in plastic.

The average plastic bag is used for just 12 minutes, but it could take 450 years to break down

All the stores wrapped plastic around eggs and even hard-boiled and peeled eggs were sold in plastic cases. Trader Joe’s snuggled two fennel bulbs in a plastic clamshell. Excluding 7-Eleven, every store tucked baby greens into rigid plastic shells.

In many cases, the plastic was not recyclable. But even if it could be, history proves it probably won’t be: only 9% of the plastic ever produced has been recycled. Plastic at the grocery store offers momentary convenience in exchange for a lifetime of trouble – research has found the average plastic big is used for just 12 minutes but could take 450 years to break down.

Nevertheless, American supermarkets continue carrying products that use excessive and difficult to recycle plastics in the name of convenience, cleanliness, or individual and child-sized portions.

This shopping experience felt like a stomach-turning psychological reckoning, as the disturbing images of what happens to our plastic once we’re done with it flashed through my mind: the autopsy photos of the juvenile whale who died of “gastric shock” after ingesting 88lb of plastic bags. The rainbows of bottle caps which grinned through decomposed birds. The sea turtle writhing as scientists pried a straw from its nostril.

When we unloaded our haul, a rainbow of netting, clam shells, films, bags, cases and shrink wraps tumbled out.

Recycling felt like a joke, given the small mountain of plastic we bought in just one $339 shopping trip, or about half a month’s worth of groceries for a middle class American household. It made piecemeal changes, like a bag tax or a straw ban, feel like a watering can at a wildfire. As we left the office that day, a sign in the elevator marked the holiday: Earth Day 2019.